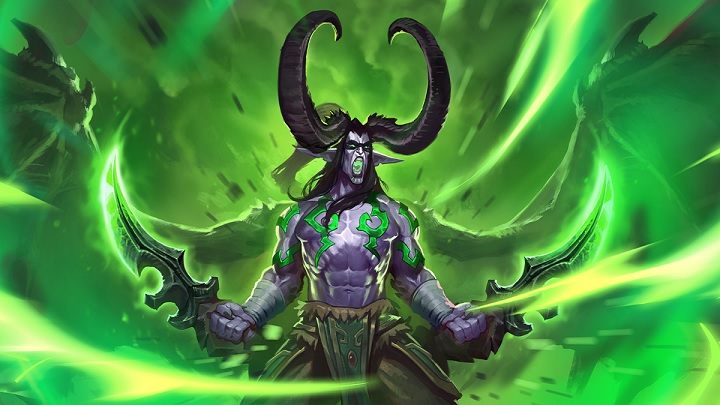 We already know next year's attractions in Hearthstone.
Key information:

Another year in Hearthstone is behind us, so it's time to announce the next new features of this popular card game. Blizzard has revealed its plans to develop the game across the next 12 months. There have already been some signs that there are some big changes ahead of us. So what have the creators prepared for us?

Something for newcomers (but not only)

Next week, Blizzard will introduce a handful of patches to help new players begin their adventure. If you haven't logged on to Hearthstone for at least four months, after March 26 you will receive a free deck made up of cards available in Year of the Dragon for a chosen class. This will be a one-time gift on each account, but should make it easier to start the adventure with Hearthstone or return to the game after a long absence.

The new card pack system will also be of great help to all players. So far, every time we open a pack we could get any card from the set, even if we have already had two copies of it in your collection. The exception to this are the legendary cards: if we don't have all of them, the game always draws us those that we don't have yet. From March 26 this will also apply to regular, rare and epic cards. Importantly, even if we have disenchant a card, we still won't get it from the packs until we get all the other rare items of the same type from that particular add-on.

Leagues and prizes in ranked games

Blizzard has already been tinkering with Hearthstone's ranked mode before, but apparently the devs weren't satisfied with the results. Therefore, the creators decided to make further changes. From April onwards, the games will be divided into six leagues of ten ranks each (except the last one): Bronze, Silver, Gold, Platinum, Diamond and Legendary. As before, every five promotions we will receive a so-called guaranteed rank, which means that after a loss we will not drop below a certain level. The same applies to the promotion to the next league, which requires a Rank 1 in the previous one.

This is how the seasonal progress system will look like in the new ranked mode.

Developers have also decided on an interesting solution to preserve the progress of the previous season. So far, this has translated into starting new games from a certain rank, depending on our previous results. From April, all players will start from the lowest level (Bronze 1), but in return they will get a bonus in stars. In practice this means that for one win we will not receive one of the three stars needed for promotion, but five. The double bonus for a series of wins will still apply, which in this case would mean getting ten stars for each win. However, to avoid making things too easy, each rank we gain will reduce this bonus by one. 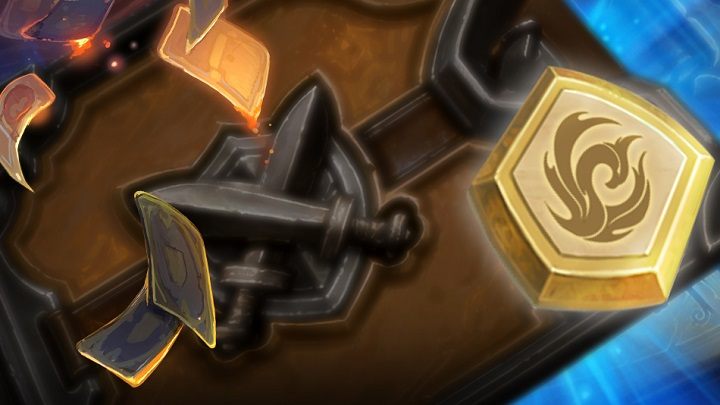 The Year of the Phoenix will bring with it many changes.

The reward system will also be changed. First of all, the special reverse of the cards will be received immediately after we have played five games, and not after the end of the season as before. Secondly, the contents of chests awarded for obtaining a certain rank will also change. Before, we could find one card and a modest amount of dust in them, in addition to the aforementioned reverse. Since April, our achievements will be rewarded with many cards and packs from the latest expansion. In addition, there will be one-time prizes in the game, received for achieving the 5th or 10th rank in each league for the first time (including promotion to legendary).

The new year is also another change in the game's balance. The Hall of Fame (the list of cards not available in the Standard) will be joined by another five neutral cards. These are: Mountain Giant, Acolyte of Pain, Mind Control Tech, Spellbreaker and the beloved Leeroy Jenkins. As always, we will be compensated by the cost in dust and the ability to disenchant them at full cost. 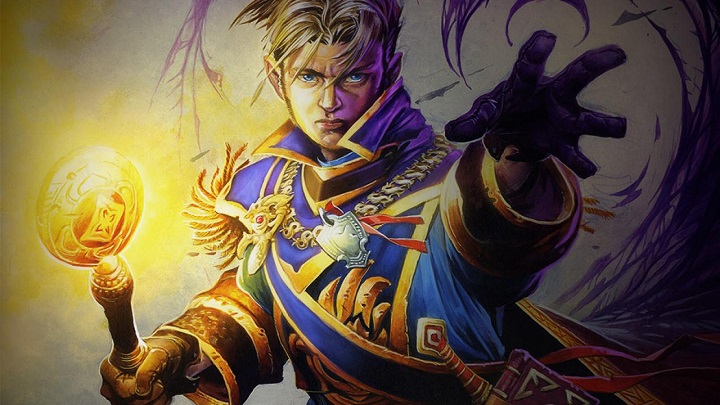 The priest will be updated soon.

However, this is not the end, because apart from that, six priest cards will disappear from the Standard: Holy Fire, Shadowform, Prophet Velen, Divine Spirit, Northshire Cleric and the Auchenai Priestess. Contrary to appearances, this is not about weakening this class. Blizzard decided to refresh the priest a little, who in return will receive six new primary classes and a handful of reinforcements for the existing ones. The latter will cost less mana, and some will have more powerful effects.

Back to Outland and new class

Changes be as they are, but the new year in Hearthstone can't do without a new expansion. This is what the Ashes of Outlandare, a new add-on which has just been announced, in which Illidan, a fan favorite, will return. The demon hunter and his henchmen will face a threat from the Rusted Legion, made up of semi-mechanical beasts. This story will be revealed in a new adventure. It has not been confirmed whether it will again extend across the entire Year of the Phoenix, but the warm reception of the League of E.V.I.L. campaign would also indicate such an option.

There is no doubt about the addition if new cards and mechanics. The latter include another keyword - Outcast. Cards with it will gain additional effect after playing a card from the left or right edge of the hand. What's most important, however, these cards will most likely constitute an exclusive arsenal (as suggested by the entry on the official website of the game) of the new, tenth class - demon hunter. Yes, after six years Blizzard will finally add a new type of hero. This one will be supported in this year's expansions, receiving 15 new cards in each. The class itself will be unlocked in the free adventure prologue, which will be released on April 2. And the pre-orders of Ashes of Outland are launching now.

We'll have to wait for these and other news, but today we've already got another update in Hearthstone. It focuses on changes in the popular Battlegrounds mode (the resident auto battler mode) and the balance of the game. The latter boils down to undoing the nerfs of certain older cards, including such infamous examples as Yogg-Saron, Hope's End and Raza the Chained, Additionally, players will receive a free legend for logging in to the game. You have until June 29 to collect your gift.

Italian Hospital can Save More Patients Thanks to 3D Printers [Updated]