Hearthstone is now eight years old, but players of the popular free-to-play card game may have reason to be concerned. Blizzard Entertainment has unveiled the new features planned for the second season of Battlegrounds - a mode added in 2019, which has gained the liking of players to such an extent that for many fans it has even become the main way to play the game. Update 24.2 announced on August 30 will add quest mechanics and two new heroes, but it will also introduce a not-so-desirable element: premium currency.

Real money purchases in Hearthstone store will be phased out in favor of a virtual currency called runestones. The new currency will be purchased from both the in-game store and the Battle.net store, once the update is released. Blizzard also added a FAQ dedicated to the issue in a statement.

"We have no plans to use gold in Battlegrounds. Players who don't want to spend real cash or runestones can enjoy free rewards on the Battlegorunds reward path," Blizzard explains

We're talking about content that will be unlocked for free or with a season pass over the course of the game.

Blizzard didn't stop there, however, most likely knowing that the community will look unfavorably on the changes. The FAQ also addresses other issues:

"Some products, such as pre-order sets, Hearthstone inn pass and bundles (buying more than one at a time) will be purchasable with money or runestones. With the introduction of runestones, we will be able to expand our offer with more minor items. Stones will be found in sets of various sizes, in quantities corresponding to our main products (such as the season pass in Battlegrounds)."

Typically, premium currencies are sold in amounts that do not directly correspond to the cost of items in the store, which means that the customers have to buy more than they want. Blizzard says the conversion rate of the old price list to the new one will remain unchanged. Less clear, however, is the new content dressed up with the words "we will be able to expand the offer with more minor items" - this information leaves unanswered the question of what counts as minor items and how many will there be?

The community is not happy. Reddit users seem most upset about the paid reward path, which admittedly focuses mainly on cosmetic items, but the first gratification is two additional hero slots. These, as of the update's launch, will not be purchasable in any other way. Players who don't opt for the season pass will be stuck choosing from two heroes, while those who pay will be able to choose from four. 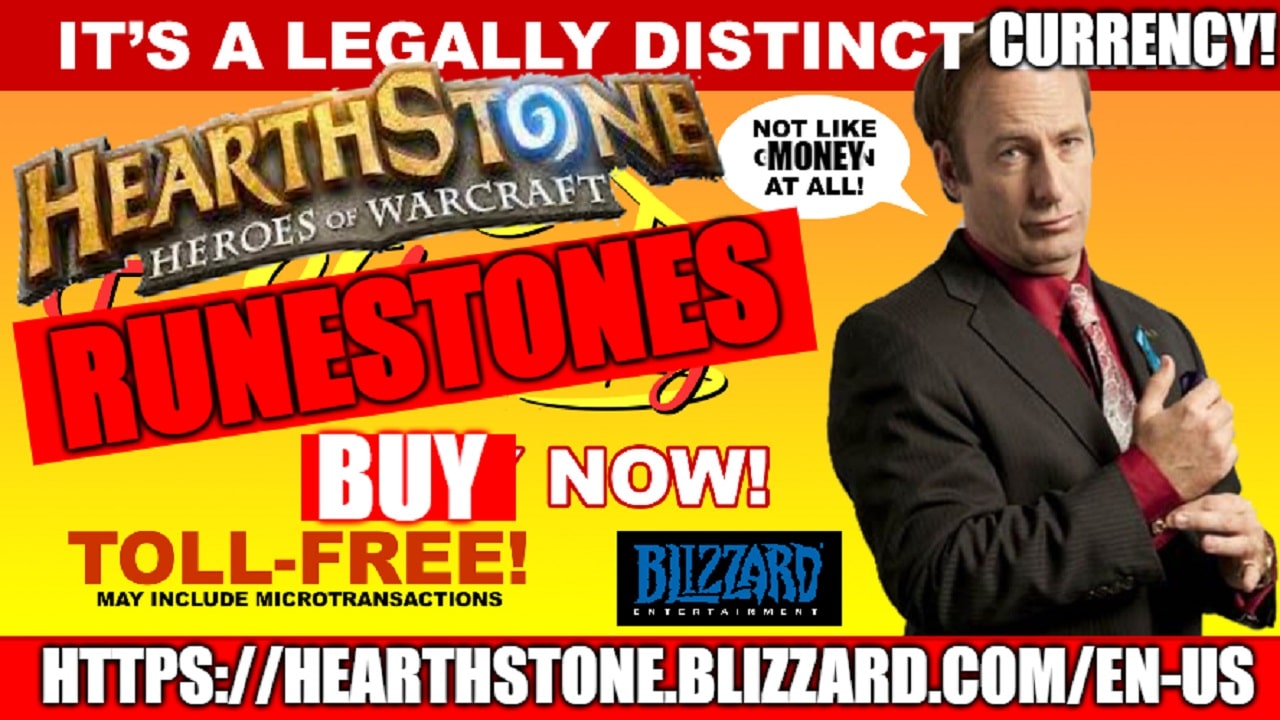 One of dozens of memes created by an angry community

Blizzard's changes have sparked a wave of outrage for the umpteenth time. It would seem, that after controversial microtransactions in Diablo Immortal, or the announcement of Diablo 4 as full priced live-service game the giant would be more cautious in planning its next step. Nothing could be further from the truth - monetization in Hearthstone was announced suddenly, and the fans are not happy about it.

Hearthstone was released in 2014 on PC and Android and iOS mobile devices. The title received both player and critical acclaim from the get-go. In 2017, Blizzard boasted of more than 70 million accounts in the game - it seems that the current results remain just as good.

The Last of Us Remake Faces Giant Leak; Developers Hunt Down Videos [UPDATED]

Remedy Reminds That Alan Wake 2 is a Sequel