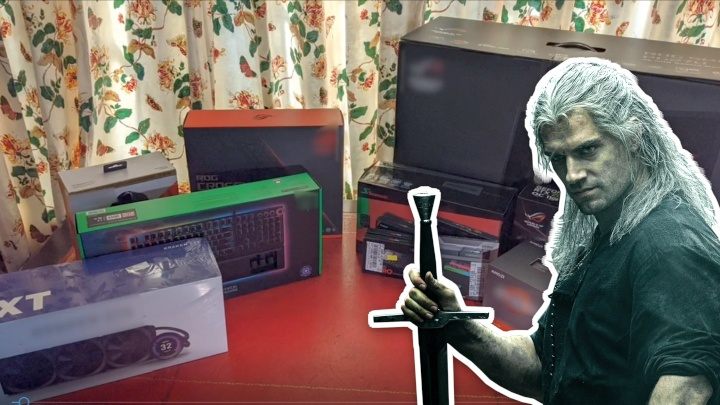 The beginning of the video presents components of Henry Cavill's PC. Source: Instagram
IN A NUTSHELL:

The recent video published by Henry Cavill is very popular. In 18 hours it was watched by almost 3 million people. The actor proved in it that apart from chopping wraiths on the set of The Witcher, he can also assemble a PC. I analyzed the video and made a list of PC components used by the actor. Let's check how much cash would we need to prepare to make ourselves a "Witcher's PC".

Since the configuration presented below is based on a video where not everything is visible (e.g. the size of RAM), some components are my educated guesses (marked with an asterisk "*").

As you can see, it's rather high-end equipment. The purchase of a computer, which Henry Cavill has assembled, may reduce our budget by $6510. The prices I have provided are average prices from Amazon, valid at the time of publication of this news. If someone found, for example, this particular GPU is 17% cheaper on eBay - well, it is possible. 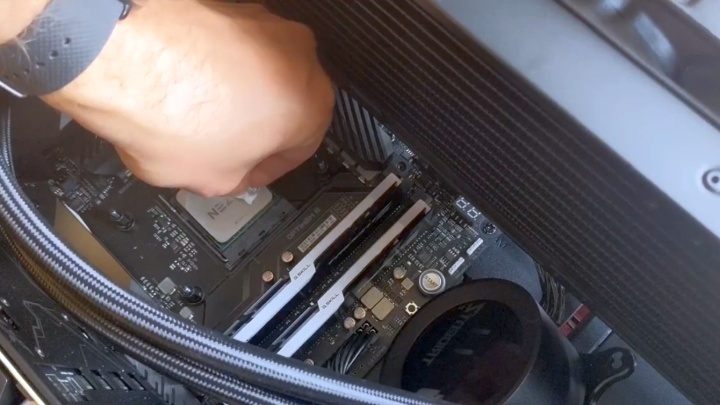 The moment when Henry Cavill fixes the location of CPU cooling. Source: Instagram

During the video, Cavill does not give much information about his computer (his comments are more about the assembly process itself), and some parts of the image have been blurred, which made it even more difficult to recognize the components. However, inferring from the class of other elements, I assumed that these uncertain components are also high-end models. That's why the power supply is the PX 1000W or Prime 850W version (both have a similar price), and the RAM has a capacity of 32 GB.

However, if someone has a better eye or information - I invite you to write a comment. In the first minutes, we also see a box that probably contains Steelseries Arctis 5 headphones, which cost about $90. I thought it was an optional accessory, not included in the price of the set. The original video, in which Henry Cavill is assembling his PC is available here.

King of Seas: A Procedurally Generated Pirate RPG Announced for the Switch