Looks like subway travels across Night City will be more like teleportation. According to GameStar, one of the game's creators admitted in an interview that Cyberpunk 2077 will not feature scenes of subway travels similar to those presented in promotional materials.

Separatist Crisis mod for Mount & Blade II: Bannerlord is in the works. The action will take place in the universe of Star Wars. So far, it is not known when this fan project will have its release.

CD Projekt RED confirmed that Cyberpunk 2077 will work on Windows 7. Unfortunately, this cannot be said about PCs running Windows 8.1.

Some Ghost of Tsushima players complains about the visual contradiction of the bow with other parts of the main character's outfit. The developers are asked to add an option to hide this weapon in the game settings.

Hangar 13 revealed the world map from Mafia: Definitive Edition. On this occasion, some of the changes that took place in Lost Heaven compared to the city from the original title were discussed.

Mojang's cubic game has been developing continuously since 2009. Over the years, the creators' ideas have evolved and some elements of the game have been removed, others changed, and still others never made it to the game.

On the official message board of CD Projekt RED, reports based on the latest issue of Gamestar magazine have appeared, suggesting that the hacking mechanics in Cyberpunk 2077 have been simplified and now resemble a fantasy game's magic system in some ways.

It seems that the full version of Android 11 has greater requirements than Microsoft's latets Windows OS. Google OS will be installed only on phones equipped with more than 2 GB of memory. Weaker smartphones will have to use the shafted version called Android GO.

According to user ohnePixel, a Chinese collector paid 100 thousand dollars for StatTrak M4A4 (Howl) skin for Counter-Strike: Global Offensive. This is the most expensive item of its kind in history.

Digital Foundry has released a video on which it tests the Microsoft Flight Simulator on various settings and hardware configurations. This enables us to, among other things, find out how the game is performing on mid-range hardware.

A large number of people playing the shooter Valorant complain about the sound in the game. In their opinion, the sound system used in this title does not allow to properly determine the position of enemies, which is very important in this type of title.

Xbox Among Top 100 Brands in the World; No Sony and PlayStation

Xbox was ranked 65th in the BrandZ Global Top 100 ranking, presenting one hundred most valuable brands in the world. Interestingly, the ranking does not include the competing PlayStation.

Ubisoft offers a free seven-day trial of the Uplay Plus service, which includes access to over 100 games from Ubisoft's catalogue. The action will last until July 27.

One of the main problems in Mount & Blade 2: Bannerlord is the issue of acquiring a fief. Fans of the game complain that even though they have captured a castle or a city, they can't become their owner. An inquisitive player explains the mechanic. 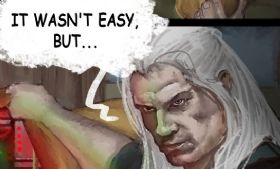 The long-awaited Team Fortress 2 Classic mod has went live. It restores the popular title to the state back from 2008-2009, so we can see again many elements that have been changed or removed from the game since then. The mod is available for download for free on the developers' website.

Henry Cavill and His PC - How Much Does Witcher's PC Cost

Henry Cavill, known i.e. for his title role in The Witcher from Netflix, has published a video on Instagram, where he assembles his PC. We give the specs and estimated cost of this particular rig.

Skyrim Once Again, This Time on PS5 [Updated - Debunked]

French Amazon may have revealed the release of The Elder Scrolls V: Skyrim on PlayStation 5. The game's page was briefly shown, with launch scheduled for this year.

Polish PC component store x-kom has added PlayStation 5 to its offer, which enabled us to learn the unofficial price of the device.