Intel is giving up on nanometers and preparing to develop more manufacturing technologies. It is expanding one of its US factories and plans to build a new facility. This is part of the IDM 2.0 strategy announced in March. A significant increase in production capacity is likely to address the global shortage of microchips and the popularity of AMD processors (including Ryzen 5600X). The new hub equipped with the latest manufacturing techniques is expected to allow for achiving further degrees of chip miniaturization.

Intel's megafactory is to be built in the U.S. and according to some estimates it may cost up to $100 billion. One production line of semiconductors is a cost between 10 and 15 billion dollars. The new factory is to contain 6 or 8 such lines. The facility is to be powered by a dedicated power plant, create 10,000 jobs directly, which in turn should create another 100,000 jobs. According to Pat Gelsinger, an Intel executive in an interview with the Washington Post:

"So, essentially, we want to build a little city."

Unfortunately, construction could take as long as three years, which is the proverbial fly in the ointment that is this message. We may see the impact of the Hillsboro (Oregon) facility expansion sooner. The first machines are now arriving on site, such as the 10-tonne thin film deposition machine. At least a dozen of these machines are expected to be delivered in the future. The factory's expansion (called "Mod3") is expected to cost 3 billion dollars. 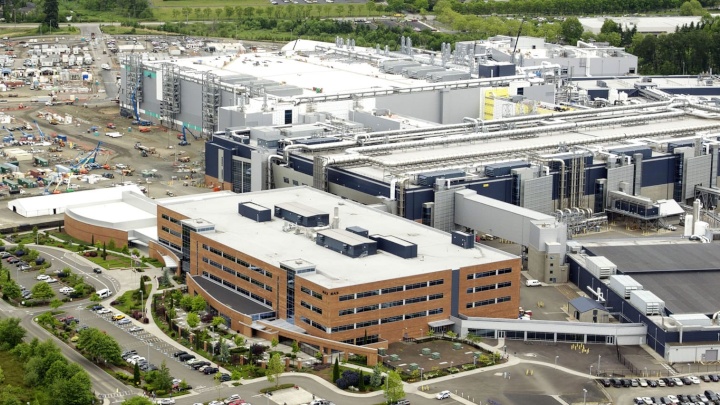 As you can see, Intel is now betting on manufacturing in the US. Gelsinger argues the change in location this way:

"We are going to build back on U.S. and European soil so that we have a more globally balanced supply chain."

It seems that China, at least for a while, is no longer seen as an ideal place to locate all the production. The pandemic has changed the reasoning of companies in planning supply chain strategies. Diversifying locations makes them more resilient to a variety of events, both local and global.

You Have a Boxed Copy of Cyberpunk 2077? It's Got Evidence for Devs Cutting Content

Sam & Max: Save the World - Refreshed Edition of Telltale's 2007 Game Finally on Xbox One

Gigabyte Hacked; 112 GB of Documents From AMD and Intel in the Hands of Attackers

Main Cast in the New Poster for Dune

You Have a Boxed Copy of Cyberpunk 2077? It's Got Evidence for Devs Cutting Content