During his final livestream character reveal, Super Smash Bros Ultimate director Masahiro Sakurai revealed that the final DLC character was none other than the Kingdom Hearts protagonist, Sora. Sakurai also took the time to give details on the new character, showing Soras entire moveset, a new stage, and of course, taking Sora out for a test battle. Sora was revealed in a cinematic trailer reminiscent of the original Super Smash Bros. Ultimate teaser from back in 2018, bringing the game full circle.

Much of the livestream (which you can watch here) was spent showcasing Soras moves, from his smash attacks to his special attacks. An interesting note is that Sora is one of the lighter characters in the game, making his floaty fighting style all the more accurate to that of his iconic Kingdom Hearts style. Aside from that, Sora appears to be focused on getting a flurry of combos on his opponents, as well as cycling between three elemental magic projectiles. Sakurai encouraged all players to try out the new character, saying that Sora is not as complicated to learn as some of the other DLC characters.

The addition of Sora will also include many of his costume changes throughout the Kingdom Hearts series, from the original to the most recent, Kingdom Hearts III, even including a Timeless River design. A new stage based around the Hollow Bastion, a landmark for most Kingdom Hearts fans, will also join the game along with three new Mii Costumes, including the Doom Slayer from Doom. 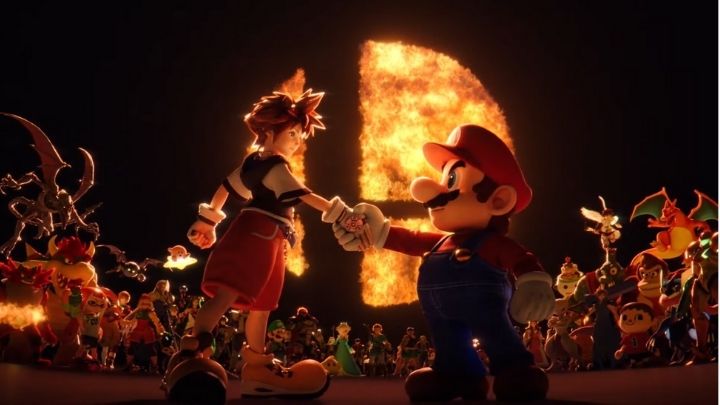 Sakurai also revealed that six years ago in the Smash Bros. Fighter Ballot, where players could vote for their most-requested character, Sora had actually been at the top of the list. But at the time they decided to keep that information a secret. Until now.

Its also worth noting that Sakurai had the privilege to announce that the Kingdom Hearts series would be arriving on the Nintendo Switch at a later, unspecified date.

The final Super Smash Bros. Ultimate character reveal, and most likely Sakurais last livestream, ended with a summary of the milestones the game has reached. The game now has eighty-nine playable characters, one hundred and sixteen stages, and featuring over four hundred and fifty games. Another fun statistic was that there have been over ninety billion KOs, which is a hard number to even imagine.

Super Smash Bros. Ultimate is an accomplishment unlike any other. No other game has brought so many characters together as Sakurai and the Smash Ultimate team have. It will likely be a long time before anyone else comes close again.

Congratulations to Masahiro Sakurai and his team for leaving their mark on video game history.

Sora will be available in Super Smash Bros. Ultimate on October 18th, either as part of the Fighters Pass Volume 2 or as an individual purchase.

Apple Made More Money on Games Than Microsoft, Sony and Nintendo Combined