On June 22nd, Masahiro Sakurai, Director of Smash Bros. Ultimate, unveiled the first fighter in the game’s second Fighter’s Pass. It was already known that a character from the fighting game ARMS would be joining the roster, but for months the fan community has been speculating over who it would be. Many assumed that the title character of ARMS, Spring Man, would be the newcomer, but polls across the internet showed that many other characters were more popular among fans. 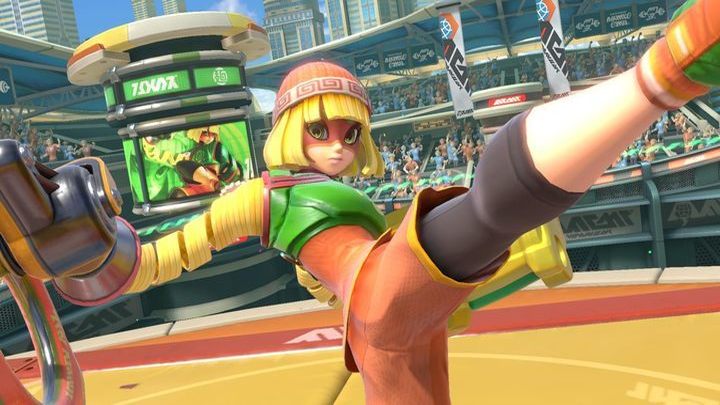 Speculation ended when Sakurai revealed that the character joining Smash Bros. was none other than Min Min, “a member of ramen royalty,” as Nintendo describes her on their website. During the reveal video, in which Sakurai explained how the character’s moves worked and provided examples of gameplay, he also mentioned that when he asked the producer of ARMS, Kosuke Yabuki, which character he would want to represent ARMS in Super Smash Bros., Yabuki explicitly said “I want Min Min.”

Min Min is a unique addition, generally in the past the first character from a game to appear in the Super Smash Bros. series would be the “title character” or “protagonist.” Yabuki responded to this by saying that in his game ARMS; “everyone’s the protagonist!”. Min Min is now available for individual purchase on the Nintendo E-Shop, or as a part of the Super Smash Bros. Ultimate Fighter’s Pass 2, but who knows when the next character will be revealed.