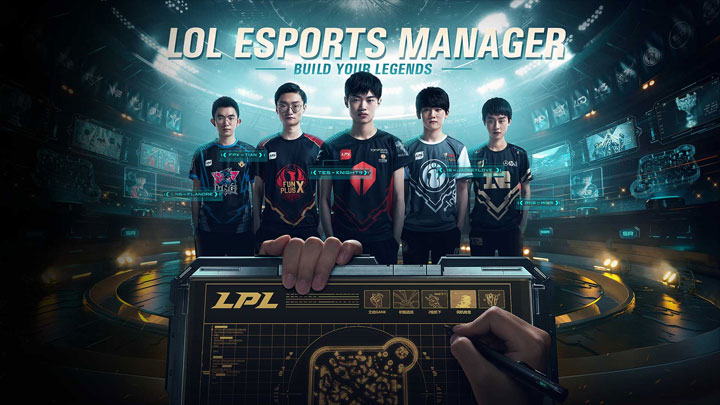 The game will launch next year.
LOL ESPERTS MANAGER IN A NUTSHELL:

Riot Games has just announced a lot of new games, including an online shooter, a card game and an RPG. The most surprising of them was LoL Esports Manager. As the title suggests, will be a production in which we will play the role of a manager of a pro eSports team specializing in League of Legends.

No hardware platforms were provided, but judging by the previous achievements of the team, the PC version seems to be certain. The launch is scheduled for next year.

The game is modelled on other sports manager game. Therefore, we will take care of recruiting players, organizing trainings and creating strategies. The matches themselves are to be managed by advanced artificial intelligence, giving results comparable to those of real matches. Players will also need to get sponsors and deal with bans.

Interestingly, LoL Esports Managerwill feature real-life players and teams. Their statistics will change based on how they perform in the real world. Riot Games intends to share the profits with the teams that will appear in the game. Production will start with the Chinese LPL (LoL Pro League) and more leagues and players will be added gradually as the title develops.

LoL Esports Manager will enable us to play in two modes - solo and multiplayer with online rankings.