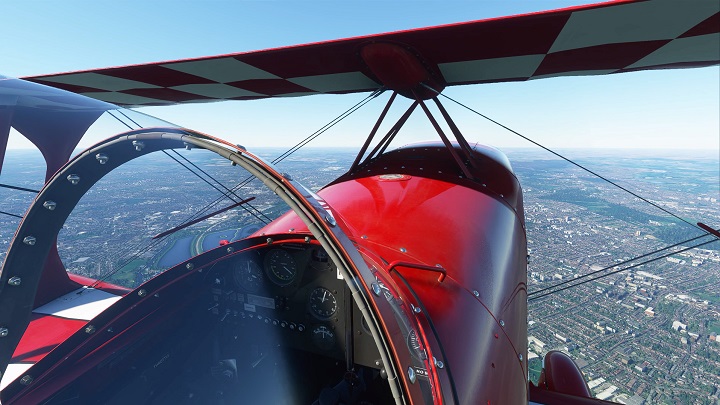 How is Microsoft Flight Simulator doing on various hardware configurations?

Today, Digital Foundry, a group involved in checking video games from technological point of view, released an extensive video, which, among other things, shows how the upcoming Microsoft Flight Simulator is running on various hardware configurations. The material may turn out to be extremely interesting for the players who wonder if their hardware can handle the title and how it looks on slightly worse settings. You can watch the video (prepared by Alex Battaglia) below (the technical discussion starts in about 11 minutes), and in the next part of the news you will find a short summary.

The fact that Microsoft Flight Simulator on "Ultra" visual settings and in 4K resolution presents itself superbly, does not surprise anyone at this point. However, there are some pretty large hardware requirements behind the beautiful visuals (optimized for Intel i7-9800X, 32GB of RAM and GeForce RTX 2080).

However, not everyone can afford high-end hardware, which is why Digital Foundry decided to test the game on several configurations and different visual settings. Everything seems to indicate that Microsoft's simulator has been optimized quite well (although it's very resource consuming either way) and what's most important, even at medium settings, it can impress with beautiful views. Let's take a look at how the game works on the presented configs.

When running the title in 4K resolution and on "Ultra" settings, the combination of AMD Ryzen 3900X and RTX 2080 Ti card was enough to reach 30 fps, but 60 fps was too much to ask (it should be noted that the tested version could not lock the number of fps). There is also a slight decrease in performance, depending on how close to the ground we are. 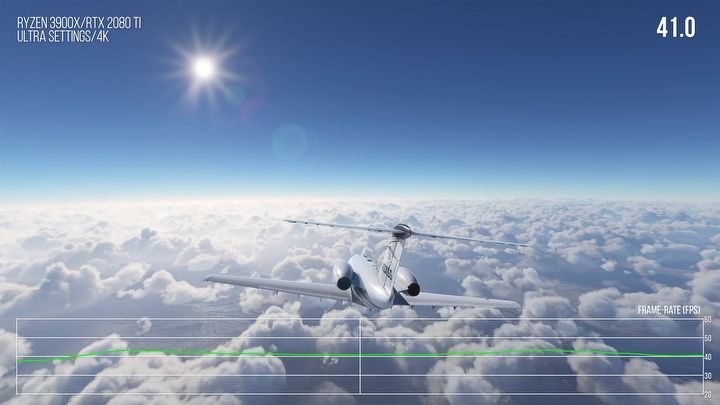 However, when we reduce the resolution scaling to 70% from 4K on the same hardware, the 60 FPS limit is almost at our fingertips. The creators of the material also noticed that the game runs much smoother when launched at a lower resolution than the default resolution of our monitor (almost 80 fps at 1080p), which shouldn't be a big surprise. 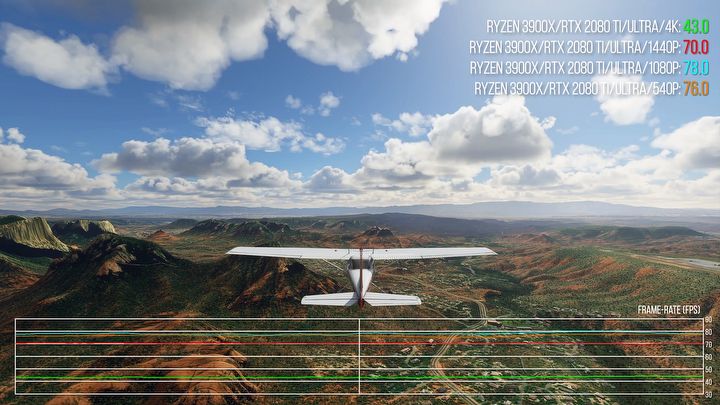 Of course, reducing visuals settings in 4K resolution resulted in much better performance. Battaglia said that the most efficient option was "Medium", which allowed for constant 60 fps and didn't make the game look lacking (in flight the biggest difference is seen in the clouds). Only on "Low" we will see a decrease in quality, which, however, made the game achieve over 90 fps. 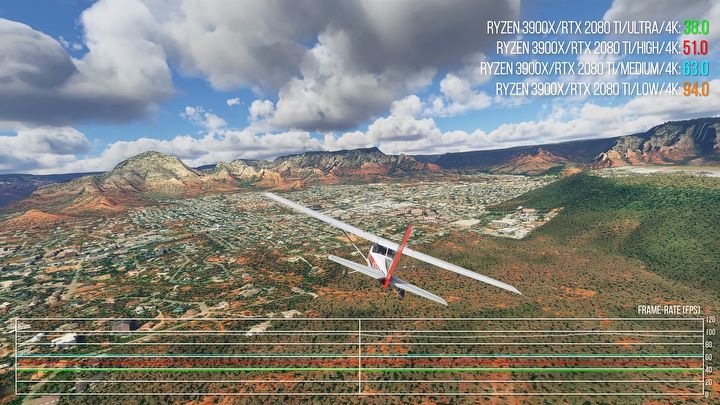 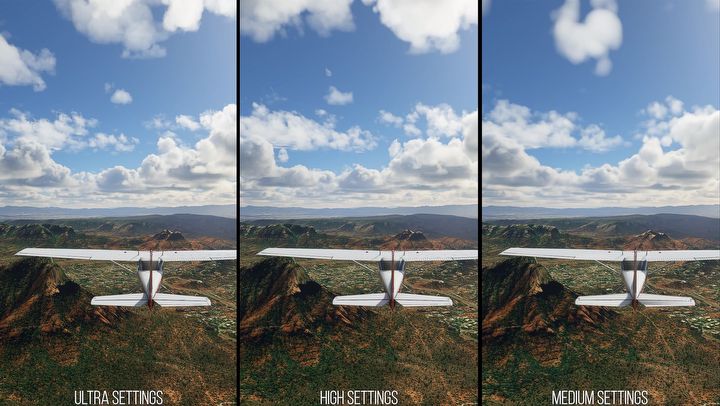 When we use a mid-tier configuration - an Intel Core i5 8400 with a Radeon RX 580 or GeForce GTX 1060 - at high visual settings and 1080p resolution, we can expect 30 to 40 fps, although we can see that Nvidia's card is doing a little better. By switching to medium settings, we will get a significant performance jump of up to 15 fps. However, with such hardware, 60 fps can be achieved only at low settings. 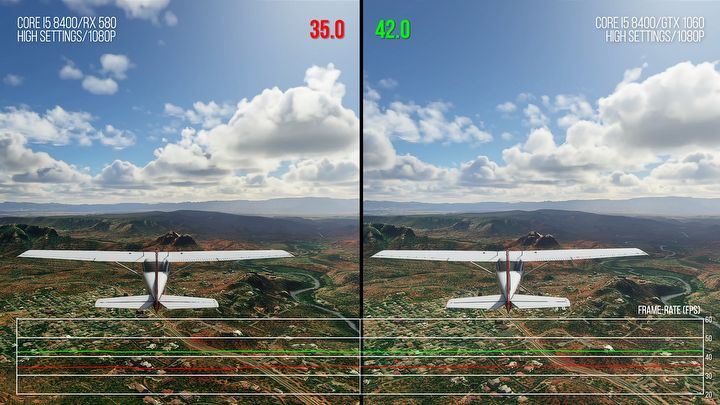 As we can see, we'll need powerful hardware to launch Microsoft Flight Simulator in the best possible visuals. The game requires enormous processing power, but looking at the gameplays and screenshots presented so far it is not difficult to imagine why. However, owners of slightly weaker hardware do not have to worry too much. On a mid-shelf PC, the title can still look stunning and run smooth.

Finally, let's recall that Microsoft Flight Simulator will launch on PCs as early as August 18 (its basic version will be available for free for Xbox Game Pass owners), and a little later, this year it will also be available on Xbox One.