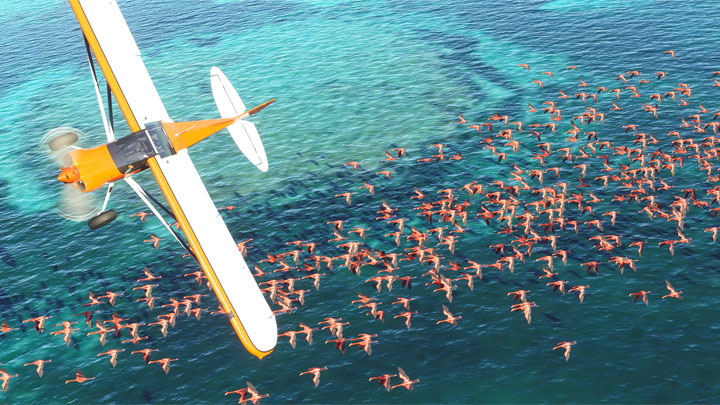 One of the most pleasant surprises of this year's E3 was the reveal of Microsoft Flight Simulator, the next installment of the classic flight simulators series. During the fair few tangible facts were presented, so we welcomed with interest the new entry on official website, where the devs answered the most frequently asked questions of fans.

For fans of the series a huge relief will be the assurance that Microsoft Flight Simulator will receive mod support. In addition, other teams will be able to create their own commercial DLC. This is very good news, because these elements have kept the series alive for the last dozen or so years. Professional and amateur teams have developed thousands of projects for Microsoft Flight Simulator X and that's the only reason why the game still has so many people playing it.

The devs also emphasized that they are creating a real simulator and simplification of mechanics or reduction of the level of realism will not be considered. The game is designed mainly for PC, but the console version will be optimized accordingly.

The authors also intend to offer a flexible control system. The game will offer support for joysticks and accessories such as pedals, but we will also have fun on pads, mouse, and keyboard.

Recall that Microsoft Flight Simulator is coming to PC and Xbox One. The launch is scheduled for next year. The game will also be available as part of the Xbox Game Pass.

On the official website the registration for so-called Insider Program has already started. The players will be selected from among the participants of this initiative to test alpha and beta versions of the game.