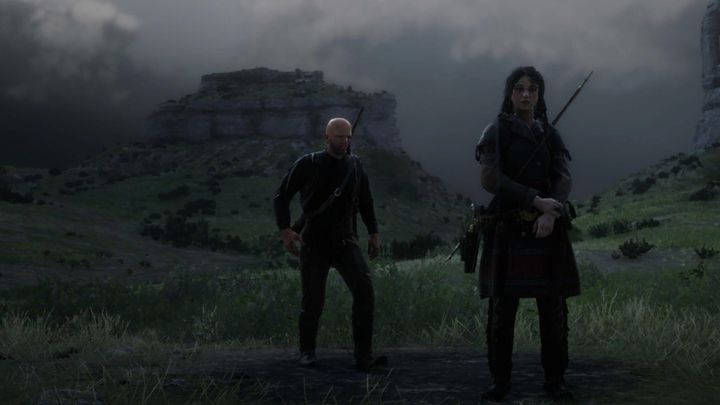 The bald cowboy in RDR Online.

Red Dead Online players report that after the last unsuccessful update, a mysterious bald NPC appeared in the game, who for some reason is identified by the game as a player (he has a blue dot on the minimap). On Reddit we can find a lot of stories describing player encounters with the mysterious figure.

The character behaves strangely, and the glitches make encounters with it often take a very unusual turn and at times resemble scenes from a horror film.

"The dude is hella scary. He came up as a player on the map to me so I went to go wave to him but after realizing he was bugged out I shot him and all he did was look at me then grew two heads.

Then shit started flying, wagons started going everywhere, horses ran in place & doing some weird leg shit. I called my own horse but she never came then the bald man started walking and thats when I flipped the fuck out. Ran outta town fell off a cliff and survived. I was like wow I thought only low honor players go to limbo! Then it crashed. Havent logged on since," says gamegreed. 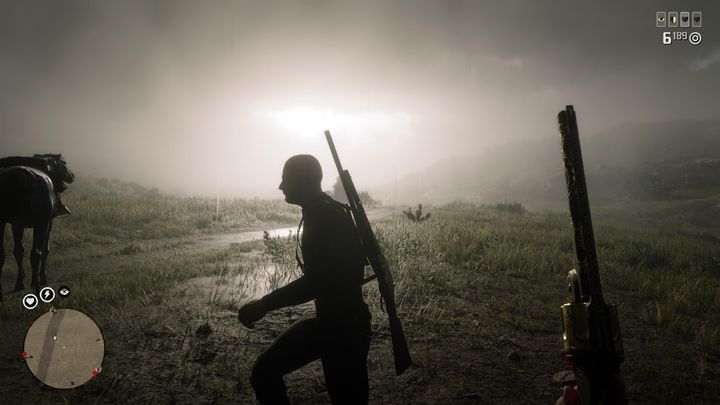 The character appears in various situations.

"He arrested me once. I was doing collecting since that's the only thing we're able to do nowadays i put cinematic mode and opened the map. Suddenly my horse dropped dead, he was holding a bow when I held L2 To him it said "stranger" and I had the prompt "Triangle to surrender" when I did I was stuck in place raising my hands for a minute. Afterwards he just disappeared and I've never seen him since... What is he?? He has a player blip but he's an npc and also a lawman?¿ Because how could I surrender to him?," writes Gunflyzegaming.

Moreover, it looks like the mysterious NPC is not alone. Some users report that sometimes we can also meet another character: a woman with hair in a bun.

"Anyone else seen a woman dressed almost entirely similar with her hair up in a bun? All black with a corset and trousers. She was just walking in place and would react to my gunshots but I couldn't shoot her directly."

Or is it just a hacker?

According to some of the players, the strange character is simply a player who has not loaded his outfit. Some users go even further, stating that it may be a hacker who has recently plagued the community or even someone who hacked... Rockstar Games itself.

"Ive supposedly heard that the reason this update dropped was because of some hacker or some bullshit like that. I genuinely have no idea why this bald man appears but its eerie as fuck that he showed up for everyone once this game had that terrible hot fix," writes Gatorkid365.

"Something sorta similar happened to a friend of mine!! He found the bald man just standing in Roanoke Ridge. He walked up to him and the only options were emote or surrender. Its SO friggin weird. Honestly, I would not be the least bit surprised if Rockstar got hacked. Theyve angered enough people, had enough employment scandals, it wouldnt shock me in the least," Isonus reports.

Although the matter looks quite serious, RDR Online users often make fun of bugs and game problems, and the same has happened in this case too. The character quickly became a new mascot of the community - his likeness was used as an avatar in the Red Dead Online Community Twitter account.

PS5 May be Unable to Handle Games in Native 4K