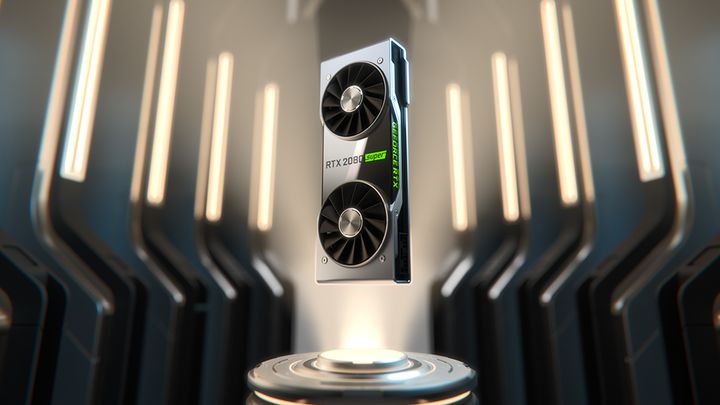 Nvidia's CFO, Colette Kress, appeared at the recently concluded Credit Suisse Annual Technology Conference 2019, where experts and analysts discussed various topics related to the GPU market. One of the threads was the speed with which ray-tracing technology is adopted among the players. As it turns out, models that support this feature are very popular - they account for two-thirds of currently sold Nvidia chipsets. (via Wccftech).

"Overall of boards that we sell in desktop, two-thirds of it are now with ray tracing. So we are really pleased with the market adoption of it and of course, there is absolutely more room to grow. We have cards that fit every single type of price point as well as every single type of overall gamer. So you can overall buy a card in the $100 and as well as all the way up to $1000 to participate in ray tracing. The way we see it, in the future ray tracing will be the underpinnings of gaming and PC gaming. So I think we're just in the initial stages and the amount of ray tracing that we'll see in the future, not only for PC gaming consoles and others, will continue to fuel the overall gaming market," - will continue to drive the gaming market," said Nvidia's CFO.

Colette Kress also emphasized that the priority for her company is not to sell the highest quality chips - the company wants to have an offer for each type of customer. It is difficult to consider this to be a great discovery, it has been known since long that the biggest money lies in the so-called middle segment (this can be seen, for example, in the results of subsequent Steam surveys).

However, it is worth noting, the part of the comment that refers to a wide range of cards supporting ray-tracing, because it puts the words of Nvidia's representative in a slightly different light. There is no $100 chipset on the market that would posses a hardware support of ray-tracing - the cheapest GPU of this type is the GeForce RTX 2060, which costs around 330-350 dollars. There are, however, older GTX series GPUs on which a limited form of ray-tracing can be activated with a software solution. Unfortunately, it is often associated with huge decreases in performance, which in practice make it impossible to play anything. When Colette Kress talked about "two-thirds of the cards", did she actually mean RTX chips or all those on which you enable ray-tracing? It is difficult to say this without knowing the full context in which these words were spoken, and the editors of Wccftech did not quote this particular fragment.

The conference also raised the issue of Intel's supply problems, for some time now the company has been unable to supply the market with a sufficient number of CPUs, which has a negative impact on their availability (and consequently on the price, especially in some regions). Nvidia's financial director emphasized that Intel's problems do not affect the sales of Nvidia's graphics cards.

"In the case of the overall CPU shortages we are probably going on about a year of talks of CPU shortage pieces. As I'll remind, in terms of where we are in both the desktop and or notebook, we tend to be in more high-end types of systems. We find that our OEMs are generally targeting more of that high-end as well. So we haven't seen any real impact this last quarter from overall CPU shortages. Going into Q4, we've taken into account what we know and is incorporated in our guidance as well," said Colette Kress.

Users often replace GPUs and CPUs simultaneously, and the combination of Nvidia's GPU and Intel CPU has been very popular for years (due to the high performance of these CPUs in games), so Intel's problems could theoretically have a negative impact on the graphics card manufacturer. This was not the case, which suggests that the greatsales of AMD Ryzen series CPU easily fill in the gap created by the competition.