Obsidian is once again proving that they know what it takes to make a good ol RPG crawling with possibilities, introducing a spell creation system to their upcoming top-down RPG, Tyranny. As Polygon reports, this peculiar crafting system will allow the player to create their own magic attacks pretty much from scratch, having only to select the core of the spell (e.g. lighting, frost, fire, etc.) and then spicing it up with a corresponding expression, which will decide how its going to act when utilized on the battlefield. 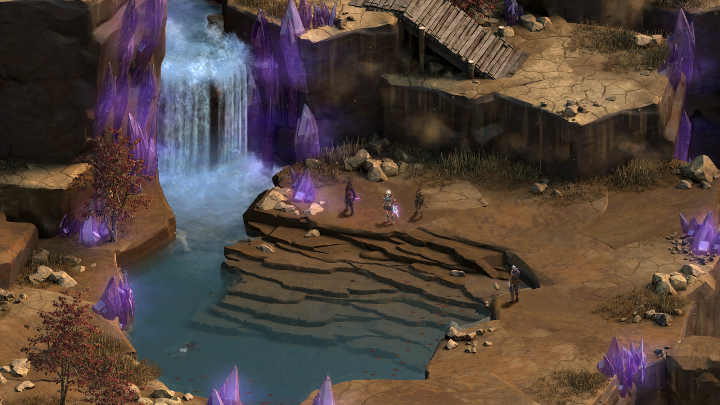 Tyranny  where magic is as useful as it is beautiful.

With the expressions, many possibilities will come into play; youll be able to decide if the spell is a long- or short-ranged one, choose the density of its effects, manipulate its duration, and many more. And if thats not enough, dont forget about buffs  called accents  making your creations even more powerful by sprinkling some attributes on top of them (such as increased damage, additional range, and so on.) Truly a spectacular addition that will  without a doubt  go along nicely with the already-announced skill-based progression system.

Tyranny is expected to launch later this year on PC (Windows, Mac, and Linux are all to be supported at launch.)

World of Warcraft: Legion to launch tomorrow  check the exact time of release