PC Building Simulatorthe latets title to be given away at Epic Games Store, was picked up by more than 4 million players within the first 24 hours. Epic Games boasted about this result on its Twitter profile, reminding us in passing that the expansions for the game are discounted.

For some it may be a big surprise. The title, which focuses on nothing more than assembling virtual PCs, took the sales charts by storm shortly after release. The game's popularity significantly increased during the shortage of components. Many people may treat PC Building Simulator as the only opportunity to interact with a new GPU (half joking, half serious). 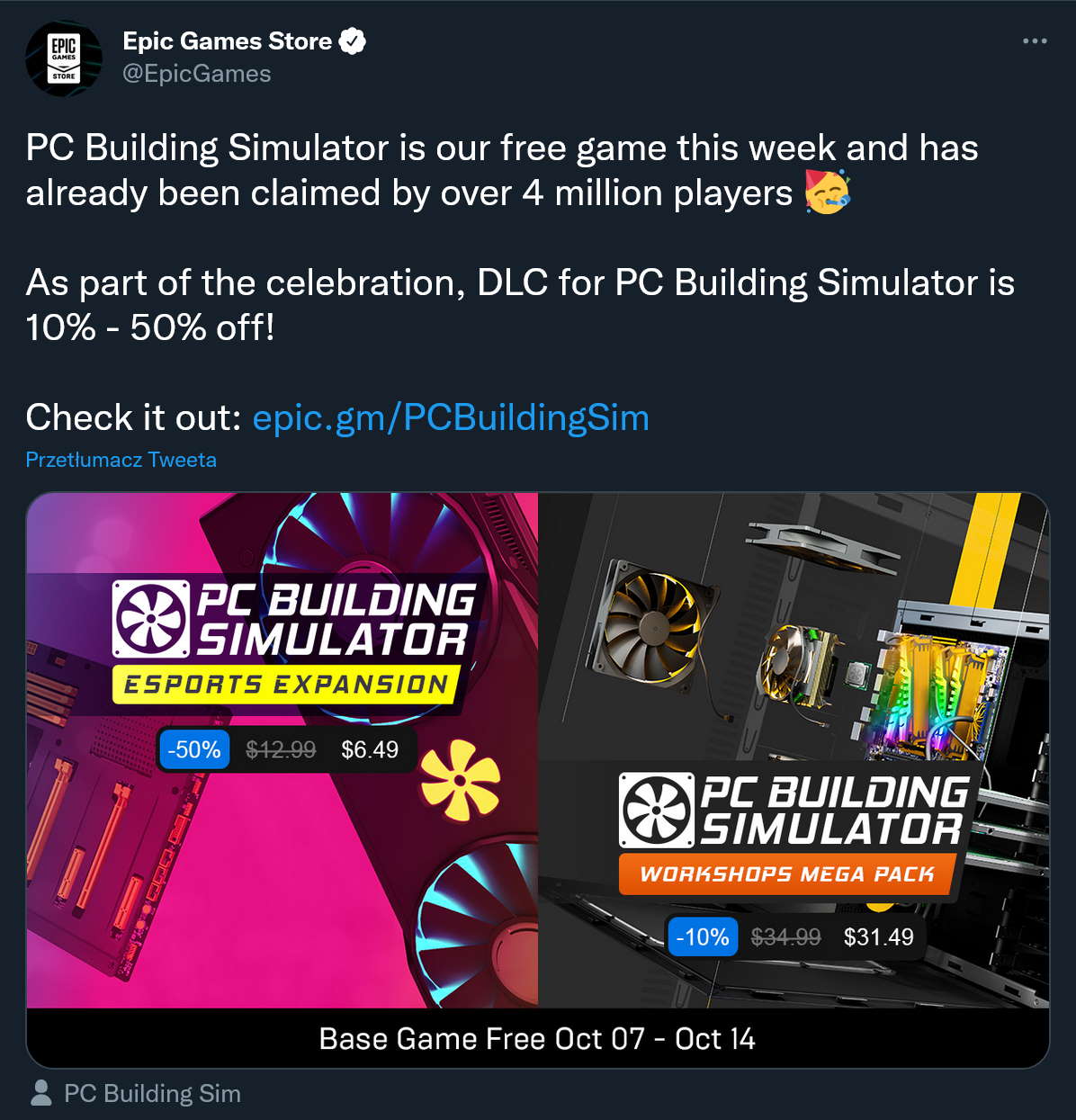 The game is also available on PlayStation 4, Switch and Xbox One, though not for free in this case. So if you want to learn how to build virtual computers, there's nothing to stop you. PC Building Simulator giveaway on Epic Games Store will last until Thursday.

Saints Row's Character Customization Will be Independent of Gender

Saints Row's Character Customization Will be Independent of Gender