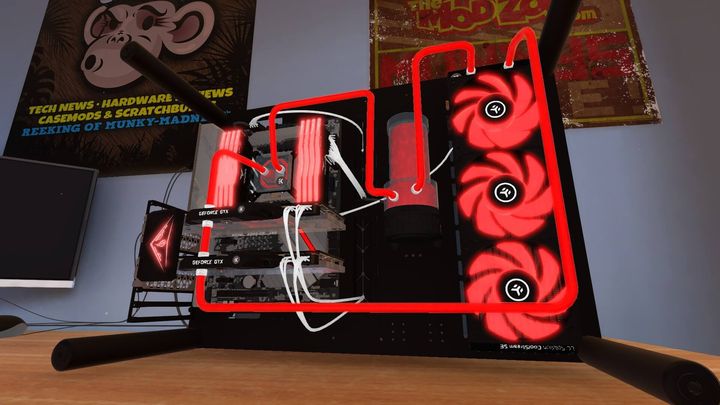 PC Building Simulator, a game created by Romanian developer Claudiu Kiss, is now owned by nearly 600 thousand players. Full version of the game debuted on Steam at the end of January this year (earlier the game was offered in early access). It's a big success for a small title that not everyone believed in. The discussed data appeared on the paid version of SteamSpy.

PC Building Simulator enables us to build our own virtual computer set. We adjust the case, motherboard, processor, memory, power supply and other components. Thanks to signing license agreements with relevant companies, we will find in the game real products and brands well known to PC users. The list of companies cooperating with the creator includes AMD, Nvidia and Intel. The title also offers a career mode in which we run our own shop / computer repair shop.