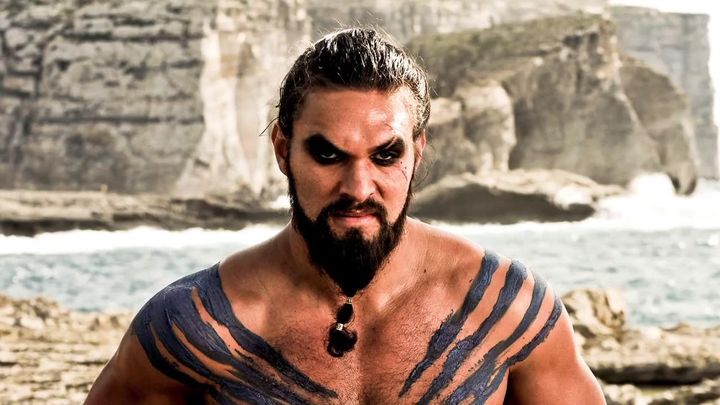 Production Weekly has somehow confirmed yesterday's rumors by publishing a detailed description of The Witcher: Blood Origin. Apart from the confirmed position of showrunner (Declan de Barry) and producers (including Lauren Schmidt Hissrich, Andrzej Sapkowski and Tomasz Baginski), we also know that production of the work has begun. In addition, a short outline of the series' plot is given, and the actor who is to play the main role is included. The man is no other than Jason Momoa.

The name Momoa is on the last line.

If you thought you'd never see someone more packed than Henry Cavill as a witcher, you might have to revise your views. Netflix is planning to make an interesting casting decision for the upcoming prequel of its latest hit fantasy show, The Witcher: Blood Origin. One of the industry insiders, Daniel Richtman, says that Jason Momoa is to play the role of the first monster hunter to walk the continent's lands.

You can associate this actor mainly with three productions. He was remembered by the audience as Khal Drogo from Game of Thrones but also for his slightly lighter roles in Aquaman and Justice League. This Honolulu-born 41-year-old was chosen as the model of the year in Hawaii, and his lifestyle is very different from what Hollywood stars have used us to. He has a lot of positive energy, and this energy has made itself known in the cinema for several years now.

Richtman relies on his sources and knowledge, but so far we have not received any official confirmation that Momoa is to receive a proposal from Netflix to play in the show. It is too early for such announcements from the American streaming giant, because the show is still in the very early stages of pre-production.

The storyline of The Witcher: Blood Origin is to fit into 6 episodes. The showrunner of the series is Declan de Barra (co-creator of Iron Fist and The Originals), and Lauren Schmidt Hissrich, who is responsible for the original Netflix's The Witcher, is also involved. The premiere date of the work is not yet known.