It was first speculated back in May when the AMD 4700S Desktop Kits were added to AMD's offer. From the first information it seemed that they would contain the CPU known from Xbox Series X. But nothing could be further from the truth, because as it turns out, it will be the SoC used in the next-gen console from Sony, PlayStation 5 - which was confirmed using the Geekbench benchmark.

In the case of both devices it's very easy to be confused, because they use virtually identical chips. The most important difference is their clock speeds. Xbox Series X uses a 3.8GHz processor, while PS5 a 3.5GHz CPU running in variable mode. It's possible, however, that AMD's kits won't be getting chips from Sony's console, but rather units that didn't meet all the requirements during testing. 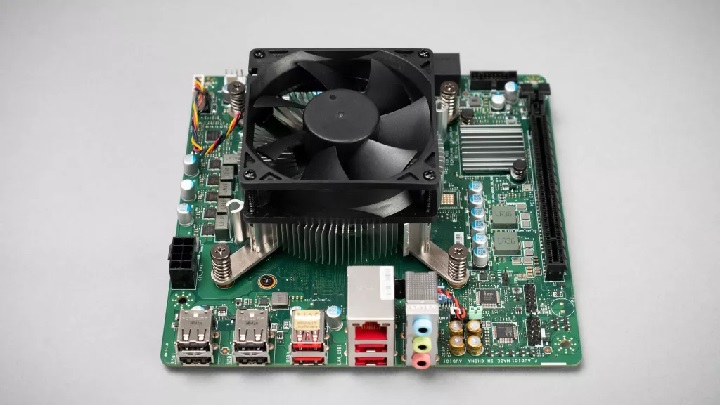 According to AMD, it is supposed to be an ideal solution for office computers.

According to Tom's Hardware, the company plans to introduce 80 computer kits equipped with CPUs known from PlayStation 5. Of course, buying an AMD 4700S Desktop Kit doesn't mean you'll get a fully functional PS5. The chip used here has a factory-disabled integrated GPU and you will need a separate GPU for the PCIe Gen 2 x4 slot. From the information provided on AMD's official website, the number of supported cards is quite limited - the most powerful models are Radeon RX 590 and GeForce GTX 1060.

You'll admit that the appearance of more than 80 kits equipped with the chip from PlayStation 5 is quite strange. Especially considering the poor availability of the console, which is expected to last until next year. We can only be glad that Sony decided not to use inferior chips in its latest console, which could negatively affect its performance. For the moment, it is not known when AMD 4700S-based kits will appear in markets other than Asia.

Battlefield 2042 Will Offer Crossplay for Console and PC Owners

Battlefield 2042 Will Offer Crossplay for Console and PC Owners

Fans Are Less Than Thrilled by NBA 2K22 Announcement