The PS5 console update marked 21.01-03.00.00.38 is now available for download. In addition to the most significant fixes, described here, there are a few less visible, but also noteworthy things. PlayStation 5 received support for 1080p monitors with 120Hz refresh rate, new options related to HDR, HDMI connection and Blu-Ray drive operation.

The most interesting seems to be the fix for the drive. Some PlayStation 5 users (in the version having this device) complained about its noisy operation, both during installation and repeatable run ups while playing. The sudden and clearly audible sound of the drive working at high speed could effectively distract from the fun. Everything seems to indicate that the new update has partially solved the problem of the drive's repeatable noisy operation. There are information from users, according to which the drive, although it still runs during the game in certain intervals, does it less often and works quieter (probably with lower speed):

"Yeah it's really quick and quiet now. It sort of starts to spin up, but then stops itself abruptly, and then continues to spin for the same amount of time as before, but at a much much lower spin speed, so its nowhere near as noticeable."

One person in the editorial team who owns a PS5 confirms that the drive runs quieter. But this only applies to occasionally reading of disc while playing a game. Booting and installation are still noisy, unfortunately.

In the console menu we can find a few new items. Previously, when switching between, say, an HDR-capable game and a non-HDR-capable title, we had to go into the menu and turn HDR off. The fix adds an option whose setting automatically activates HDR mode when it is supported. 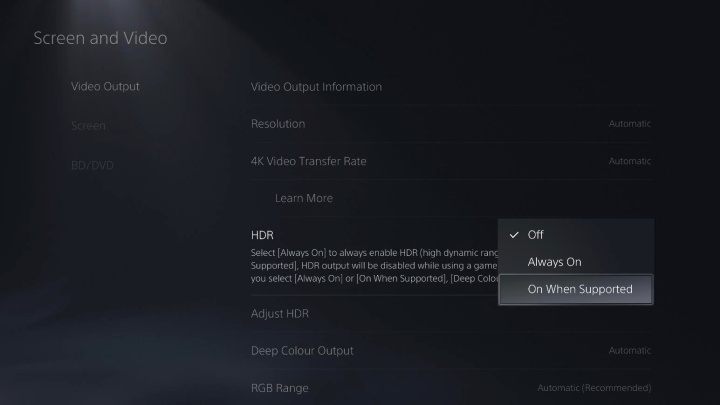 The new HDR mode option in the PlayStation 5 menu.

Slightly similar automation applies to HDMI Link. It is now possible to activate the One-Touch Play option. Turning on the console can launch a peripheral (such as a smart TV) and set the source to HDMI. This can work both ways, and can also turn off the other device when the console stops working. 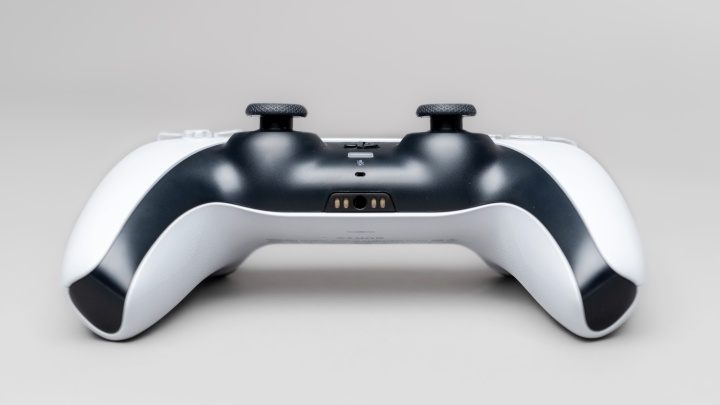 The DualSense gamepad also got a software update.

As Gamerant reports, the DualSense controller also received a firmware update. However, in this case Sony did not share a description of the changes. We can only assume that they are related to the support of future titles and perhaps minor performance improvements.