At the beginning of this year we wrote about the new trailer of Russia 2055, an independent project by Invictus Volition. Since then, the developers have not been idle and regularly posted more gameplay fragments from his futuristic FPS on Twitter. The footage shows, among others, crawling animations, the interface and camera effects. All of that can be seen below.

We still don't know too much details about Russia 2055. The title will run on Unreal Engine 4 and will enable us to play the role of a soldier who has to face bizarre invaders. The character will be able to fight both on foot and in a powerful mech. Whats important, there will be an option to customize the walking machines. However, the improvements will not be obvious. For example, more powerful weaponry will affect the machines maneuverability. 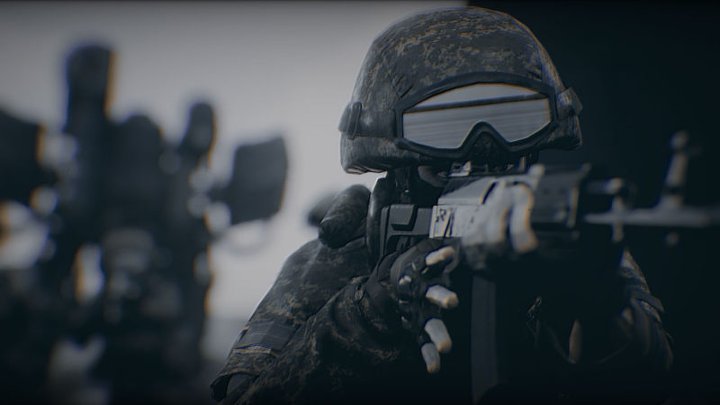 Russia 2055 Project has the attention of many gamers.

Russia 2055 is to offer both a multiplayer mode and a single player campaign. Fragments of the latter's cutscenes have also recently been made available by the creators on Twitter.

It needs to be admitted that all this looks very impressive. One could even say that it looks too spectacular for a production created by one person. No wonder that the Internet is full of rumors that this project is actually a part of a promo campaign of something much bigger. Many people bet on Death Stranding. All this because of Hideo Kojima, who shared the first trailer of Russia 2055 on his Twitter last year. On the one hand, it could be a coincidence. After all, Invictus Volition borrows the style of the Metal Gear series in spades, especially when it comes to mechanical designs. On the other hand, the Japanese developer is known for his love for playing cat and mouse with the gaming community. Just to mention P.T., the alleged game from 7780s, which actually turned out to be a playable teaser of the eventually cancelled Silent Hills project, and the situation with Moby Dick Studios and their Phantom Pain, which was a sophisticated way to tease Metal Gear Solid V. The coming months will show whether it will be the same for Russia 2055. The closed beta of the title is expected to be released this year.