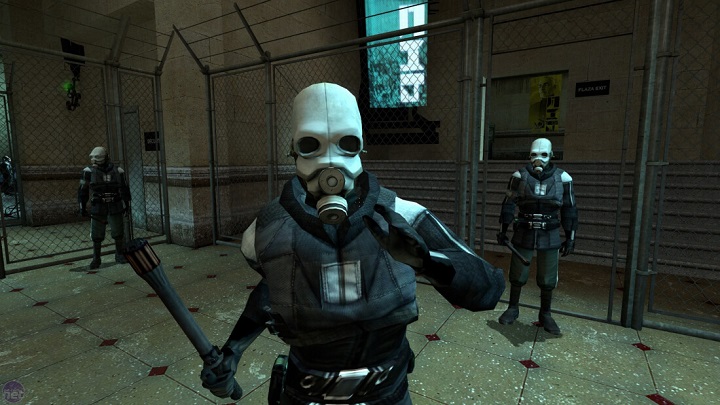 Next part of Gordon Freeman's adventures in virtual reality?

An interesting source code was found in the latest update of a VR game developed by Valve - The Lab. Everything seems to indicate that it contains the data of the prototype of a VR game set in the Half-Life universe. Tyler McVicker's YouTube channel, which collects news, rumors and various speculations about Valve's games, featured a video in which the author presented the found code.

The game is known under the codename Shooter, and its source code includes references to many of the things known from the Half-Life series. The files contain references to Dr. Breen, the soldiers and ships of Combine or even G-Man himself. In addition, there are various functions known from the FPS game, such as weapons range or magazine reloading.

However, the most noteworthy is a part of the game's story campaign. According to the information contained therein, the player would start their adventure in a kind of holodeck, in which they would get their first gun. They would then be placed in several different levels in the Half-Life world, in which they would be presented with the basic elements of gameplay in VR. All this would take place in the City 17 simulation, containing elements known from the original Half-Life 2.

Designed levels include mainly combat (with a gun) and performing simple tasks, such as opening doors or crouching and passing under objects. Further levels have not been written, but it could be assumed that the source code of other weapons or the G-Man himself has been programmed to be placed in a later stage of the game.

According to the author of the video, the presented source code is quite old and it is not clear how it found its way into the game files. It is quite possible that this was the first prototype of Valve's VR game and perhaps it was supposed to be part of The Lab. It seems that it was also an attempt to create a production in which the size of the levels would be adjusted to the size of the player's room so that the player could move freely during the game.

It's hard to say whether Valve is actually preparing a VR title set in Half-Life universe, or whether this project has long been abandoned or converted into the well-known The Lab. Undoubtedly, however, fans of the iconic game would be happy to see even a small fraction of Half-Life's later story.