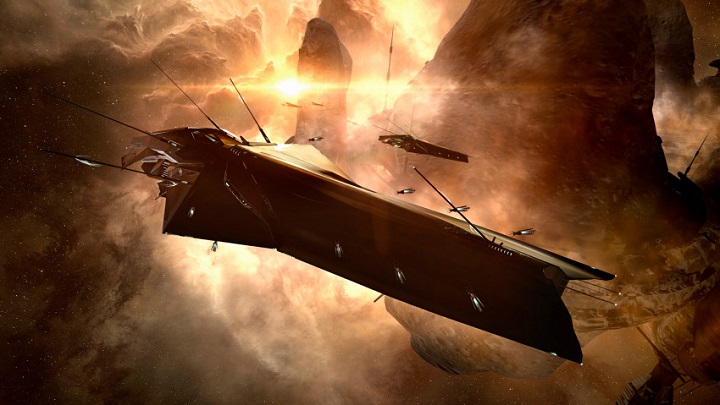 Will players be able to defend themselves against the invasion of space invaders?

These are hard times for the players of the space MMO EVE Online. Throughout the game, objects controlled by them are besieged by powerful NPCs called Drifters. They have been in the game for years, but never before has it happened that they have attacked the structures of players in organized strength. The developers of the game, CCP Games, have not yet confirmed whether this is the intended part of the recent expansion or a bug in the game. There was no warning of this attack and the invasion came as a surprise.

Drifter ships are much more powerful than those of players. They have a huge range of fire, tough defenses and weapon systems capable of destroying enemies in seconds. They were usually grouped in areas designated for PvE games and defended access to treasures and valuable items. Occasionally, a single ship hunted unaware players in the depths of space. Currently, Drifters gather in groups of up to 30 units and attack anything in their way while sweeping across player-controlled areas.

At this point, everything indicates that there is no safe place from the invasion. Players even report that the Drifters are attacking their escape capsules, which most NPCs in EVE Online are unable to do. Hundreds of structures have been attacked, including powerful citadels called Keepstar, some of the largest structures that players can build. 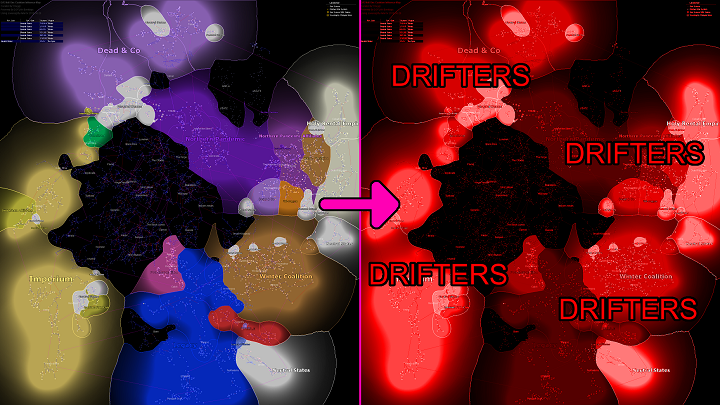 The drifters are taking over everything that stands in their way.

Players' reactions to these events are different. Some of them are happy that there are units in the game that are able to threaten the most powerful empires. Others complain that NPCs are interfering in the wars that are being waged. The most powerful factions fear that what they have been working for for so many years will be destroyed. And not by other players (which they could understand), but by overpowered NPCs. When asked about the spaceinvasion, the developers said they had tried to communicate with the Drifters, but they hadn't responded.