Thanks to the counter on the official website of Star Citizen we learned that the game's developers have already managed to raise more than 239 million dollars. This amount is all the more impressive as by this July they were able to raise 230 million.

Cloud Imperium Games has also released a video, which shows some of the attractions offered by the Alpha 3.8 update. The patch will introduce new elements of interior decoration of space stations and improvements to the interface.

In Alpha 3.8 the stations will have larger and more diverse interiors. So far, all of them have looked similar. Now it's gonna change. For example, in some stations you will find a catering centre, while in others not. Advertisements and the layout of rooms and shops will also be very different. 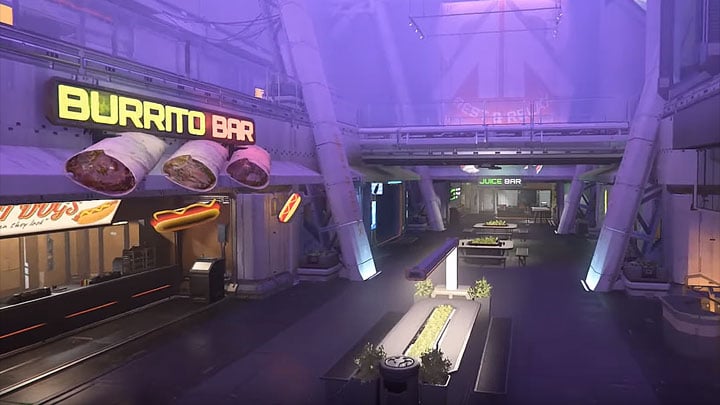 Alpha 3.8 will debut at the end of the year.

The devs put a particularly big amount of work into the aforementioned gastronomic rooms. The video shows several types of lighting and the operation of a system, which fills such interiors with various food stands and decorative elements.

Alfa 3.8 will also offer improvements to the spaceship interfaces so that the cockpit panels will show more information and additional warnings (e.g. about collision risks or when a missile is heading towards us).

Let's remind that the Alpha 3.8 is due to debut at the end of this year. The patch will offer, among other things, graphics enhancements and more advanced artificial intelligence modules, covering both NPCs, ship pilots and enemies in the FPS segments. The latter element will also be enriched by close combat and silent elimination of enemies. There will also be new ships and the possibility of collecting scrap from wrecks and then processing it into ready-to-sell raw materials.

It is worth mentioning that this year's edition of CitizenCon will start on November 23. We can expect that the creators will show a lot of news and reveal additional information about the development of Star Citizen.