With Stellaris out in the wild, Paradox has been listening to fans feedback and admitted that there was still much work ahead of them. The sci-fi 4X strategy was met with much enthusiasm, but then players started to complain about poor mid-game content and some other issues. Thats why Paradox is planning to release a bunch of free game updates as well as multiple paid expansions over the coming years. The games director, Henrik Fahraeus, commented on some of the games downsides and explained the studios plans for the nearest future in the most recent blog entry:

Now, before we begin the expansion cycle in earnest, we will spend the rest of May and June only focusing on bug fixes and free upgrades to the game. We carefully listen to all your feedback, which has already made us alter our priorities a bit. As a veteran designer of our complex historical games, I was anticipating a fair amount of criticism regarding the mid-game in Stellaris compared to that of our historical games, but I was more concerned with the depth of the economy than the relative lack of diplomatic options, for example. I also find much of the feedback on the Sector system interesting; the GUI and AI concerns will receive the highest priority. One area I was not at all surprised to get flak for is the lack of mid-game scripted content, however. We simply took too long getting all the early and late game stuff in, and neglected a whole category of events called colony events, which were supposed to be the bread and butter of the mid-game for the Science Ships. 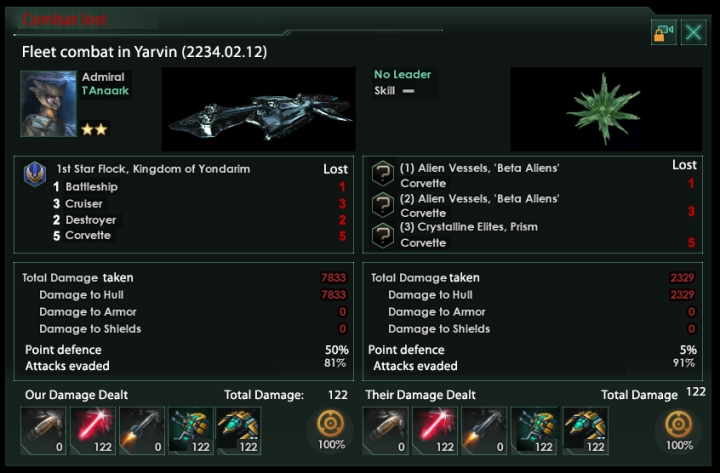 The 1.1 game update, nicknamed Clarke, is coming near the end of May, and the next one, Asimov, at the end of June. The former will focus on bug fixing and GUI improvements. Some of the existing performance issues might even be hotfixed before that. As for the Asimov update, Paradox is planning to expand the mid-game by adding new diplomatic actions and treaties and opening borders between empires by default. Further improvements are not yet set in stone, but will likely include more mid-game scripted content, living solar systems, better fleet combat mechanics, battleship class weapons, and more.