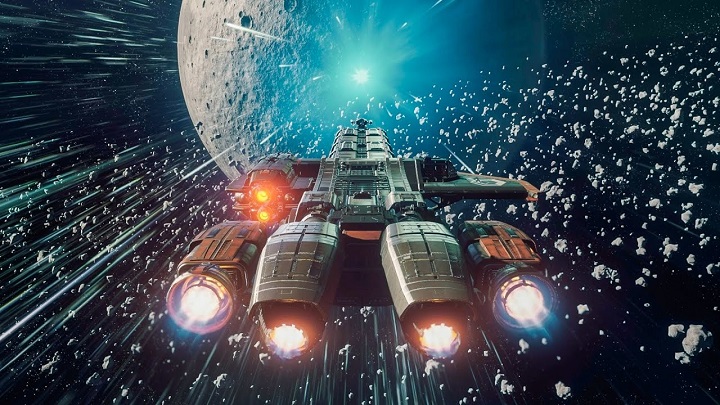 This is the end of more than two years of Star Citizen's problem.
IN A NUTSHELL:

In December 2017 Crytek sued the devs of Star Citizen - Cloud Imperium Games. The accusations concerned, among others, the unlawful removal of the Crytek and CryEngine logos from the launch screens of the space simulator and the use of the said engine to create other games and illegal use of fragments of software source code. Developers from CIG denied these allegations, publishing a 27-page statement (in which they primarily claimed that they had not been using CryEngine for some time, relying on Amazon's Lumberyard instead), but unfortunately, this did not protect them from more than two years of judicial battle.

However, recent reports on this issue clearly indicate that the two parties have finally come to some kind of agreement. Yesterday, a notice of settlement between Crytek and Cloud Imperium Games was posted on the Court Listener website, which is responsible for, among other things, storing judicial data. We can read in it that:

"Pursuant to C.D. Cal. L.R. 40-2, Plaintiff CRYTEK GMBH and Defendants CLOUD IMPERIUM GAMES CORP. and ROBERTS SPACE INDUSTRIES CORP., by and through their counsel of record, hereby notify the Court that they have reached an agreement in principle of terms to settle this action in its entirety and are working to document the terms of their agreement. Following the execution of the agreement, the parties will promptly file a joint stipulation of dismissal."[]

However, in provided notice does not contain any information about the details of the agreement.

Star Citizen is in early access from 2014 on PC only. The players continue to allocate funds for the development of the project, and last December was the month in which the devs gathered a record amount of funds.