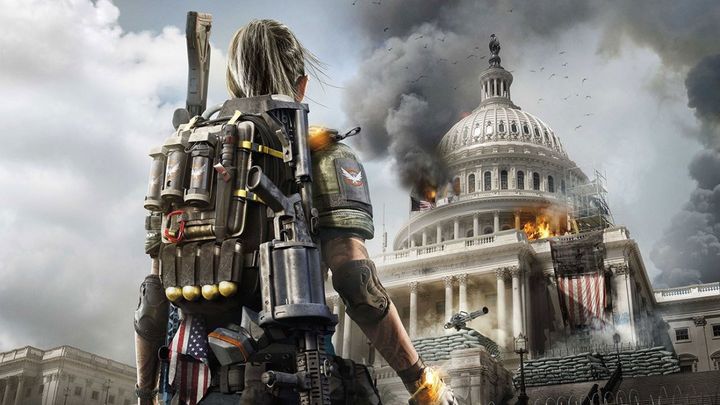 The second part was released three years after the debut of The Division.
THE DIVISION 2 IN A NUTSHELL:

The day of the "official" release of Tom Clancy's The Division 2, the continuation of the popular online shooter from 2016, has finally come. "Official", because the game has been available for several days now for people who bought one of the several special editions.

Tom Clancy's The Division 2 hit the PC, PlayStation 4 and Xbox One. It is worth mentioning that we will be unable to buy the PC edition on Steam. It is available only through Uplay and the Epic Games Store.

Those who bought the boxed version of the game must be patient, because before starting the game it is necessary to download a huge patch. On PS4 the patch requires about 90 GB. For PC and Xbox One releases, this update will take only about 50 GB.

The online character of the game means that we still have to wait for some reviews. A lot of websites (e.g. PCGamer, PCInvasion, IGN and Gamespot) have already published their first impressions and for now they are positive. The technical sophistication of the production is praised, as well as the superbly executed virtual rendition of Washington, which seems to be a real city, not just a decoration. Reviewers also like the combat system and vast content, especially the extensive and varied missions.

Everything indicates that Tom Clancy's The Division 2 will make a much better debut than the biggest competitive launch of this year, i.e. Anthem. Nobody would be particularly surprised if it happens. Ubisoft Massive has a lot of experience in this category, gained in the first part of the cycle, while BioWare has only just made its first steps in the genre.