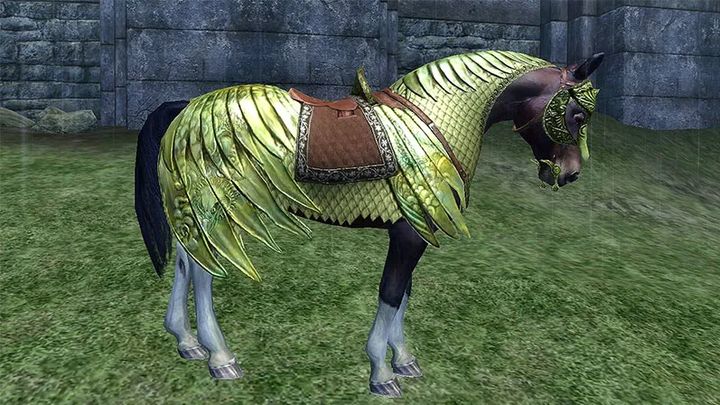 In an interview for IGN, Todd Howard from Bethesda Softworks said he didn't think that DLCs like the infamous "horse armor" known from The Elder Scrolls IV: Oblivion are a problem. In his opinion, customers will "buy anything", provided that the goods are properly priced.

People will buy anything. That doesn't mean they should do it. But they will. That sounds terrible. (...) Horse armor is not a bad thing. I think it's okay," Howard said.

According to the dev, in retrospect, the controversial DLC had a rather low price (USD 2.5). Interestingly, one of Microsoft's employees suggested to developers that the price should be twice as high, pointing to examples of wallpapers and motifs for Xbox 360 sold by his company.

"We were convinced it was worth it. Somebody, I can't tell you who, in Microsoft, said: "Well, that's less than the amount we sell motifs for; even wallpaper is more expensive than that. You should set such a price, you can always lower it. And we're like, "Okay!" It is a matter of value to the money spent, not whether someone wants to armor for their horse. Looking back, I think it is quite cheap," said the developer.

The producer even notes that when the company raises the price of the said DLC as an april fools joke, many people still decided to buy it - although probably mainly appreciating the fact that the company does not lack sense of humor (which proved more than once, for example, by creating a Skyrim port for refrigerators).

Undoubtedly, since the time of the famous steed gear, we have already had examples of much stupider ideas in our industry (Black Ops aimpoint for a dollar, anyone?). Nevertheless, I have doubts whether the opinions expressed by Todd Howard in this interview will meet with the approval of the players. Incidentally, this is another controversial statement he has made recently.