The ending of Half-Life 2: Episode 2 is probably one of the most (if not the most) famous cliffhanger in the history of video games. The interruption of Gordon Freeman's story has made quite the splash in the community, and the slogan "Half-Life 3 Confirmed" has become a popular meme. Yesterday, the latest installment of the series, Alyx, has launched. Promptly, we are seeing a flood of new information related to the series, among which we can find the reasons why Episode 3 has never been made.

An extensive article published by IGN, describes the reasons that caused such state of affairs. It shows that the decision to stop he development of Half-Life 2: Episode 3 was dictated by many factors, such as a creative slump and the focus on the Source 2 engine. 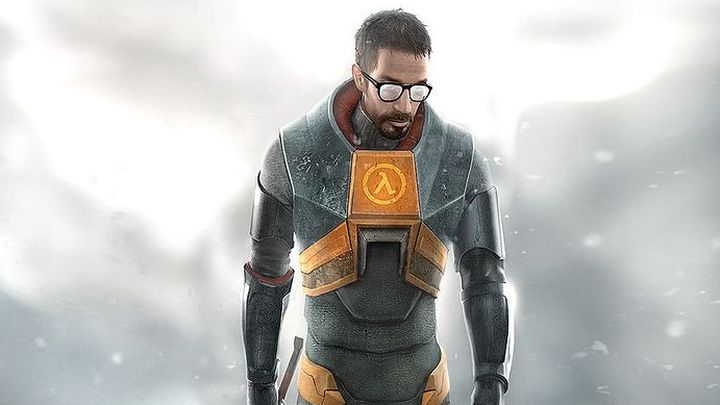 Half-Life 2: Episode 3 is a title that has made history even though it was never released, or even made.

One of the reasons were exaggerated ambition. Valve was developing Half-Life 2 simultaneously with the Source engine. The title was therefore created based on new technologies, while testing their capabilities. As a result, the game was developed for six long years. Therefore, it was decided to introduce a system of episodes, which was to provide access to smaller fragments of the story at annual intervals. As Dario Casali, a long-time Valve employee, recalls:

After working on Half-Life 2 for six years we decided we didn't want to go dark for so long. That's why we started doing the episodes where we thought, well, we have the stable technology now. We understand the characters, we understand the story, we have most of the mechanics. Let's just bite off little chunks and then release more often."

In the end, the plan didn't work out as well as it was supposed to. The creators, wanting to develop the best possible title, expanded it more and more (it made the episodes look more like full-fledged games), which prolonged the development process. After the release of Episode 2, the management of the project began to analyze the direction in which the whole thing should be developed. Unfortunately, as you can see, to this day the creators did not invent what to do with the story of Gordon Freeman.

Another reason why work on Half-Life 2: Episode 3 was halted was the development of Source 2. Valve's employees did not want to deal with both things at once. Eventually, the full version of the engine debuted in 2015. Exactly the same year Jeep Barnett, one of the programmers, admitted in an interview for Kotaku that the company was experimenting with a VR game set in the Half-Life universe. So we can safely assume that the project has evolved into Half-Life: Alyx.

Dario Casali also revealed that at the beginning of the decade, Valve was working on productions such as the well-known DOTA 2 and CS:GO. These included projects set in the Half-Life universe. However, they were never considered good enough to see the light of day.

Gabe Newell also has high requirements for the series. In an interview with IGN, co-founder of Valve admits that the Half-Life series is used to showcase new technologies. The games in the series are therefore expected, at least to some extent, to be a breakthrough. This policy is confirmed by the use of VR in Half Life: Alyx. The title has met with a very warm reception, and reviewers indicate that the game offers unprecedented quality for a VR title.

After so much turbulence, will we still see Half-Life 2: Episode 3? The creators announce that the series will be continued. So it is possible that one day we will see the mythical game on the store shelves.