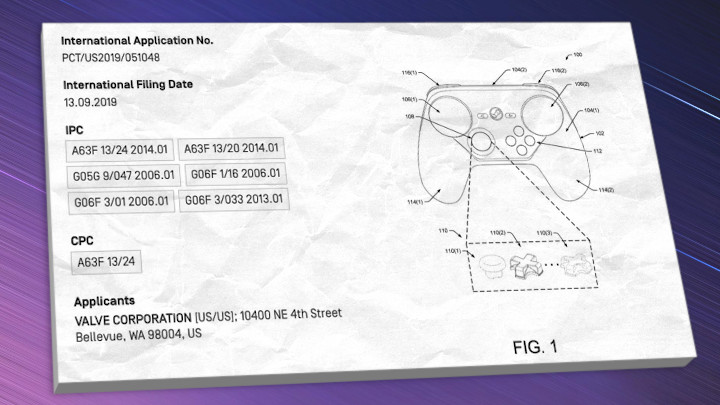 The patent drawings of the new controller from Valve

Tyler McVicker, streamer and creator of the Youtube channel Valve News Network, posted a patent notice on Twitter for a new game controller. The device will offer the possibility to physically modify the controls. Replaceable elements can be seen in the diagram, and the description also confirms this. Of course, for now it's only a patent application that was filed in September 2019. It's not enough to speak openly about Steam Controller 2, although it raises some hopes among the players, especially those who didn't manage to buy the last few pieces of gamepad from Valve.

The Steam Controller was quite an unusual device. On the one hand, it could not be placed on the list of the most successful game pads in the world. On the other hand, two touch surfaces made it suitable for playing games without native gamepad support. It combined the functions of a mouse and a keyboard, and wireless communication enables us to sit comfortably on the couch. When Valve decided to sell the last pieces in a special offer for about $5, players reacted in such numbers that there were not enough devices for everyone. Some of the transactions made just before the end of the sale ended up with a refund instead of the ordered item. 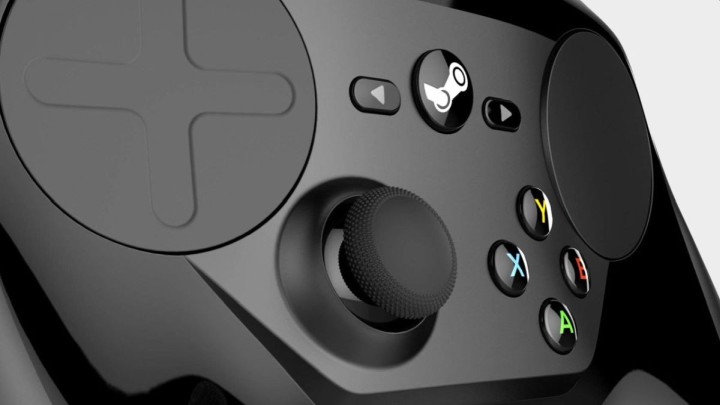 Returning to the patent, it follows that the new device would have functionality reserved for higher class controllers such as Xbox Elite. At least some of the buttons could be easily replaced, depending on the needs of the game. No need for an analog stick? No problem, you can take it out and insert a d-pad. Or a touchpad (these will also be replaceable, as described). All in the name of personalization and user comfort.

The information, although hopeful, also has its downsides. Unfortunately, the name "Steam Controller" was not used anywhere in the patent. The only thing that suggests it is a gamepad is the shape. The application itself dates back to 2019, which also raises some doubts. It is not known whether Valve is still working on the project or whether it has been abandoned. I personally hope the company will soon tell us something more about it. I can bet that after the publication of the patent (and thus a lot of news on websites) a lot of questions about the new controller lands in their mailbox.