Microsoft released a new version of the PC Health Check app, which will thoroughly analyze your PC to make sure it's ready for Windows 11, due to debut on October 5 this year.

PC Health Check is available for now in a test build, which can only be downloaded by people who are part of the Insider program. For this reason, on the official Microsoft blog there was no mention of the release of the program or a list of changes from the previous version. We only know that the new edition is numbered 3.0.210914001. 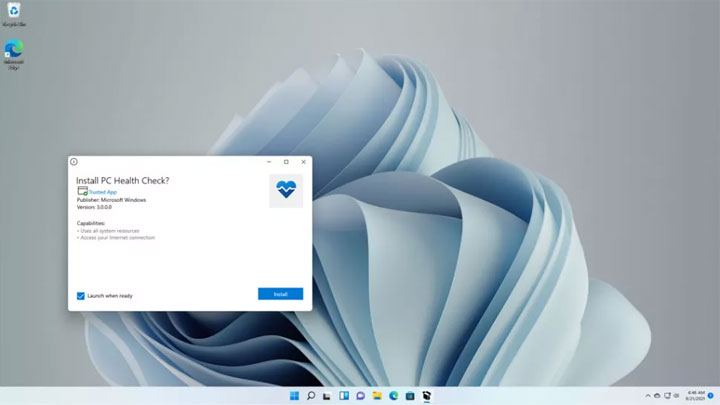 The first version of PC Health Check was made available many months ago. However, the app was heavily flawed and incorrectly analyzed PCs for Windows 11 readiness. Microsoft released an update, but it didn't help much, so eventually the app was withdrawn from distribution.

Given the previous problems with PC Health Check, we shouldn't be surprised that this time the company decided to release the app quietly and exclusively as part of the Insider program.

Windows 11's requirements have caused quite a bit of controversy in recent months. Initially, it seemed that the system would be unavailable to many PC users. Eventually, however, Microsoft softened its approach, although the company warns that owners of older hardware may not receive full support.

Windows 11 will debut on October 5, this year. Upgrade to a new version of the system will be free for owners of W10.

GamePressure receives a commission from selected stores whose offers are presented above. However, we have made every effort to choose only interesting promotions - first of all, we want to publish the best offers for hardware, gadgets and games.