As it is already known, Windows 11 will change a lot compared to previous versions, ranging from the layout through the new start menu to better performance. In connection with this Microsoft wants to find the best way to guide users through the new system, and it will do this through pop-ups, which will appear while using the system.

On the official Microsoft blog - in an entry about the changes introduced by a new version of Windows 11 Insider Preview Build 22458 - we can read about the refreshed version of the Tips App. As it turns out, their base has been expanded by more than 100 new messages that are to help users in mastering the system, but also in its customization. 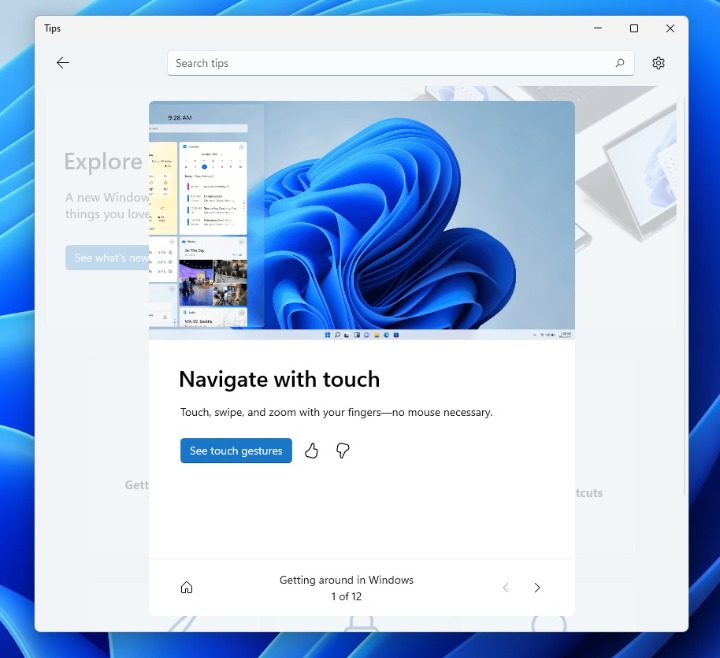 What is more, it's not just the size of the tips database that surprises, but also when they will appear, and from what was written on the blog, it seems that it will happen rather frequently. We are to receive tips when we use the features for the first time; they will also appear on the widget board or simply be displayed within the First Run Experience. While that's impressive on its own, Microsoft has also made sure to include a large number of languages in which the hints will be displayed (there are to be 36 of them).

For those who aren't quite convinced by the idea of pop-up advice windows, we have good news. The version with the new changes is still a test build, available only for Insiders, which means that Tips App will not necessarily appear on the official Windows release in October (as in the case of support for Android). Additionally, we can guess that we will be able to turn off the Tips. Let's just hope it will be easier than changing the default browser.