Polish modder Halk Hogan kept his word. Yesterday, the user's HD Reworked 11.0 visual mod for The Witcher 3: Wild Hunt launched on Nexus Mods. You can find a link to the mod down below. The project was divided into three parts. In total they have 7.1 GB, and we have to install all of it.

Note! Before downloading HD Reworked 11.0 you have to remember that it is compatible with versions 1.31, 1.32 and GOTY of The Witcher 3: Wild Hunt. 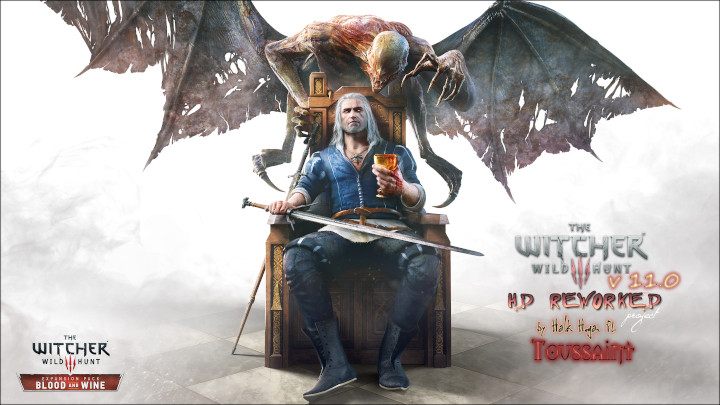 Version 11.0 of HD Reworked mod for The Witcher 3 can now be downloaded from Nexus Mods

The most important novelty in version 11.0 of the HD Reworked mod is the upgraded Toussaint region, which appeared in the Blood and Wine expansion for The Witcher 3: Wild Hunt. In addition, a number of improvements have been made in other regions. The changes include textures of buildings, rocks, water, plants, NPCs, animals, as well as fragments of land. As promised by the creator, his work is in line with the artistic vision of CD Projekt RED, so most of these elements have only been refined and not drastically changed. You can see it for yourself by watching the new trailer of HD Reworked version 11.0. It is available below.

According to Halk Hogan, HD Reworked requires a graphic card with a minimum of 3 GB VRAM, but he recommended 4 GB. The creator reassures that he has designed his modification in such a way that it uses as little memory as possible and does not affect the smoothness of The Witcher 3. The maximum FPS drop on GPUs weaker than Geforce GTX 970 or AMD Radeon R9 290X is estimated at 0 to 5 frames. Sometimes, the game can work better with Hogan's modification installed than without it. 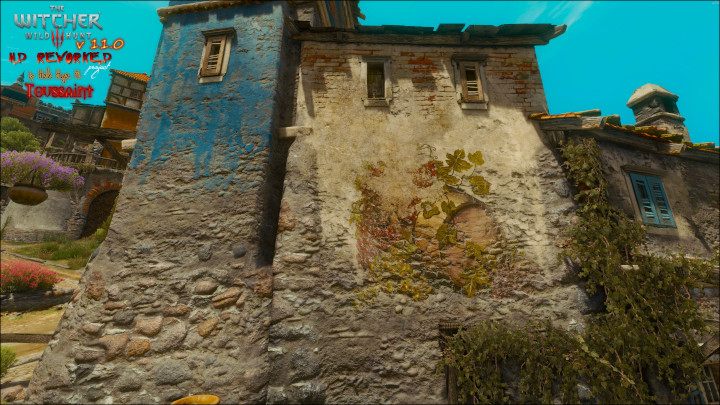 Toussaint is more beautiful than ever.

We would like to remind, that The Witcher 3: Wild Hunt was released on PC, PlayStation 4 and Xbox One in May, 5 years ago. Later that year, in November, the first version of HD Reworked mod was released. This modification is one of the most downloaded fan works created for CD Projekt RED's game on Nexus Mods . Its previous version became part of a compilation of over twenty graphic mods prepared by Candyland channel.

Scientists Dispel Doubts: 5G Does Not Harm Your Health