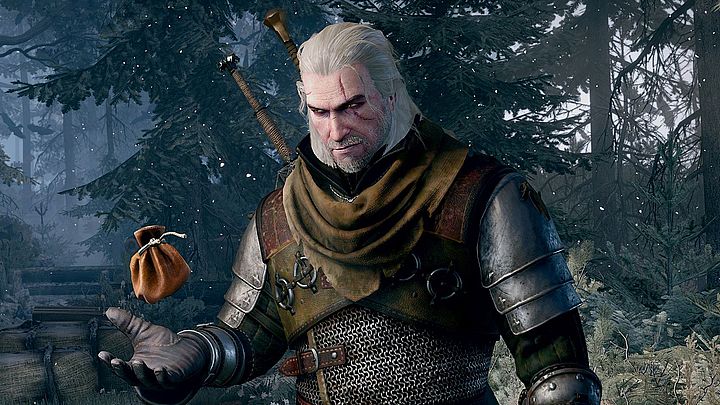 If Geralt had coins from the Polish Mint in his purse, he would have been the richest witcher in the world.

There is no doubt that The Witcher is one of the most popular Polish brands in the world (if not the most popular). The series of books by Andrzej Sapkowski won the hearts of Poles, CD Projekt RED's game allowed her to enter the international market, and next month a TV show will debut that, if everything goes according to plan (covering as much as seven seasons), will attract millions of Netflix users. But there is an interesing fact on the sidelines, in the form of cooperation of the Mint of Gdansk with Andrzej Sapkowski, the fruit of which will be coins dedicated to The Witcher franchise.

On the Mint's website we can find two types of coins, related thematically to the short story collection titled Last Wish, and in the description of both we can read them:

Each coin in the series will be dedicated to one of the Witcher Saga books. The themes of each of them will refer to the title scenes or other important for the course of the action.

The first coin has a face value of 5 dollars, weighs 62 g and has a diameter of 45 mm. It was made of silver granules of the highest quality (Ag 999), and additionally has a selective golden gild and 3D insert. The mintage is 2,000 pieces. The release will take place in November. However, one of the most important issues remains the price. And here, as in the case of collector's items, it won't be cheap. The coin costs PLN 1399, i.e. $360 (provided that you buy it by January 21, 2020 - if not, the price will be closer to $410).

"This 2-ounce coin on the reverse shows the fighting Geralt who, together with Yennefer, tries to save his companion Dandelion, possessed of the Genie's spell. The coin is decorated with an exceptionally high relief, which shows every detail of the project in every detail. The Witcher's sword is decorated with gold. Yennefer received a ball printed on a 3D printer. The design uses modern technology to make the coin fascinating to anyone who looks at it. The coin owes its uniqueness to its gold plating, 3D insert and antique finish. Its mintage is only 2000 pieces worldwide, and only 700 pieces come to the collector's market!"

"This 1 kg coin on the reverse shows the key scene from the book "Last Wish" when Duny wanted to marry Pavetta, the daughter of Queen Cintra. Her mother, Calanthe, did not want to agree to this. The reverse is decorated with a high relief showing every detail of the design, as well as an agate imitating the window of the castle. The obverse shows the moment of Geralt's arrival at Cintra Castle. The coin owes its uniqueness to a unique theme, additional, and the fact that it is 1 kg of pure silver. Its mintage is only 200 pieces worldwide, and only 100 pieces come to the collector's market!"

Anyone who decides to buy any of the coins will also receive a decorated box and a certificate. So, who's up for some real Witcher silver?