On December 9, 2022, The Game Awards ceremony took place. And although we could find interesting, sometimes unexpected games in many categories, the fight for the GOTY title obviously came down to a duel between Elden Ring and God of War: Ragnarok.

How can I be so certain? Firstly, these are the highest rated games of 2022. They're the only games this year that have achieved average minimum scores (depending on the platform) of 94/100 on Metacritic and Opencritic. Secondly, these are also the most popular games of 2022. Sony recently boasted record sales of Ragnarok, and Elden Ring despite its February release, enjoys unfaltering popularity on the Internetz to this day.

But it's difficult to determine which one deserved the GOTY title more at face value. Many of you will consider either of these games closer to your heart, but let's try to put emotions aside for a moment and do some factual analysis. So that we can break down the individual elements of both of these productions into their basic factors. Let's check what Elden Ring did better than God of War and vice versa. With a bit of luck, we'll even find out which one was actually better!

Ragnarok is all about the story 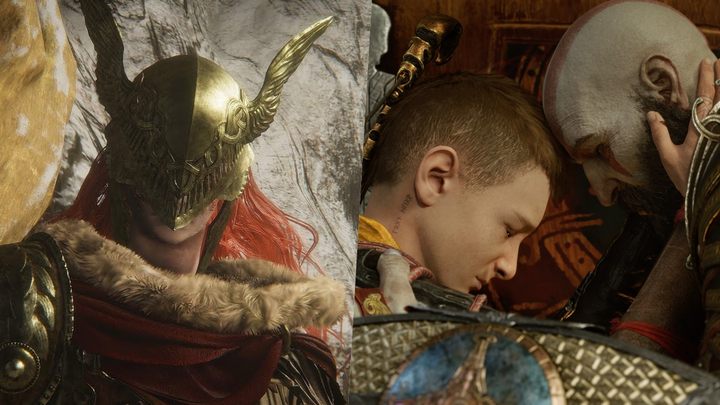 I've already read opinions stating that the new God of War has a plot that equals the better of the Marvel movies. I partially agree, and I don't consider this to be a flaw, too. Compared to the very intimate predecessor, the scale of events here is much bigger, and the stakes are much higher than in your average superhero movie, because instead of saving the world, we have to save... a few of them. Odin rises to the rank of a cunning antagonist, but seems to lack omnipotence, and is a tragic character, even desperate at the end of the story. On the other hand – this thread is really one of many, it leads to the climax in terms of gameplay, but not necessarily in terms of the narrative. Because the most important issues in narrative terms are the psychological portraits of Atreus and Kratos.

Their fates have been intertwined for a long time, and the turbulent, yet very tender relationship gets a lot of exposition and is put to the test by the creators more than once, so they both have their own paths to follow and a few conclusions to draw. And the level of nuance of these internal struggles and translating them into natural, emotional dialogues is already a piece of screenwriting mastery. Kratos is really going through some Bergmanesque dilemmas.

Elden Ring is a bit harder nut to crack, as it follows Miyazaki's original approach of a fragmented and obscure narrative. The world presented here is indeed wonderful, ontologically sophisticated high fantasy – the problem is that only the persistent and inquisitive players can fully learn all its secrets and stories. For most players, it will just be an "epic journey" of an insignificant daredevil to the throne of the Elden Lord. The author of A Song of Ice and Fire, George RR Martin, also contributed to the plot and each dialogue is spoken with appropriate pathos and poetic flair, so sometimes you can feel as if you were in the middle of an ambitious novel. Even though you may not know what it's all about, you feel that it's not just a pulp fiction. 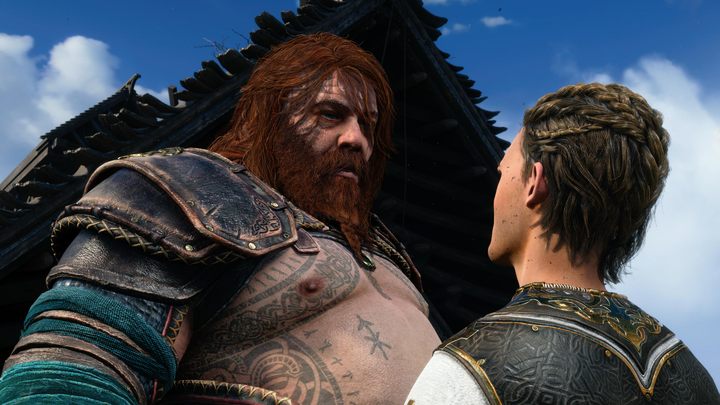 WHAT EXPANDS THE PLOT?

Elden Ring offers a fully original and really huge universe, which FromSoftware can easily use to create a trillion more expansions and games. It would be a pity to waste so much world-creating potential. God of War, on the other hand, is firmly rooted in Norse mythology (and not only), but it takes it through so many original and risky operations that it doesn't feel quite familiar nor unoriginal. So, there are two, equally attractive methods of embedding games in fictional worlds.

So Ragnarok is certainly more accessible in terms of the plot – linearity, clarity and, above all, cinematic character will help. You will find many cutscenes here, if they can be called cutscenes, that is, because they're not really cutting in. Here, they are an integral element of the gameplay; they don't interrupt anythinhg, they just make the game seem a bit like a movie done in what's called 'the mastershot.' The only real interruption to gameplay happens if you die. So – just don't die and the problem will be solved.