We watched the PlayStation Showcase 2021 and unanimously concluded that we'd just seen a pretty exciting Sony conference. New titles were revealed, gameplay from those already announced was presented, and we've seen some of the biggest franchises in action – what more could you want? The thing is, there's exactly one thing missing – specific release dates.

I realize that, at first glance, everything looks almost exquisite. God of War: Ragnarok seems to be exactly the slasher we want, in a truly next-gen style; Insomniac Games went crazy and apart from Spider-Man 2 (or should I say "Two Spider-Men") is going to create another Marvel action game – Wolverine, and rumors of a remake of Star Wars: Knights of the Old Republic turned out to be true! So, this is a set of games which really could be the selling points of PlayStation 5. The thing is that you don't really have to hurry if you don't own a PS5 yet.

Let's face the music. The very gutsy trailer for the new God of War doesn't give a specific release date, and we have to take the developers' word for it releasing in 2022 (it used to be 2021). The next Spider Man game might be released in 15 months in the best case, but it might as well be released in 27 months – "2023" is a little vague a time frame. I don't even want to mention Logan Howlett because we don't know anything about the game – apart from the fact that it's highly unlikely to be developed in parallel with Spider-Man 2. And when to expect a remastered KotOR? Not very soon. Around its 20th birthday, probably. The anniversary of the original release date is in July 2023, and it does not seem insignificant.

Of course, that doesn't mean we'll be left out in the cold by Sony for the next year+. The beginning of 2022 will be graced by remasters such as Uncharted: Legacy of Thieves and – none other than – GTA V. There will also be plenty of room for new franchises, as the intriguing Forspoken is scheduled to launch in spring. But neither remasters, nor some brand new IPs have the power to satisfy impatient gamers, myself included. 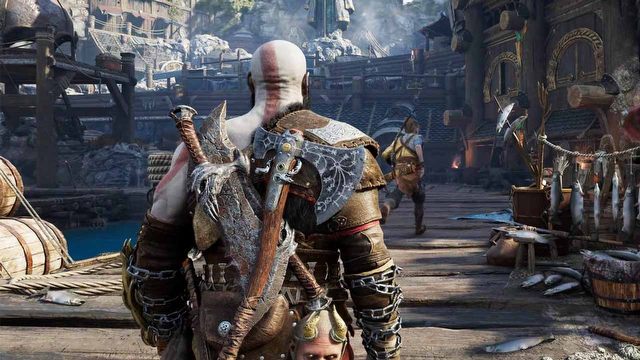 Would play. Just tell me when.

February will bring Horizon Forbidden West, which will probably manage to shoulder the burden of ninth-generation expectations for a while, but it's a very thankless job in my opinion. Sony simply lacks enough electrifying games in its arsenal, and I hope you can already see that. Yes, the race is on, but PlayStation is very reluctant to kick its machine into higher hear.

On the whole, it seems quite understandable, though. In order to excite fans and share any announcements at all, it brew up a conference rich in typically cinematic teasers whose gameplay has nothing to do with reality. What matters most is the confirmation of the very existence of such projects. It's a shame that this contradicts the words of then-VP Michael Denny, who admitted in 2017, on behalf of Sony, that the company happened to announce some titles too early and that such a policy no longer makes sense. Denny no longer works at Sony, however, and the company seems to have reverted to its old habits. Maybe it's a coincidence, but it seems quite telling of the whole situation.

We shall see. So let's wait for more action from Sony. And yes, I know – again. How long can you wait? After all, 2021 is far from ideal for PlayStation. Despite a few worthy exclusives like Returnal or the new Ratchet and Clank and the slowly disappearing problems with PS5 availability, we still look to the future with some uncertainty. At least the immediate future, as the prime-time of the generation might still be breathtaking.

I deliberately ignored Xbox this time, because I'm not interested in calling winners and losers. I'm simply a little concerned about Sony's apparent lassitude. I simply hope that there's a method or an idea behind this approach, rather than blind faith in success. Because it is never sure in retrospect.

I own a PlayStation 5 and don't use it that much, though I hope it will change. But it seems I'll be more likely to rehearse PS4's exclusives for some time. Patience is a virtue, though, and The Last of Us Part II is sitting dusty on the shelf, so I'm not going to dramatize.