My knowledge of the Saints Row series is limited to the third and fourth installments, which both were unbelievably absurd, ridiculous, and over-the-top. I found it refreshing to play the self-referencing sandboxes that dind't take themselves seriously – especially after years of playing in Vice City or Los Santos, where, let's face it, were pretty wacky themselves, but also insisted on a rather realistic general attitude.

However, as my colleague Julia recently learned and described in her first impressions, and which was confirmed in the gameplay, Saints Row 5, or Saints Row: Self Made to be exact, will be quite different from all the previous entries in the series. Sure, it will still be fairly lighthearted, exaggerated, and full of crazy surprises, but it will all be a lot more tame in terms of story and style. So, I have the impression that it is supposed to reach a larger audience, and at the same time take a small (a tiny one) step towards Grand Theft Auto. And I'm fine with that.

My motivation, however, is quite selfish. If Saints Row continued the craziness, it would retain it's style. It may not be as original as it once was, but at least it will work perfectly as a sandbox time-filler while we're waiting for the (possibly nonexistent) Rockstar project, GTA VI. 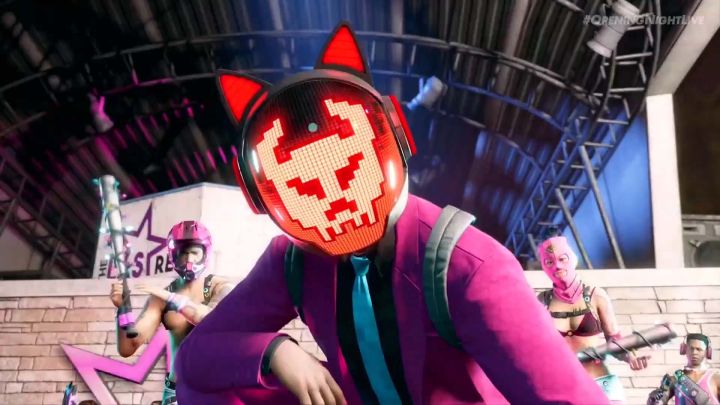 These kinds of images confirm that Saints Row doesn't want to give up its... odd ideas. But probably not in the same way it used to.

You can see yourself that so far, most of the information about the latest Grand Theft Auto is gossip or supposedly controlled leaks, but this kind of news irritates me instead of building excitement about its alleged, almost mythical release.

How many times have we hoped for any kind of trailer, teaser or even a simple title board? Who even knows how many years we'll wait to be able to play GTA 6? That's right. So, maybe it's time to loosen up a bit, banish the expectations of a new Rockstar game, and turn our gaze to the Saints Row reboot? Because, you know, we've got a concrete piece of gameplay footage, trailers, and a precise release date (February 25, 2022).

So, even if it turns out to be about a simple gang war involving eccentric main characters, then hey – that's exactly what GTA is. So I suggest two things: treating Saints Row as a worthwhile alternative, but also forgetting that it represents an established, long-running series. Let's explore the story and let the new, open world sink in without any grand preconceptions. I mean – this is what I'm planning. A genuine sandbox action game is not something we get all that often. Assuming, of course, it will be genuine.