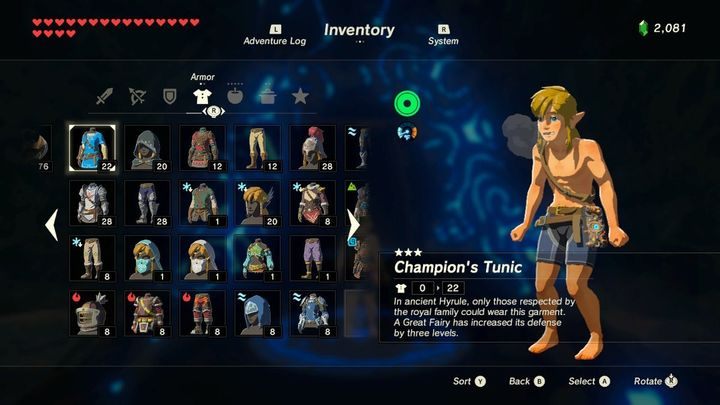 Breath of the Wilds Link is very stylish. His wardrobe usually expands further than his weapon collection. Though to be fair, the clothes dont break as quickly.

But what is particularly exciting about the armors in Breath of the Wild is the many uses they have. Theres a set of stealthy clothes, a Zora set that allows Link to swim up waterfalls, and even an outfit for improved climbing.

The ability to wear different armors or clothes for different missions, or even change them during combat would greatly benefit the Age of Calamity. This again would enhance the strategic depth of the game  if there would be particularly difficult battle, you could decide to try being a little stealthier with the Sheikah clothes, for example. The customization options that would come from this are immense.

Different battle environments could also play a factor. Battling atop Death Mountain would be very different from battling in the Zora Domain. Perhaps the characters will have to adjust accordingly. 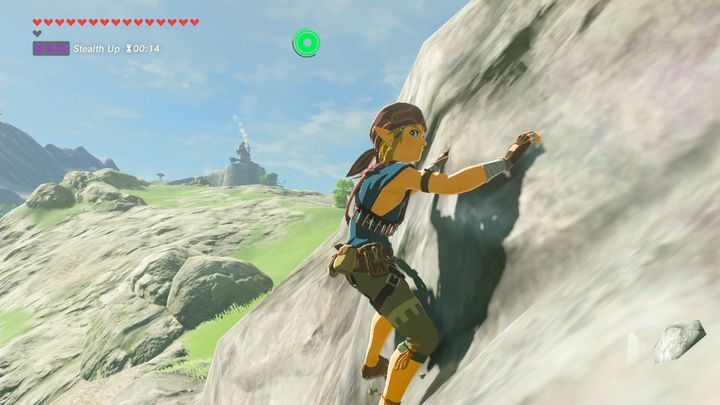 The ability to climb almost anything is such a simple, yet significant change. A wall ceases being an insurmountable obstacle of gameplay, instead becoming an optional challenge. There may be enemies at the gates, but what will they do if I just climb over the back wall?

Age of Calamity likely wont be centered around exploration as much as Breath of the Wild was, but it would feel strange for Link not to have his climbing skills anymore. Unless that was a side effect of the Shrine of Resurrection.

I dont see climbing being the most important thing in Age of Calamity, but the options it would open up could make a difference. Much like the paraglider, it makes the playing field much more vertical, allowing players to get the literal drop on some enemies from a castle wall or a boulder. 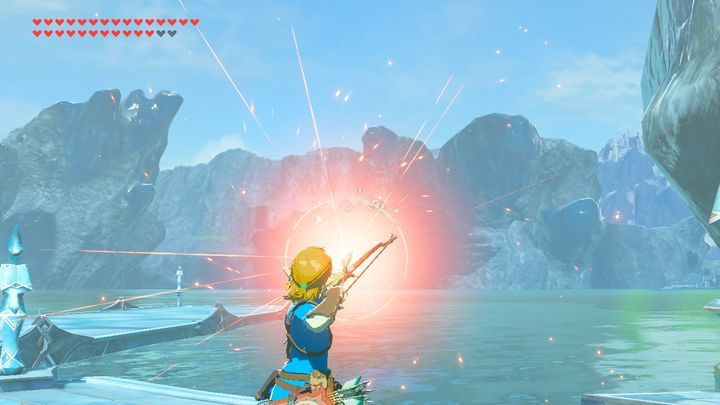 Breath of the Wild had way more arrow types than Id expected, and it was awesome. The bomb arrows were always fun to pull on unexpecting enemies and a well-timed ice arrow could quite literally stop someone in their tracks. Though with Age of Calamity featuring literal armies of enemies, it may be tough to justify using these arrows.

What I really hope for is the opportunity to use these arrows creatively. Perhaps one section of a battlefield is covered in puddles or a shallow stream, and as enemies run through it, you can create an electric burst with a shock arrow. Perhaps bomb arrows will be useful against enemy siege weapons. Or maybe fire arrows could be used against weapons made of wood.

I really do love the variety and possibilities that come from these types of arrows, and I would love to see them implemented well. But it does seem odd to think of using a fire arrow when a swing of a sword could cut down a crowd of enemies.