The onset of early access programs, among which the one conducted by Steam has proven particularly popular, were concurrent with the huge indie games boom – the time when players were awed by the extraordinary, quaint and bizarre games developed by tiny teams. The success of games such as Minecraft, Braid or Super Meat Boy spurred a real avalanche of small games – along with the popularization of new ways of obtaining money for the development.

One of these was early access – a method based on the idea of allowing contributors to play the game before its release; as early as alpha or beta versions were ready. Having paid the developers, the player is not only allowed to play the game months before it’s released; they can also participate in the development process by reporting bugs or submitting suggestions for further improvements. The developers, on the other hand, have a good way of financing their games and can save time and effort needed to perform regular quality assurance. Also, the suggestions made by the players were really good more than once, and allowed the devs to make a better game. 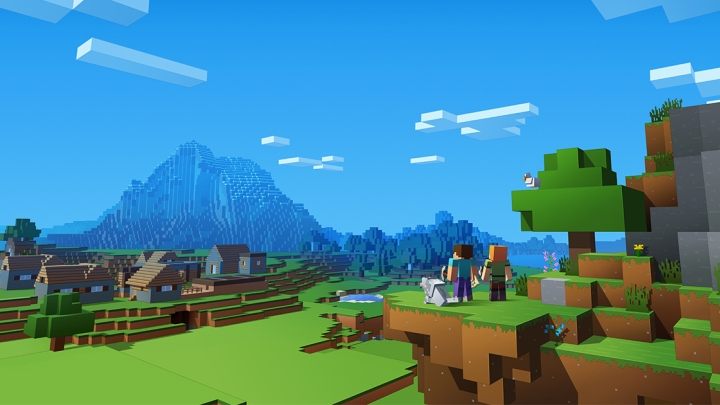 Early Access would probably have never become so popular, had it not been for the enormous success of Minecraft.

As it often is the case with new initiatives that are rapidly growing in popularity, the early access soon earned its first black eye – or rather, it was earned by developers who didn’t keep their promises, or came up with downright phony projects just to lay their hands on some dough. After cases such as Spacebase DF-9, the development of which was abandoned way before any of the promised mechanics were implemented, or Earth: Year 2066, the page of which basically lied to people, players started to approach buying unfinished games with increased caution.

After a few years of the functioning of the new funding model, another – rather unpleasant – practice became commonplace: the “eternal early access.” The development of many early access games was dragging on to the point of ludicrousness. Subsequent updates only introduced some pitiful and tiny details, mending some bugs while creating others; sometimes the games headed in a totally different direction than planned. Years went by, and the games weren’t getting closer to completion – new features were admittedly added, but in terms of polish, they were simply and permanently stuck. More and more people started doubting that the devs were ever going to achieve something that would at least resemble a finished product. 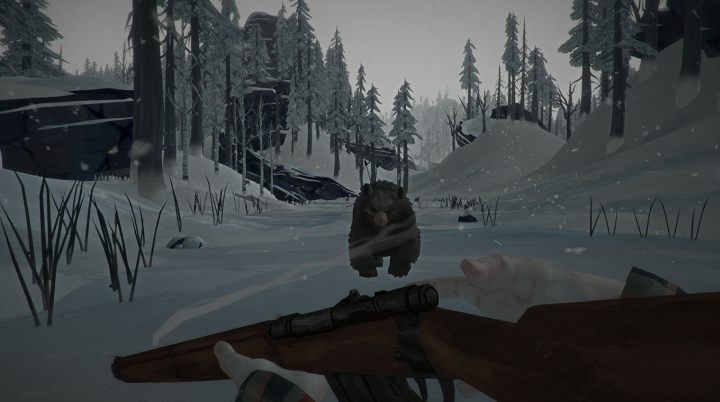 The debut of the full version of The Long Dark in 2017 seemed more of an outlandish exception – rather than a foreshadowing of the demise of the trend.

This problem was particularly apparent with survival games, which are among the most popular early access titles in general. Although the genre was wildly popular even back in 2012, and remained that way for two or three years, there was only one significant title that actually left Early Access during the period – Don’t Starve. Anything else (The Forest, Rust, ARK or The Long Dark) seemed to be nice and cozy in the backstage – the development of these was progressing extremely slowly; the only thing that changed was the release date, from time to time postponed by another couple of months.

Things are bound to change, though. The first big surprise came yet in 2017, when Early Access finally bid farewell to ARK: Survival Evolved, as well as The Long Dark. Truth be told, in case of the former, the final product was only completed in minds of the devs – the game was still basically a beta, suffering some performance issues etc. Still, it was a sign of better things to come. 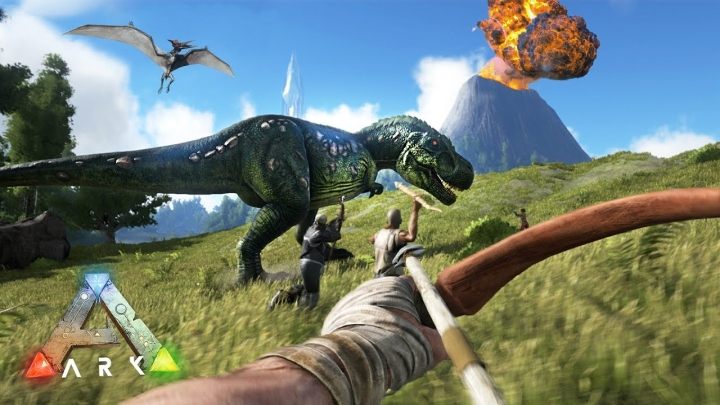 These two releases initially seemed like random exceptions, but we didn’t have to wait long and almost all the games, which had seemed as if they would be stuck in Early Access forever announced they will be wrapping up the production. Rust, The Forest, Subnautica, H1Z1, DayZ – all of them have either been already released, or will be during the coming months, rendering 2018 a truly unique year.

The first high-profile parting of 2018 took place in January, when Subnautica finally reached version 1.0 – the game, announced back in 2013, emphasized story and exploration of the subaquatic realms. That’s also a perfect illustration of how this production model can enhance the development – the first versions met with moderately enthusiastic reception, but the developers listened closely to the criticism and gradually polished their product, in order to eventually create an overall very good game, proving that patience can be rewarded – the game reaped positive reviews, with the Metacritic average of around 88%. 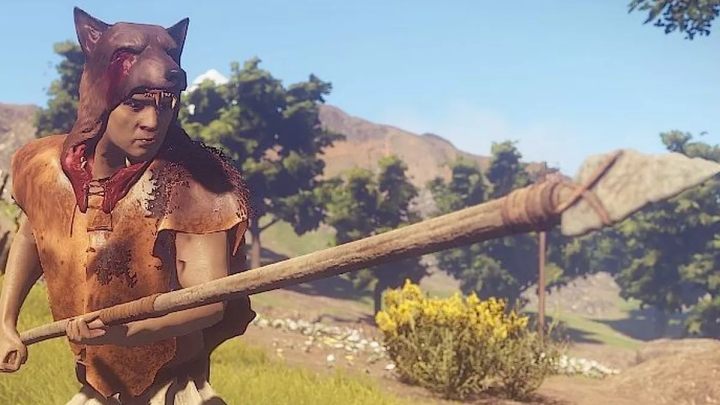 Rust was one of the games that started the survival rage.

Another milestone came the following month, with Early Access waving goodbye to Rust – a multiplayer survival, which – next to ARK and The Forest – was one of the games that brought about the fad for games of this kind. Initially, the game exhibited strong RPG influences, with zombies being the main enemy. Over four years of development stripped the game of any leveling and progress trees, and the emphasis switched from fighting zombies to PvP combat. The graphics also became more realistic. Unfortunately, similar to ARK: Survival Evolved, the end of this game’s Early Access was also kind of nominal – Rust is still riddled with bugs and the optimization is suboptimal to say the least. 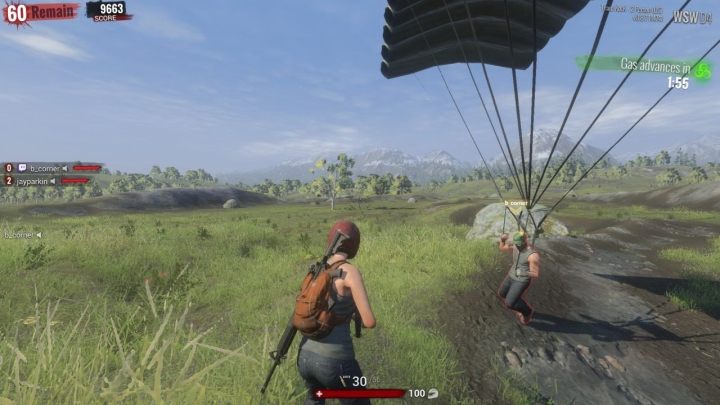 H1Z1 missed the boat with its release – when the 1.0 version was released, only a fraction of players were still around.

Soon after that, we got the full version of H1Z1 – a blend of survival with Battle Royale that used to be wildly popular at one point – or rather a full version of the BR module of the game; during the tempestuous development, H1Z1 was divided into two productions – with the Battle Royale one retaining the original title while the survival variant assumed the name Just Survive and is yet to be released. In this case, the developers flunked the timing and kept the game in Early Access for too long – when the day of the release finally came, the surge of population was already a distant memory and the servers were mostly empty.

If the devs keep their word, which you can never be too sure of, all the biggest survival games of the recent years that have been stuck in Early Access should be released within the next few months. Depending on when you’re reading this article, a full version of The Forest could already be available on Steam; it’s a pretty well-known game, in which, the protagonist has to survive in the eponymous forest after their plane crashes. The thing is that tribes of gruesome cannibals inhabit the area. The game was initially planned as a bloodcurdling horror set in a living and realistic environment. The enemies were supposed to not only be cunning and very intelligent, but also to have a system of their beliefs, related to their family bonds and personal needs. However, as the multiplayer was introduced to the game at some point, the entire concept took a sharp turn and the game ultimately has little to do with the original idea – which doesn’t stop it from being reasonably popular. 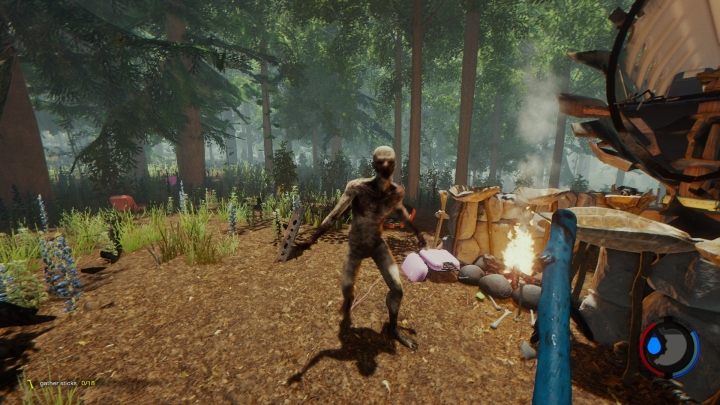 The Forest isn’t going to be the horror it was supposed to become – should be a pretty good online coop though.

The following months should also bring a finished version of DayZ (the release of which was first planned for… 2012) – an MMO shooter, where players fight for survival in a zombie-infested land. Much like H1Z1 (which, by the way, was DayZ’s main competitor on the market for a good while), the game is long past its prime, but unlike H1Z1, DayZ’s servers are still full of players. 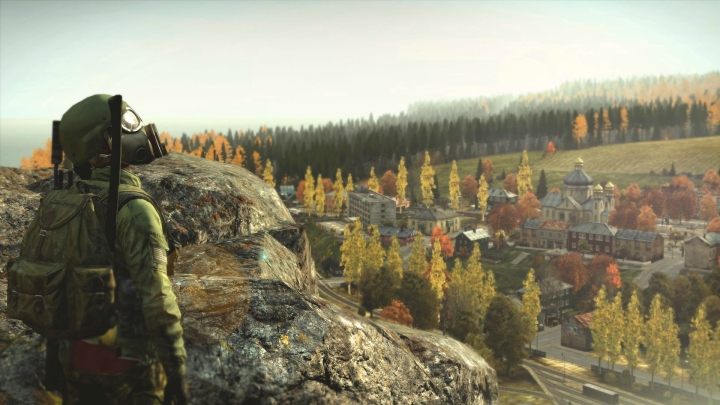 The release of DayZ will conclude the Iliad of Eternal Early Accesses.

The day when DayZ finally leaves Early Access will mark the end of an era. That’s the last of the biggest, loudest survivals labeled as “eternally in early access.” Among the popular games that are apparently not getting any nearer the release, only Star Citizen will be left. In the case of Chris Roberts’ game, leaving the beta before 2019 seems rather impossible… still, not more than six months ago the same was true about The Forest and Rust – and just look where we are now. Anyway, 2018 should be remembered as the year that abolished the eternal early access. Now we just have to make sure that the transition from beta to 1.0 is more than just a change of letters for numbers; that it’s first and foremost warranted by the technical condition of the game.