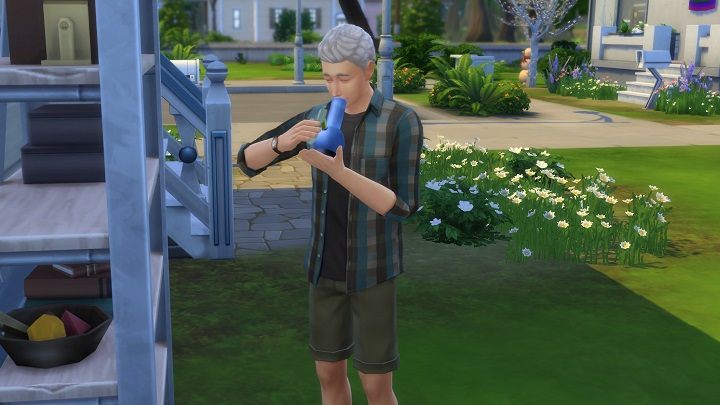 Quite a common sight in the Sims.

Basemental Mods is a series of three mods that make a lot of changes to the game. From numerous additions to the furniture and the rewards store, through alcohol, cigarettes, and drugs, to organized crime and gangs (if you have The Sims 4: Get to Work extension).

There is a disclaimer from the creators of this mod:

Basementalis in no way promoting, encouraging or glorifying the use of drugs in real life. The harsh realities and negatives of prolonged drug use is a key feature of the mod.

So, with everything you get here, you can count on reality. After all, it's a life simulator. 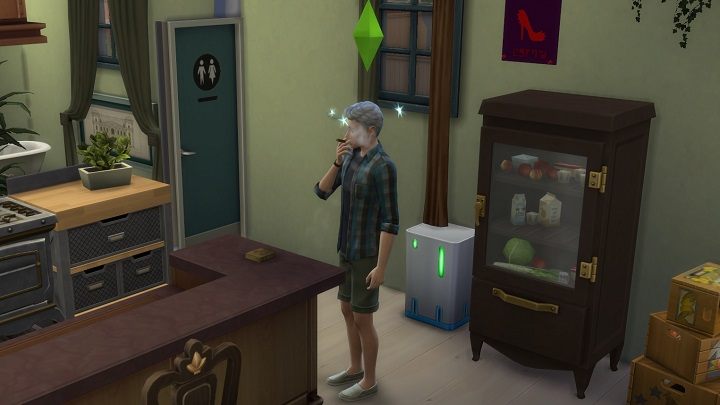 A sim under the influence.

The question of the presence of cigars in games has already became a symbol of the franchise. This example always comes up when people discuss the creators' decisions about softening the content in the game. The ultimate proof on hypocrisy: no to alcohol, no to tobacco, but yes to violence. Isn't that right? In The Sims, of course, too, there are no cigarettes. Alcoholic beverages are limited to drinks that do not affect the behavior of the Sim. But then you can go fist-fight someone or call your mother a llama.

Basemental Drugs, of course, changes that. The phone will let you set up a meeting with the doctor, who will get you a remedy for your everyday troubles. A shaman also appears in the game. The mod also introduces a dealer. You will have to create him or her yourself  the regular way, in character creator. Just make sure you give them the "drug dealer" trait, and let them move in the neighborhood. And that's it. You will be able to buy different drugs of different quality and at different prices. They will also have fake IDs that teenage sims can use to get to clubs illegally. The club entrances will now be guarded by bouncers (whom you also have to create in the wizard yourself). The developers don't recommend playing as the dealer  just keeping them around as an NPC. Other sims can interact with them the usual way. And even should, as that's profitable. 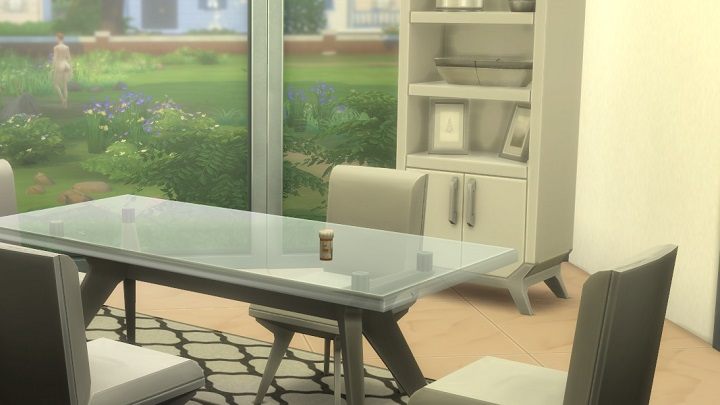 Rain on the concrete, xanax on the table, naked NPC outside the window.

This mod introduces cigarettes, cigars, and all the drugware you need to use drugs. On top of that, the drinks you can get at the bar will have real names now. The mod also introduces the state of intoxication. As well as the hangover. Drugs and any tranquilizers can also alter the mood. If your sim starts smoking, they will soon become addicted, and every few hours will need more  this will affect his health and relationships with others. Amphetamine and cocaine work the same way... and all the other stimulants. Three sessions of rehabilitation for a total of 3 thousand simoleons will get rid of the problem.

However, be careful  the police and SWAT can raid your place. Both consumption and dealing can get you to jail, unless you can bribe the law. In the menu, you can set the chances of such a visit. You can also legalize the drugs  with just a single click! There will also be new seeds in the construction mode. Yes  you can create your own plantation.

If you own the Get to Work expansion, you will also be able to run a money-laundering front.

You don't need to install this mod if you've installed the previous one (it already includes alcohol-related stuff). But if you want to play without drugs, you have a choice (alcohol is a drug too, arguably). 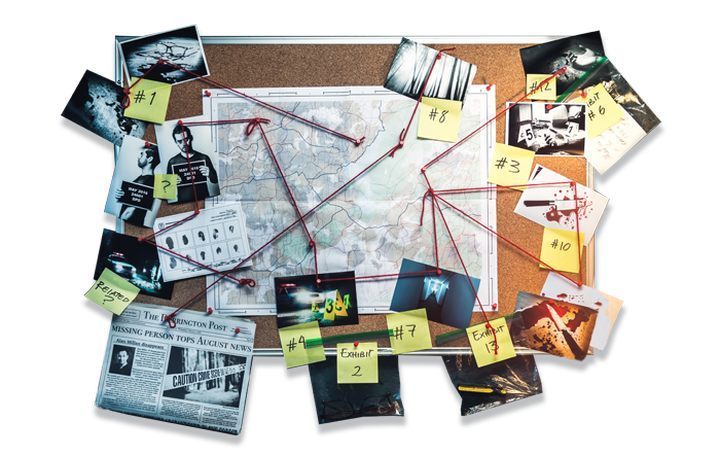 This mod requires the Get to Work DLC and the Basemental Drugs mod, as well as the highest drug-dealing skill (if you've never been dealing, you can use cheats, also found on the mod webpage). In the Sim's phone, tap the brass knuckles icon to create a gang and recruit members. That it. Thus, you enter into the world of organized crime. As the boss, right from the beginning. There are four groups to choose from: Simkuza, La Cosa Simstra, Newcrest Thugs and Fifteenth Street Gang. Each of them has, of course, its fierce rivals, the first, for example, has scores to settle with La Cosa Simstrata, etc. From time to time, you will need to use your soldiers to beat someone up, or go deal drugs.