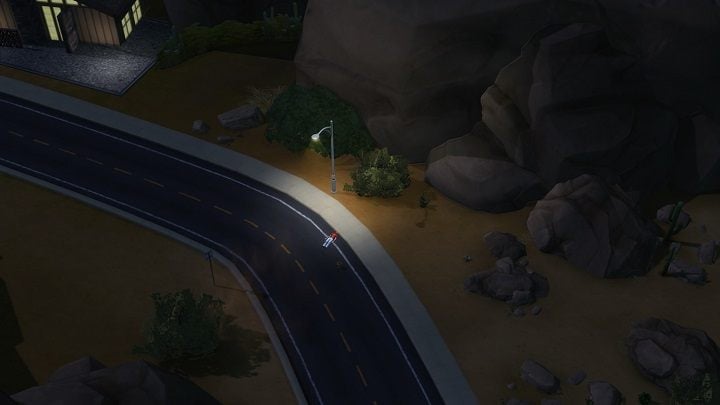 Murdered by a hitman, a random passerby lies on the street in the light of a lantern, forgotten by the Grim Reaper.

It's time to add some violence into the mix. You wanted realism? There you have it. Life Tragedies will add to the Sims' lives everything you wouldn't want in your own, but there's nothing better than torturing harmless Sims, aye? Maybe you want to rethink your sick drives (I know I don't) – in the meantime, let's talk about a tragedy simulator.

Or maybe these are no tragedies at all? It's actually a scumbag simulator. Imagine your sim as an evil genius with unlimited powers and resources. One of the things you can do is send a hitman after someone. You get a whole spectrum of colourful personalities to choose from. If you'd rather cut the middle-man and do the wet work yourself, you'll have a range of options available, including stabbing with a pen, suffocating with a pillow, or frying with a flamethrower. Not enough? I know it's never enough. But there's more.

The next item on the agenda is deadly diseases. You can give them to people, take them to the hospital (if you have the Get to Work expansion), cure the disease and give it again. It's not that it doesn't have any consequences. The sick Sims will cry, get depressed, and their lives will soon be over. And if that's not enough for you, I'll tell you a story: 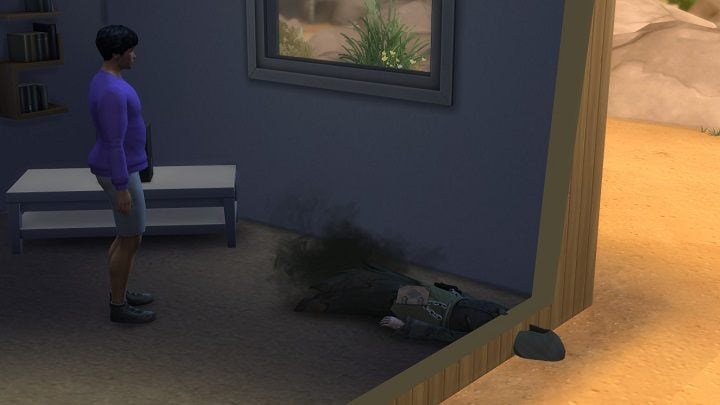 The lawnmower got hit so hard he went through the wall.

Since I wrote the first version of this article, I was left with a pathological family of two incredibly conflicted sims. Lei, the substantial lady in the hairdo, was constantly taking it out on a big muscle guy. Of course, when she got a chance to use brand-new bullying techniques, she battered him even further. He laid on the lawn bruised and bloodied for a good while before he even moved. And when he finally did, he hired a female hitman who came, watched the TV for a while, and left. And 5,000 Simoleons for the job went down the sewer.

The brave warrior decides to take care of the matter himself, and strangles his roommate with a diaper. The Reaper arrives, the conversation was was so he stayed for dinner, followed by a beating. Our insane killer hero walked out of the house, handed a poisoned apple to a stranger, and then gave a terminal illness to the elderly lady delivering pizza. As she kneeled, crying, the NPCs rushed away. Out of boredom, he called the assassin professor. As the professor was stabbing a random passerby in the neck, our strongman took the elderly lady away and bid his farewell, burning her on the spot with a thrower, laughing maniacally.

By this stage I was a bit sick of his exploits, so I ordered a car accident for him. The car, hitting him with much momentum, launched him high into the air, and he, having landed underneath a bench, dead, in the company of his good pal Grim Reaper, enjoyed a refreshing nap.

Bullying is dumb and a sign of weakness. If you've ever been bullied, it's of course no laughing matter. Upon noticing any form of violence, you should always stand up and help the people in need. Beyond that, this mod can be good fun, even though it's obviously pretty edgy. Remember, asking for help is no shame.

The mod will also enable anyone to commit assault and to speed up the aftermath of tragedies – meaning the sims will fall ill more often and more quickly, and that kidnappings, armed assaults and homicides will be more popular.