When I decided to write a piece about cringy E3 2019 moments, I thought to myself OH, THIS IS GOING TO BE SO AWESOME. Then I started watching the streams with a mission to look carefully for anything that goes wrong in the background, to pick out the details that some might miss. But boy, was I wrong. It all happened right in front of me, I didnt even have to wait very long for something bafflingly off-beat to happen. But I was right about one thing. To all of you, who are fans of cringe humor  OH, THIS IS GOING TO BE SO AWESOME!

First, the way I wanted to go about the task was to hand pick some singular, cringy aspects from here and there to create an entire timeline that would go evenly through the entire expo. That, however, proved impossible. There are two conferences in particular that stole the show in terms of saltiness. And even though EA Play is a separate event, I still consider it part of E3, especially due to timing and location. So let the CringE3 Con begin! 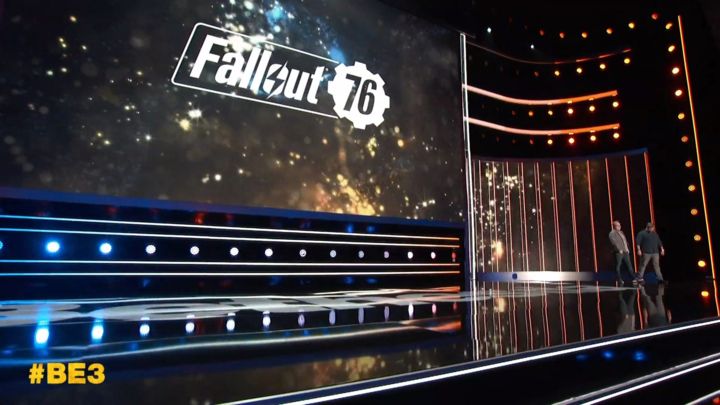 During the entire EA Play event, there were individual moments when hosts or guests decided to go a bit out there with their jokes or comments, but all of them have been eclipsed by the performance of Greg Miller, and his jokes. Some might argue that this is his stage persona and I shouldnt be so picky. I do agree, this might be his style, and theres nothing particularly bad about it. But it is the very definition of cringe. Change my mind.

Hugging everyone, shouting nearly every line as if commentating a wrestling game, interrupting his guests with goofy comments. Yup. Sounds like a perfect way of showcasing EAs upcoming games and features. When talking to Dennis Randall representing the Star Wars Battlefront II team, he decided to simply shut the guy up and asked the camera operator to zoom in on himself because thats more interesting (or funny  haha!) than whatever Dennis had to say about Star Wars: Battlefront II, and presumably because it had nothing to do with Star Wars Jedi: Fallen Order. At least I could get a good close up, just like in The Office. Now that I think of it, maybe he wanted to follow Michael Scott and assumed an alter ego for the event? Maybe Expressive Gamer Greg is his answer to Prison Mike?

Lets stay with EA Play for a bit longer. Im not a fan of sports games, but I wanted to watch the Madden NFL 20 panel. I mean, Id wanted to  before it started. After seeing Adam Rank Saying he wanted a bigger round of applause and his guest sitting in the umbrella hat just for fun I just wanted it to stop. I mean, thats the thing about cringe. You want it to stop, but at the same time, you dont. And after this panel, I was eager to get some more.

Ive already outlined my problem with anchors making fun of the games, presentations which they host. But hosts making fun of a game by implying its just crappy is even worse (i.e. better). In your opinion, which game is more epic than Star Wars, more extreme than Battlefield, and more competitive than Madden, FIFA, and Apex Legends combined? Of course, its The Sims. Give a round of applause to EA for hiring this guy, dont be shy. I havent felt that embarrassed in front of my TV in quite some time (and I have watched the last season of Game of Thrones, which might be quite a benchmark of salty).

Given some of that excitement, Im impressed youre still here

That's what she said!

The Bethesda conference started guns-blazing, with representatives known to fans for trying to turn the Companys numerous dire situations into a joke over the past year. One such joke would add a sufficient amount of salt into this boiling pot. But then, the audience, rather than invading the stage to settle the score for all the mishaps theyve had with Fallout 76, went wild with applause. Nearly every sentence uttered during this conference resulted in people screaming enthusiastically and applauding as if they meant it. But there were times when the camera zoomed in onto the members of the audience at the moment of such cheerful burst, and I failed to notice anyone actually clapping their hands or cheering  wierd. Well, I get it, some people get more excited than others, but not to that extreme. Heres a valuable lesson for you, Bethesda  if you hire a claque, make sure to slip a buck into camera operators pockets as well. Seriously, the fact that some stores sold gaming consoles with not one but TWO copies of the game, or that an online shop added Fallout 76 as a bonus to DualShock 4 Analog Thumb Grips says enough about this whole thing. 16 million players. Highly amusing. But maybe its just me. 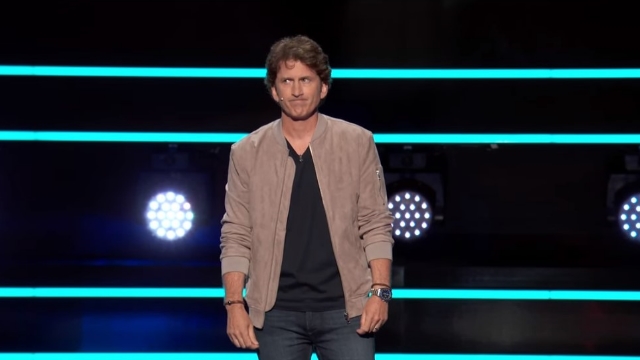 What was even funnier about the Fallout 76 presentation was the point when Tom Mustaine (Co-studio director) takes the scene with Jeff Gardiner (Project Leader), and cant help himself, but laugh. The guy literarily knows the game is shitty. He knows everyone knows it, too. And now, there he is, standing in front of a room full of disappointed players and talking about it. But hey, a lot of applause, right? And then, after showing what new is coming to this game, he summs it up briefly and elegantly with the memorable Fuck yeah, weve put battle royale in Fallout 76! My question here is does it come with some more redundant idiocy on the side? What exactly will the battle royale introduce? The last player who gets banned for doing something developers hadnt foresaw wins? Ok, now that I think about it, I like the idea.

Lets leave Fallout 76 for a while. Ok, lets leave it forever and never come back to this subject, Im done. However, Im still not done with Bethesdas conference, no sir. Elder Scrolls Online. I did enjoy this game for a while  until I found something else to play. Its not anyones fault, I simply decided to spend some time with other games. So I was quite neutral when I saw that the conference is going towards showcasing a dragon-focused expansion. Again, looking at how the audience reacted, somebody could assume this is the release of the century. But, seriously, I do know some fellers who are excited about the game, even if nobody pays them to be. After the audience stopped cheering the presenters exciting breath, those of us actually paying attention could hear When we announced Season of the Dragon, we kicked it off by showing you a video about how dragons were unleashed [] and we ended with a cliff hanger. Now, Im really excited to show you what happened next. I have to admit, I got a bit excited to see something new. But then the video ended and Matt Firor (Studio Director) summarized it exactly in line with what I thought myself: Thats right. Another cliffhanger.

Oh, and there also was the Ikumi Nakamuras session. But youve gotta see it yourself.

You look shark in this costume

In general, E3 2019 is yet to be evaluated, however, some people can already tell this wasnt a particularly good E3. I kind of agree after not seeing Sony there and just skipping the several videos after noticing yet another cinematic trailer  seriously, am I the only one who thinks there should have been more gameplays? I do not jump to the conclusion that this E3 was bad. It was peculiar. I think it has something to do with the ever-changing situation in the video game industry and the increasingly limited marketing techniques. But that, my beloved readers, cannot erase the picture from the PC Gaming Show panel, where a gal interviewing some game devs appeared on the screen wearing a shark suit  out of the blue. With no context. I watched with amazement at how the person she was interviewing was trying to get out of this conversation in the smartest way possible. I have to say, it was quite sharp. 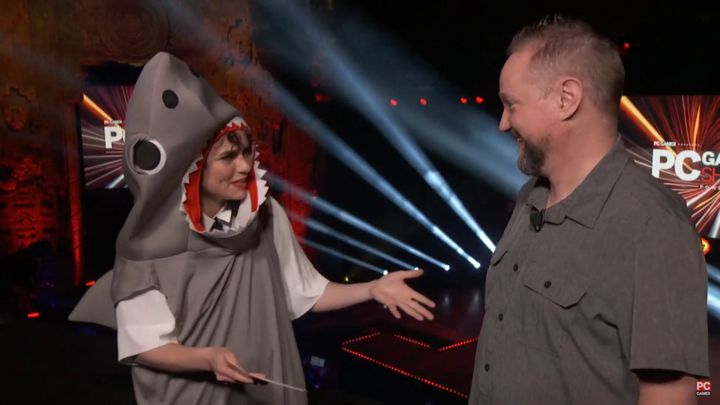 Of course, if youd like to see some more, you have to go through stream videos and look at all those people in the background. Describing all those cringe moments would just ruin the magic. I just wish that next year, my reason for watching E3 live streams will be video games, rather than cringe.