Yes, you read that right. Elden Ring is my first attempt at a soulsborne game. I've only tried Sekiro at my friend's, and died after a few minutes, when my brother had handed me a pad for a moment, playing Dark Souls 3. I just figured these weren't the games for me. They reminded me of extremely spicy food – no pleasure, just bragging material. Contrary to my previous instincts, I decided to try my hand at Elden Ring and... I absolutely fell in love with it.

From the first announcement, I found Elden Ring much more interesting than any other FromSoftware game. It was supposed to have an interesting storyline, with the name George R.R. Martin flaunted in the promotional materials. The icing on the cake was to be the open world. I secretly decided that if I would only feel frustrated in the first two hours, I would simply uninstall the game and this article would be two sentences long. I didn't even notice when the first five hours have passed. With a big smile on my face, I admired the first boss I killed – I even managed to defeat it after just a few attempts. The next day, I was gone for another five hours and... I already saw a pattern emerge. 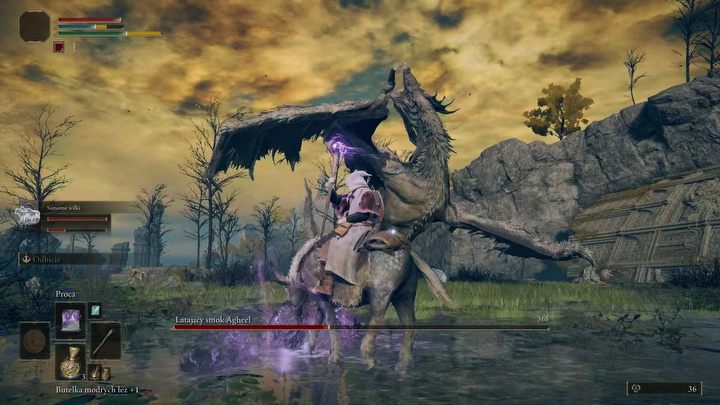 Some enemies are *gargantuan.*

I haven't finished the game yet, and I'm probably still far from the finale, but that's for the best, as I don't want this adventure to end – I go through it at my own pace. It's this last element that (in my opinion) makes Elden Ring so good as an introduction to the world of FromSoftware games. From the very beginning, I decided to collect runes in reasonable amounts and try to quickly level up. I wanted to defeat the Tree Sentinel, who swept me off the board right after the game started.

For the first few hours it was exactly like that – I mastered the basics of combat, restored many graces and buffed up my character a little. A bit later, however, I decided to accelerate a bit and ventured a little further into uncharted areas – and then I hit a stonewall. One of the optional bosses took away at least an hour of my effort – to no avail. Finally, I reclaimed my runes and headed towards the Tree Sentinel mentioned earlier. After a few attempts, I was already taking a screenshot of the defeated enemy and felt some incredible satisfaction.

In general, "satisfaction" is the key word that accompanies me during my adventure with Elden Ring. Each subsequent boss, each discovered cave and found spell are a reward for persistence and skills acquired along the way. It's been a long time since I have felt such joy in defeating my opponent in any game. I also have the impression that the difficulty level (although high) is very fair. Depending on the chosen strategy and build, you can invest many points in specific stats and, for example, maximize damage and HP, thus making each encounter significantly easier.

I also happened to play the co-op mode. I liked killing bosses together a lot, although unfortunately the multiplayer module itself is not very intuitive and I did not like the summoning mechanics. However, I think that I will still play the multiplayer in Elden Ring more than once. 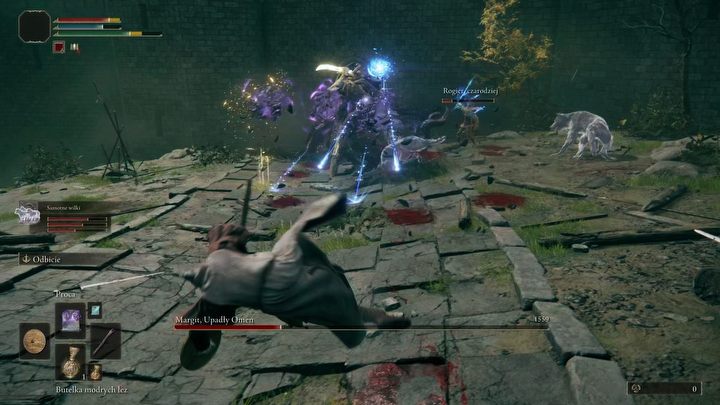 Taking a screen shot during a fight is nigh impossibility.

Losing myself in open world

I mentioned above that I lost myself for hours in the world of Elden Ring, but what exactly was I doing? Well, sometimes I fought every enemy I came across to collect runes, sometimes I tested the bosses, but most of the time, I just explored. It turned out that exploration in the Elden Ring is simply great. Not only was it a pleasure to travel through the fantastically designed locations, but also to discover secret passages and find powerful Ashes of War and spells (I play an astrologer and mainly use spells, although I also sometimes swing the sword).

I can't count how many times I mounted Torrent and just set out in no particular direction, to eventually be drawn to a golden tree or ruins I wanted to explore. Along the way, waited small castles or caves, and it was almost impossible to find myself stuck; even if I encountered a huge cliff, there would surely be stone stairs to find nearby. You must know that I generally do not like open worlds nowadays, because they usually feel empty, only making a good first impression, just to overwhelm you with hundreds of question marks and checkpoints (I'm looking at you, Assassin's Creed: Valhallo), offering activities that usually turn out meaningless. In Elden Ring, as you can see, the situation is the complete opposite – exploring the map feels very organic and simply fun, it is an element of the game that doesn't seem to be forced into it, but rather to be a key element of the mechanics.

I'm alive (though I die often)

If everything you've read so far sounds overly optimistic, then... I can only apologize for not being able to find other words to describe my first (serious) encounter with FromSoftware's game. The Elden Ring swayed me and dragged me into its snares, and I don't even feel like breaking away. I liked the gameplay so much that I am willing to turn a blind eye on things like rather poor optimization (the game actually never maintains 60 fps on PS5 outside of closed areas of dungeons and castles). If you haven't had any contact with soulsborne games so far, Elden Ring is hands down the best place to start your adventure. 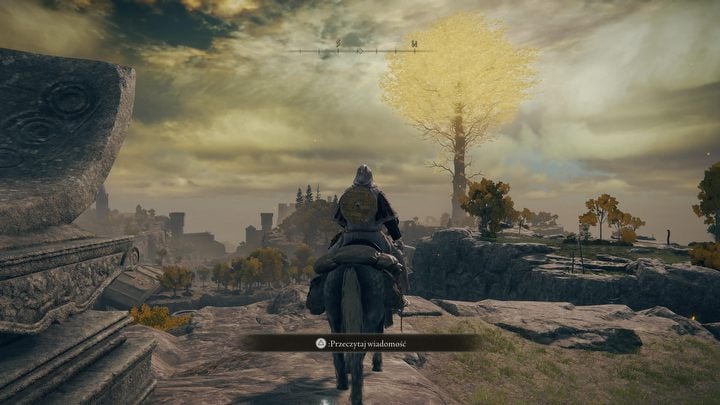 Sometimes it's worth stopping and admiring the views.

I don't remember the last time I played a game with a notebook full of notes about what features in my build I needed to reinforce, where I found interesting items and where I wanted to come back to settle the score with a particularly powerful boss. I must admit that I also spent a few longer moments watching videos on YouTube with character builds, strategies, the best spells and weapns, etc. In other words, I felt fully committed and had it not been for the fact that I had to wake up to work in the morning, I would probably have missed more than a night of sleep. Now let me get back to the game, there's a dragon I have to saly...