Elex is a new game by Piranha Bytes, a German studio that created Gothic and Risen series. The developer presented first information about their new title at a closed media presentation during this year’s gamescom. You can read our first impressions here. After the presentation we sat down with Bjorn Pankratz, the game director at Piranha Bytes, and asked him few questions about Elex and their previous titles. 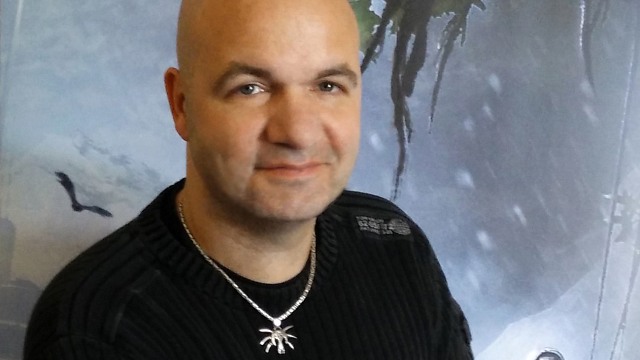 There is huge fanbase for your series like Gothic – especially in Europe – people are constantly looking for something new concerning your games. Did you ever consider continuing with Gothic series or was Elex your primary goal?

When you ask three people what was the great thing about Gothic, you get five opinions. The central term you always hear is “because of the atmosphere of the game it was so good”. We analyzed all previous titles and we think there were many mind-blowing situations in the game. We want to put all of these cool situations together in one game now. And the reason why we don’t do another Gothic title is that we want to do Elex.

So you’re combining everything that was best in these games?

Yeah, but it is in a completely new context, because sci-fi elements and post-apocalyptic elements make it so interesting and challenging for us. We put it in a hybrid, a setting that we call science-fantasy. So far we made computer games in a fantasy setting, now for seventeen years or something. We think it’s time for a completely new start. If we were to do another Gothic title, we feel like we’re in a closet. Many fans also have their own expectations about what Gothic is all about – you have to implement Xardas, you have to implement Milten, and so on. The expectations that you have to fulfill are so high that we say “no, we want to have freedom to decide what to do”, and Elex is the answer to that. 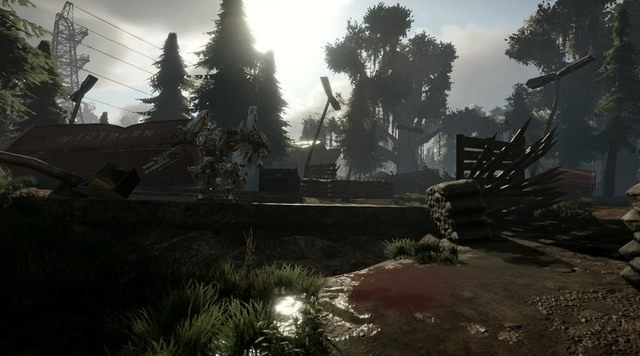 Let’s talk about the game now. You said that you could actually start the game anywhere, because this will be a completely open world. However, will there be any starting location?

Will there be any limitations then? For example, will the monster’s level limit where you can actually go?

Yes. Well, you can try and if you’re lucky then maybe you can manage this kind of gameplay, but it’s your choice as a player. If you want to face difficult monsters, you are able to do so, and that’s the big thing in our games so far. We don’t like fixed scripting or cutscenes or something like that – we want to present real open-world experience.

Are you planning to introduce some super-difficult creatures? If you think of The Witcher 3, there were Witcher contracts there with really difficult monsters. Will Elex have these kind of creatures that you will have to kill and that will give you special loot or chests?

Yes, there will be such creatures. Be prepared.

What about populating the world? Will there only be small settlements or maybe any ruins of big cities?

That depends. We will have settlements, camps, small cities, and even big devices in which people live (like the Albs - the technology-oriented faction that uses this elex substance for their machines, guns, creating robots, etc).

During the presentation you mentioned that there will be a fast-travel system in the game, maybe teleports. Will there be any means of transportation like creatures that you can ride or a suit that you can use to travel faster?

The suit that you will have is the jetpack, and it’s a really big fun factor in the game, because you can reach every point in the game. What you can see is what you can reach, and that’s a very interesting feature. We find ourselves, every time we play the game, always using the jetpack to move on and to reach any location, instead of using debug keys (laughter). 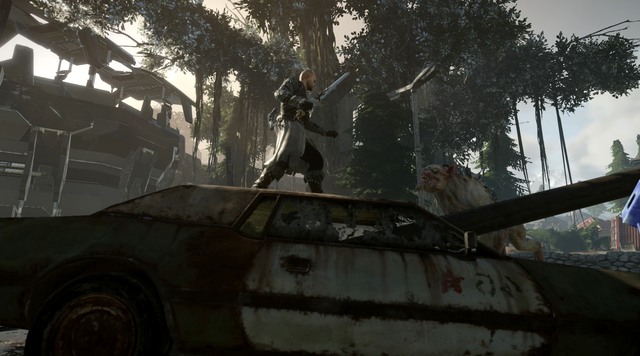 You also mentioned that you don’t know yet whether the jetpack will be available immediately from the beginning of the game, but will you have to develop it in any way?

No, you will reach it very early in the game so that you are able to use it very early, because it’s really a part of your movement. We will give this feature to the character as soon as possible.

So there will be no upgrades to the jetpack as such? This will be its final form - what you get is what you got?

No, we will think about it, but we are not sure yet. The feature is working, it’s already playable, but there are many ideas we have what you can do with this thing. However, the jetpack has to match with balancing, story presentation, etc. We have to think carefully what we want to do with the jetpack in order not to destroy these things. First of all, we want to give the player the freedom he wants to have in such a game to reach any point.

You mentioned that it will take about 70 hours to complete the game. Is this only for the main story or with all the side quests?

All the side quests.

Let’s talk about in-game choices. Will these choices only be limited to the quests or will they all constitute to the final ending that you get?

Can you give me a sneak-peak about the hero, maybe few words about him, something that would be worth noting?

He once was an Alb and he was a great war commander. He consumed this substance, elex, very often and he consumed too much of it. He doesn’t have any feelings, no scruples, no empathy. He was shot off the sky in his glider and now he finds himself on the territory of the free people. His own faction doesn’t want him anymore, the free people that he once fought don’t like him. It will be very difficult to get your skills and gadgets, etc, because nobody trusts you and that’s one of the things that you’ll have to overcome in the story.

So the reason that he is the person he is, is actually elex? That’s what happens to people who use the substance?

Yes, to the people who overuse it. 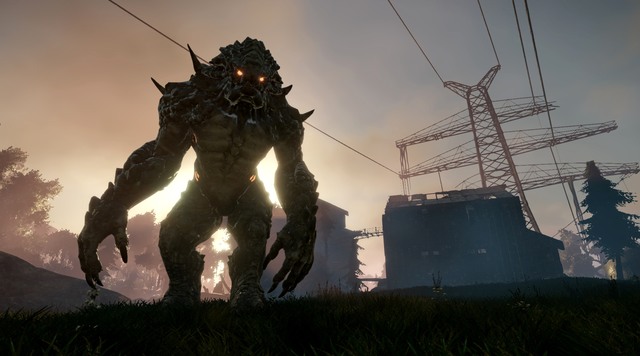 I read on the forums that you plan to implement multiple-piece armors, so like separate legs, chests, etc. Will there also be classes for the armor, like light and heavy, and will they be available for you from the beginning of the game?

Then there will be no character classes as such, but the development of your character will depend on the organization you choose to join?

Yes, as usual in Piranha Bytes games, we always make this kind of “learning by doing”. First you need to know their intentions and their way of life. It’s a breathing, dense, simulated world where every NPC has an opinion about everything. You have to decide if the way they go is yours or not. Therefore, you either become one of them or you don’t.

Now it has become really popular in games to have a homebase for your character, like the Skyhold in Dragon Age: Inquisition. Will there be anything like that?

Yes, there will be something like that, but we are not yet ready to talk about this.

Is there anything about the classes of weapons that you can reveal? Obviously you have ranged weapons like guns, bows, crossbows. And then there are all kinds of melee weapons...

Melee combat is one of the big things you can use, and every faction has their own types of both melee and ranged weapons. It’s up to you what you want to choose and what you want to play with.

Great! In the gameplay piece we saw the change between ranged and melee weapons during the combat seemed actually pretty smooth. Will magic be used in combat as well?

Yes, of course. When it’s your way, then you use magic.

You mentioned that you plan to release the game on PC and consoles at the same time. Will the game differ in any way, for example in terms of mechanics, controls, content maybe?

We can’t say it at the moment, but the plan is to have it all the same on all the platforms. It all depends on what the future brings, we’re still early in the development process. 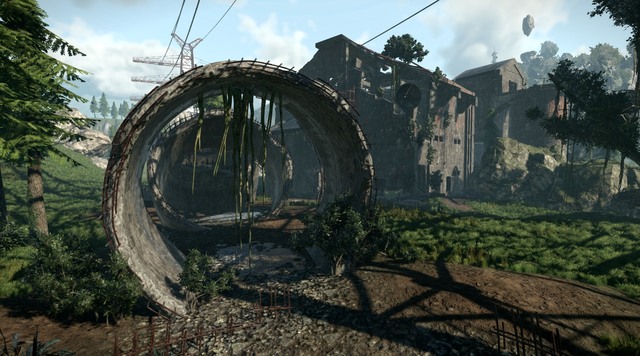 Was there anything in particular in Gothic or Risen series that you were extremely proud of and you thought “that’s exactly what we want to implement in Elex”?

Yes, the inter-connected quest system, because it is a very special way of telling a story. We were able to create a network of missions and NPCs that depend on each other, who know each other, and that’s one of the things we can do really well. It’s much better when you feel like you are a part of the world, and not only meeting a character that is not important for the whole game. The experience is not so good when you don’t know how important this person you’re talking to really is. You have to pay attention to what you are doing in this world, because every dialogue line might be the one that can destroy your relationship with a whole faction.

But you don’t want to simplify it, like some modern RPGs do? Some games explicitly tell you that by choosing this answer, something like that will happen, for example you’ll get expelled from the faction?

You will have to do many things before it will come to this conclusion. We don’t want to be unfair in the game. You have to understand what certain faction’s intentions and beliefs are, you will have to understand how they work. We have a moral system in the game, you can act more like a human or like a machine. Even a badass can save the world. In the end, you are their hero.

You mentioned the moral system. Will there be any incentives to follow a certain path? For example, if you act more like a human, people will like you and you will get lower prices for all the merchandise in a certain faction?

Do you feel that Gothic fans will feel at home in Elex?

Yes, there will be much more Gothic in this game than there was in Risen. 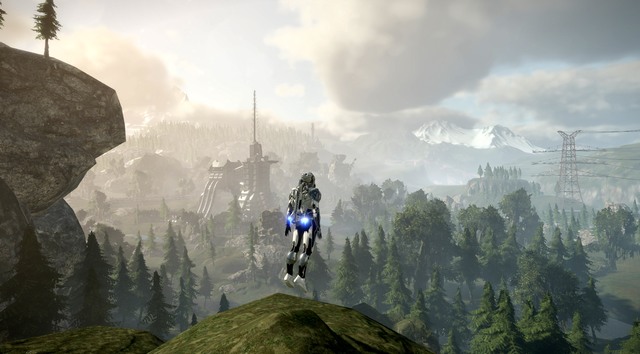 Elex 2 Is The Biggest Game We Ever Made. Interview With Piranha Bytes

There's quite a treat coming for fans of Gothic and games by the Piranhas - Elex 2 - the sequel to the studio's latest IP. We've asked two of the devs, Bjorn and Jenny Pankratz of Piranha Bytes, about what it was like to develop a game like this.