Indiana Jones and The Last Crusade 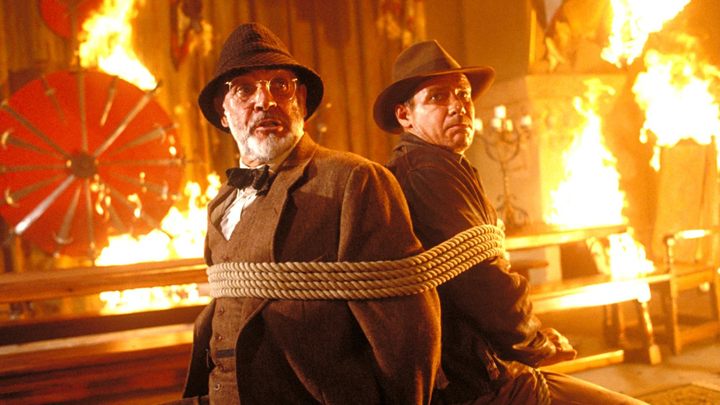 And finally, let's hit some lighter, warmer, more optimistic tones. Though not devoid of adrenaline and danger. Let us hear the cult march that accompanies the adventures of the most famous archaeologist of all time (sorry, Lara). Let the adventure begin. In one of the best adventure films that have been created.

Because it's Indiana Jones and The Last Crusade. An absolute adventure. A timeless fairy tale about a troublemaker and adventurer looking for a great treasure set in specific realities. About his meeting with his father, with whom he can't communicate. About chases, shootings... and forgiveness. Here a figure like Aladdin who fights with German Nazis, and a brave archaeologist, instead of drowning in dust from excavations, swings his whip to prevent criminals from obtaining a priceless and dangerous artifact.

It has every element a movie needs. Romance of the charismatic main character (Harrison Ford at the peak of his capabilities) and his father (Sean Connery in one of the most pleasant roles in his career), adventure and a great mystery. Great danger and enemies. Respect for relics, which is difficult to find in fresh franchises of adventurous cinema. As well as great shots and music by John Williams.

Indiana Jones and The Last Crusade is an invitation to a never-ending adventure, to a hectic brawl, where everything is a little bit more dangerous, bigger than life  but also more beautiful, more momentous. It is a land for those who cultivate an eternal dreamer in themselves (because not even a child). And it's not like I was listening to Williams' timeless march when I was finishing this text.

Shots of the fifth Indiana Jones were to start this year, but were postponed to 2021. Harrison Ford has his years, but I still have fingers crossed for this project. And Ford obviously cares about it too. In an interview, not that long ago, he said: "No one can replace Indiana Jones. I'm Indiana Jones!". Let's hope that this time nothing will break in the production process.