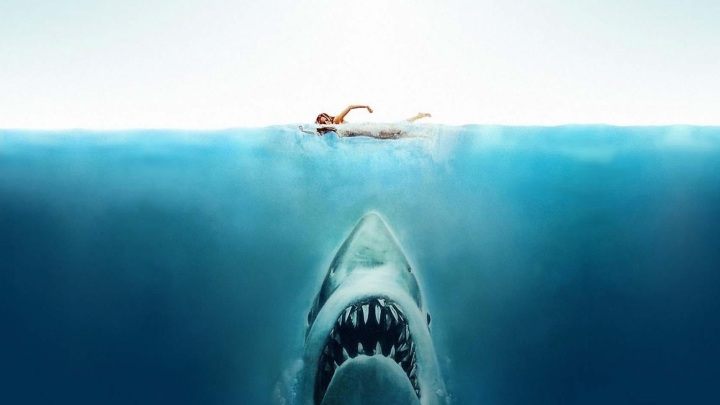 Now sit down. What I tell you will forever change your perception of cinema, life and the world in general. Are you sitting? Really? Comfortable? Hold your backs (and your butts as Samuel L. Jackson would say). Well, shark movies used to be horrible and scary. They caused nightmares. People were leaving the cinema and somehow less eagerly swam in waters (even if the only sharks that floated there were those financials). Because before the films in which the tornadoes of fish fight giant octopus have appeared, one man-eater lurking shark jumping out of a movie frame was enough.

You know this movie even if you haven't seen it. You've heard this tune that signals that something bad is coming. That an unknown threat is coming. Pop culture has passed the jokes about the fin sticking out of the water in all possible ways (and the melody too). Yet Spielberg's 1975 thriller still remains a strong position.

He has perfectly executed scary sequences, from which other scare-jump creators can only learn. Similarly with tension building and writing. A simple film about hunting an overgrown, hungry beast still possesses the extreme power of destruction. There's something evocative of Moby Dick in this clash with a deep-sea monster. And if it comes to people  the one-and-only Roy Scheider, Robert Shaw and Richard Dreyfuss. It's just a movie about a shark, I know. But one of a kind.

Spielberg's Jaws were just a first part of the series. After the first film since 1975, three next installments have appeared directed by various directors. Roy Scheider still played in the second part and it wasn't tragic yet, although it was much weaker than before. "Three" and "four" turned out to be the cinema of the class for which there were no letters in the alphabet. Just don't watch the last two.