Did 2021 have any big hits? Resident Evil: Village in May, Ratchet & Clank: Rift Apart in June, then Halo Infinite, although was already winter. Something else? Psychonauts 2, Hitman 3, Returnal – these are all great games, but they're nowhere near Half-Life: Alyx or Ghost of Tsushima. In September, Deathloop was released, but that's just the final proof that it's easier to sell sand in the desert than an immersive sim after 2005. The biggest releases of recent months failed almost universally, and instead, we got great, but niche titles. Hence the fact that Far Cry 6, Battlefield 2042, and all of the aforementioned games are so underdeveloped and bland, hurts even more. 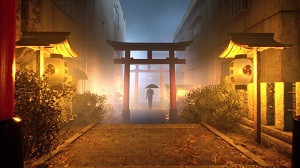 2021 looks all the worse when you look at all the games that were supposed to be released. And the list of postponed hits is really quite shocking, and who knows – maybe they would sweeten this nasty fall. In the last year, we were supposed to get games such as God of War: Ragnarok, Horizon: Forbidden West, Ghostwire: Tokyo, Dying Light 2, Hogwarts Legacy, Vampire: The Masquerade – Bloodlines 2, Gran Turismo 7 or Gotham Knights. But then, there's the future – with all the delayed games and a solid portion of it's own games, like Elden Ring, The Legend of Zelda: Breath of the Wild 2 or Starfield, 2022 could be simply amazing.

So, the players grabbed the metaphorical pitchforks, lit the metaphorical torches and set off for the metaphorical castle, i.e. they started giving embarrassingly low scores to disappointing productions. As I'm writing this, Call of Duty: Vanguard is the best-rated game from the AAA segment – with 37%, while Grand Theft Auto: The Trilogy is under the strongest flak, with an average of 5%. This year's editions of biggest names (apart from Forza Horizon 5) also got significantly weaker scores from the media. 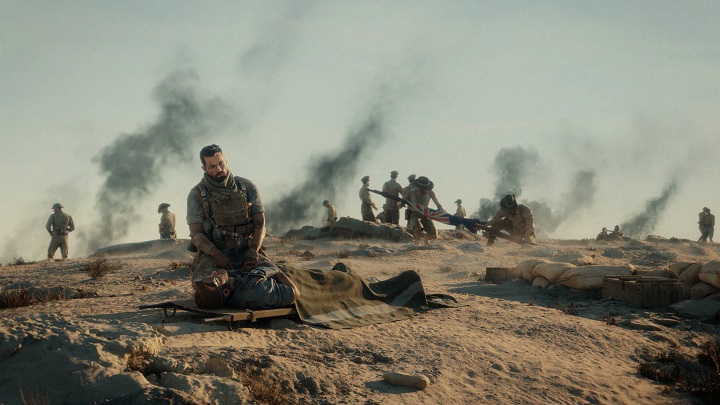 COD returned to the roots again, but this time, much fewer players fell in this nostalgia snare trap.

Activision and Rockstar's bosses probably do not lose any sleep over their Metacritic averages. The only thing they may be concerned about are the sales results, but here, too, the discontent of players has been voiced. Call of Duty: Vanguard is selling significantly fewer copies than previous installments, and old fans are increasingly maturing to take a leave of absence from it. Far Cry 6's results disappoint shareholders and Ubisoft stocks plummeted. The sales of the new editions of Skyrim and GTA: The Trilogy are a mystery so far, but it's hard to expect that the hopeless ratings will translate into commercial success. Only Battlefield 2042 can boast good financial performance, although the game servers are reportedly emptying at an alarming pace.

Is the fall of 2021 supposed to be the Spring of Video Games, in which the oppressed masses of players finally opposed their heartless masters, demanding fresh ideas, bold visions, and respect to consumers? It's a beautiful vision, but I think I've been part of this industry far too long to to take it seriously. Perhaps such series as Far Cry, Battlefield or Call of Duty actually hit a stonewall, and the players, milked over the years, realized that they were not being treated fairly. But this collision does not necessarily have to mean better days for these series. 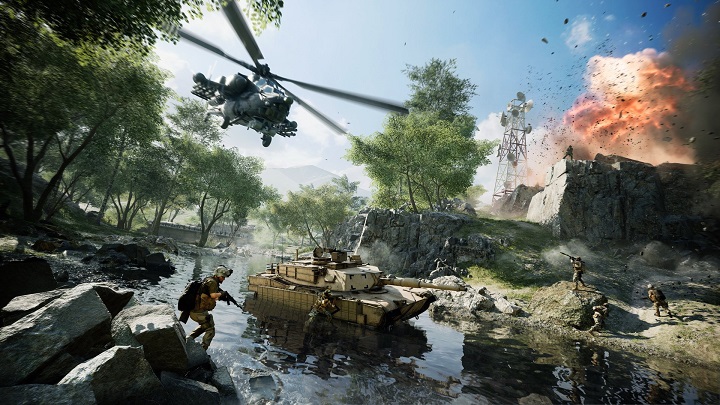 Behemoths like Electronic Arts or Activision find it difficult to change course.

We should remember that this is not the first time that the greed of publishers was severely criticized by players. To be more blunt, it's yet again the greed of the very same companies. Until recently, Ubisoft released new Assassin's Creed annually, and the production line didn't seem to stop even for a moment. It was only curbed by the public's vehement backlash against nearly unplayable Unity and the poor sales of Syndicate. The French studio took a break, modified the formula... and now Origins and Odyssey have become the template for seemingly countless new installments. If I had to guess what the result of the ill-fated fall of 2021 would be, I'd say it would be the same case as above: one or two more ambitious follow-up installments that will set the news standard for rehashes, reiterated over the years ad nauseam.

And then, a lot could change for the worse. Do you remember that time when Star Wars: Battlefront was released, everyone scolded EA for severely limited content? Well, Electronic Arts seemingly listened: the second part included a single-player campaign, more maps, more modes... and a microtransaction system that would be out of place in a free, mobile game, let alone in production costing $60. I'm willing to bet donuts against dollars that if consumers will indeed start coercing the publishers to deliver products of higher quality (namely "playable"), then the companies will want to make an extra buck off it. 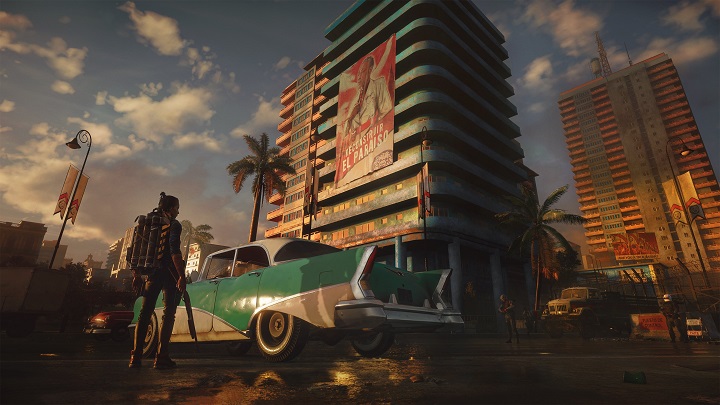 In an outburst of daring creativity, Ubisoft allowed us to explore a city in Far Cry 6. Empty and bland, but you probably did not expect a revolution from a game about revolutionaries.

But disappointment with high-budget series has a chance to bring at least some good. Perhaps the aforementioned mid-range games will benefit – maybe someone will look at the bland Far Cry 6 and decide to give Deathloop a chance? Because although the biggest hits failed, 2021 was not so bad in terms of overall game quality. Apart from the mentioned AA games, there were also many smaller or independent titles: The Medium, amusing and terribly difficult Death's Door, painfully old-school Loop Hero. Well, if for some reason you signed a pact obliging you to buy a game published by Electronic Arts every year, instead of Battlefield 2042 or FIF-22 you can get It Takes Two. I guarantee that instead of a reheated chop, you will get a lot of freshness, instead of frustration and irritation – quality cooperation. And the chances that someone will offend your mother will be much smaller.

Unfortunately, players seem to have the memory of a goldfish. In a year, we will probably fall for Activision or Ubisoft's hype train again, if they only throw enough bells and whistles and a guest appearance of a popular actor in the trailers of their new games. But I must admit that this year's October and November also gave me some sadistic satisfaction, even despite the fact that I know how little will change in the end. The current wave of criticism sweeping big publishers can be truly cathartic for people tired with blowing the whistle of great, hyped fall releases, which offer little beyond formulaic ideas. So, we can try to find solace in the fact that in a sea of delays and disappointing releases, we've at least pinched the giant gaming corporations in the nose, reminding them that the real strength is in our hands, or rather – our wallets. No wonder they're so eager to empty them.