I hate grinding and the farming. Running around in circles in the same dungeons just to get better hardware and more experience points. I've made one exception so far. When it took a really strong team to progress further in Final Fantasy VI, I gnashed my teeth and roamed the continent for hours, killing fauna and, I think, also a bit of flora. And though I loved the game with a beautiful summer love, I made a promise to myself: Never again. But people are like noodles: heat them up, and they go soft. The game that softened myself was Grim Dawn. How did it happen? It made me feel quite guilty.

I reached for Grim Dawn because, in anticipation for Diablo 4 and Lost Ark, I had some time and brain cells to kill. The setting is quite similar  we're dealing with a dark, apocalyptic fantasy; a world, in which the humanity already lost. Here, however, the Judeo-Christian imagery was intertwined with Lovecraft, and a touch of Renaissance. The main story unfolds as we discover more tasteful and well-conceived archetypes, but the real joy comes from side stories that allow us to really feel this world and the character we lead through occasional moral choices. And we're talking about a stupid hack'n 'slash! A budget diabloid, in which the story is nothing but a pretext for a massive slaughter of otherworldly creatures. 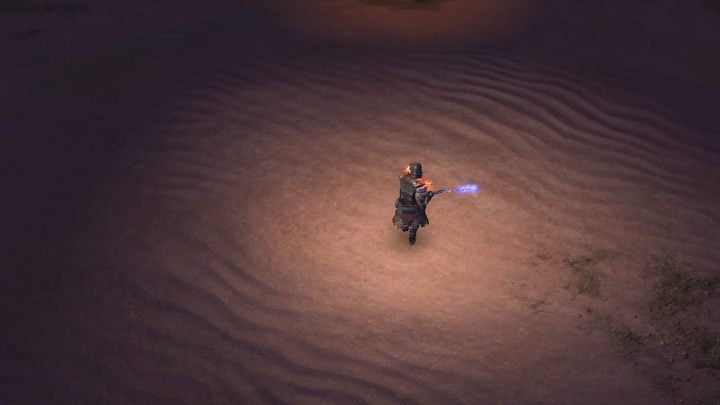 What if grind is just a way to fill an emotional void? Who are we, where are we going? "East, always east," some weary voice suggests.

But there's some serious protein hidden a Grim Dawn's sidelines. And this is where I got into trouble (not for the first time in this game, but this was certainly the most spectacular). This tragedy began with the Ashes of Malmouth DLC. While I was looking for a way to the eponymous city overrun by a destructive alien force, I turned to a coven of witches living in the swamp for help. They were robbed of an important relic by the residents of the town of Barrowholm.

You know, I sometimes forget that a marshy podunk in a world that has anything to do with Lovecraft can't mean anything good. I obeyed the hacknslash habit, expecting a hub, where I could trade and talk to NPCs; a safe haven. When I got there, the game gave me a choice  negotiate or break through with sheer force. Another habit, this time from RPGs, took over, and I opted to negotiate. The sect gave me a simple task, after which I could give the artifact back to the witches and continue north, following the main storyline. But I was doomed by curiosity. Despite the red flags, I decided to work for the Barrowholm cult for a while.

That they're weird? I knew that much. But who in that world isn't? Humanity was crushed by a clash of two extra-dimensional forces that treated us like food and pawns in their own game. Barrowholm was different. Organized, calmer. And creepy. After a rescue mission, which involved dropping a few wretched people trapped in the swamp into the city portal, I couldn't find those people anywhere anywhere. Once my reputation was sufficiently high, it turned out that they had been sacrificed, and the entire city works like ants to bring back the Ravager  an ancient, powerful being, very reminiscent of the Wendigo of Indian legends. A being that's not very friendly to humans and a to the few deities that still look favorably at humanity.

At this point, you have to understand one thing. I'm all about storylines. I'm a degenerate who looks for story in a Tetris or RTS games, let alone a hack'nslash with thick atmosphere. My decision  despite good intentions  has cost the lives of several people in a world I have already immersed myself in through interactions with NPCs, reputations with various groups, secrets and notes found along the way. Crate Entertainment did their homework in respect to building a compelling universe on a budget.

And I had a plan. According to the LARP and improvisational principle of "play for trouble," I decided to take Barrowholm to the end. I took a chance, helped summon the Ravager. As a penance, I wanted to get things done quickly and painlessly. And painful it was, and certainly not quick. It took several hours of work to develop the levels of reputation that allowed me to perform the missions associated with this storyline. And when I was standing in front of a big, horned beast, a forest Ghoul, whom I decided challenge, I turned I'm a two-hits man. 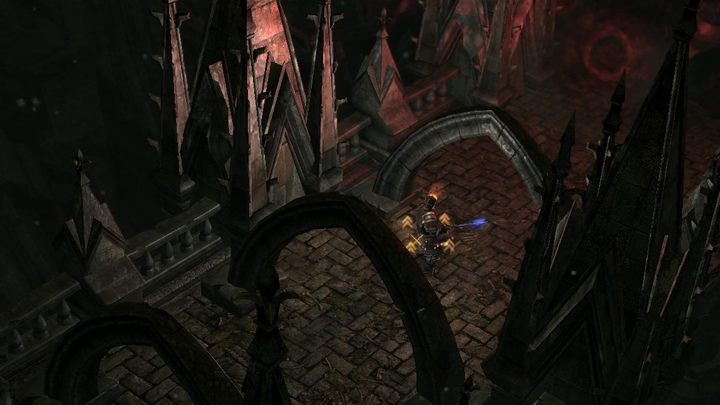 Grim Dawn definitely vibes like hell. But that's not the only compelling element.

That meant but one thing. Grinding and farming. A real ordeal was upon me. "Suits me right," I thought. "I could have quit." Isn't that right? Well, actually  it's not. Grim Dawn challenged my conscience. I needed a well-built character  and I didn't want to rely on ready builds from the web; my endgame assumed lacerating the Ravager and saying goodbye to the game at least for a while.

So, I decided to buy the Forgotten Gods, completed the story, the side missions, and some secrets, as well as the maps added with the latest patches (Crate provides some small but interesting tasks as part of some updates). I even did a lot of errands. And, of course, I repeated the locations ad nauseam. Besides, this game greatly encourages exploration and rewards it with a ton of useful hardware and craft schemes. And so it bought me.

Up to a certain point, character development, completing side missions and returning to the main storyline was organic, but then, the storyline ended. But it was merely the beginning of my own story. My ultimate goal was to right all my wrongs. To face the consequences of the guilt that baned my character. "The dramatic guilt" now needed no more than five hits to smear me across the clearing with a contemptuous laugh worthy of Shao Kahn. Ravager treated me like a comforting pet that arrived every now and then to entertain him.

So I adopted a stubborn strategy  get down, get up. I would leave a portal near the location and return after the local Wendigo humiliated me again (he didn't recover much of his life at this level of difficulty). I would be able to win using this cunning strategy, but it would take no less than four hours of attempts. I went all soft after two and a half. "All right, joke's on me," I thought, "I found my Ivan Drago. It's time to play Eye of the Tiger on repeat for about 15-20 hours. 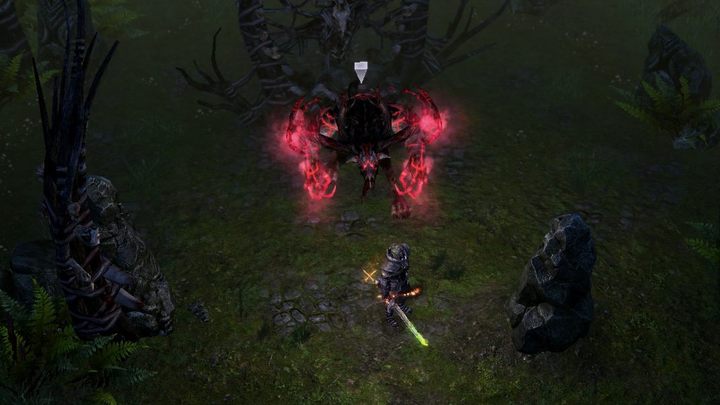 THIS IS MY ENEMY. Everyone gets the Diablo they deserve.

Thirty hours after the main thread ended, I was still leveling up like crazy. With eyes peeled, surrounded by leftovers of food that brings nourishment but not good health, I launched a crusade. To defeat that fucker once and for all. The tools mentioned in the introduction can work wonders and are more abundant than in other media. It's not just image, animation, text and sound. Video games prey on our sense of responsibility: By allowing us to make decisions, they jab at it, compelling us to save the world  after all, we're responsible for bringing that ugly son of a bitch upon this realm of tears.

In the end, I faced Ravager armed with some really decent gear, and a differently built character (Grim Dawn allows character rebuilding). The wind was howling, I heard a thunder, epic music was echoing under my skull. "This is it," I though. "The showdown." The Beast was pounding fiercely, and it took about a dozen hits to kill me, even though I drank potions at the appropriate rate. But Ravager's life expectancy was finally less pronounced. And finally, after about an hour and a half of trying, the son of a thousand mothers fell. He dropped a nice object, I got an achievement. My trouble was over. It was the middle of the week, about three a.m.

People with decent enough builds take no more than a few dozen minutes to do away with Ravager; pros take even less, but that requires some mad skills and a perfect build.