On March 15, 2022, Grand Theft Auto 5 launched on PlayStation 5 and Xbox Series X/S. This is the fourth release this game has had – we played it for the first time way back in 2013, on PlayStation 3 and Xbox 360. A year later, it was released on PS4 and Xbox One, and in 2015, it became available on PC. Rockstar reheats the nine-year-old chop for the third time and doesn't even try to pretend that it is some kind of a remaster with bigger visual changes – thus defying the marketing trends of recent years, treating the next-gen version just like another port.

This is a big event – the latest incarnation of GTA 5 has been given a lot of space at the largest conferences, the announcement of the release date on PS5 and XSX/S was highly anticipated, and the release of the free version of GTA Online itself to owners of PS5 is considered a significant gesture. And that's not particularly surprising when you consider that Grand Theft Auto 5 (and especially its GTA Online) are still immensely popular. Even without these new versions, it sells millions of copies every year.

Not everyone seems thrilled by such intense monetization of the game, which now officially spans three console generations. Regardless of GTA 5's popularity, some people have been playing the game for almost a decade, and they can be forgiven for having a nauseating feeling right now, more looking forward to info about the next installment than announcements of the fourth release of the last one. But I wanted to talk about something else. The fact that the release of the embellished port of a nine-year-old game for new consoles can still be a big event is proof that good games don't get old that fast anymore. And that's great.

The first installment of the Metal Gear Solid series (and indeed the third one, but this is not a history lecture) was released in 1998 on PlayStation and was immediately recognized as one of the best games available back then. It was delightful in every respect – not only due to the unique storyline, which is the signature of the series, but also thanks to incredibly impressive visuals and revolutionary gameplay ideas. Nevertheless, after just a few years, this title became so archaic that in 2004 we got its full remake for GameCube. Metal Gear Solid: The Twin Snakes from the original game only retained the main assumptions and the plot – the visual setting was redone and looked much better, while the mechanics of the game were improved so much that it was impossible to return to the original after playing this title.

MGS and its remake are only six years away, and the difference in quality of the visual setting is enormous (source: https://www.youtube.com/watch?v=Adh4xDp50-A).

The first Resident Evil also followed a similar path. The father of survival horror debuted in 1996. Although it was difficult to accuse the game of any major disadvantages back then, just six years later, it was already prehistory and the new GameCube version was a full-fledged remake, not only improving the visuals, but also introducing many changes to the mechanics. The 2002 GameCube edition was so refined that there was no need for subsequent remakes. With textures upped to HD, it is distributed by Capcom to this day for PS4, PC and XOne. In addition, deciding a few years ago to create modern versions of the classic series from scratch, the Japanese found that the quality of 2002's Resident Evil Remake was still satisfactory, so they started right away with Resident Evil 2. In the case of the 1996 version, it only took six years for it to become completely obsolete, while the 2002 edition, already two decades old, still seems to deliver.

In the early 2000s, the rate at which video-games related tech was developed was exceptional. In just a year or two, games could become visually obsolete and start lagging behind in terms of mechanics or controls accessibility, and UI was rapidly changing standards. However, this process decelerated over time. The visual setting has reached a level where rapid revolution was replaced by slow evolution, and in terms of the gameplay itself, the optimization efforts allowed the creation of a certain golden standard. The process was smooth and slow, almost unnoticeable. And suddenly, we woke up in a reality where, once a good game is made, it can stay relevant for years, rather than months. 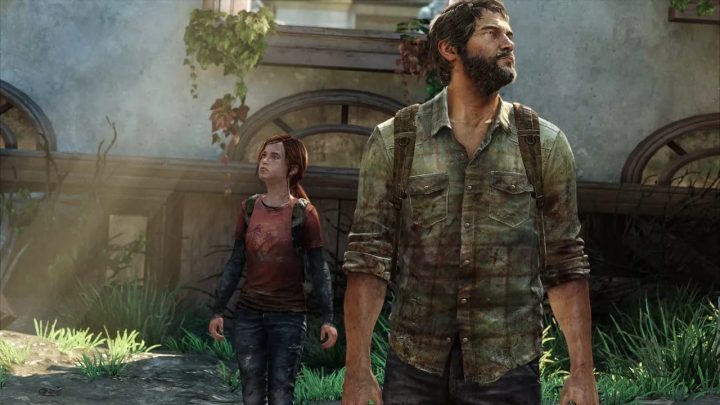 It's really hard to believe that this is what a nine-year-old game looks like.

Compare the stories of Metal Gear Solid and Resident Evil from The Last of Us. We met Joel and Ellie in the same year as Michael, Trevor and Franklin from GTA 5 – in 2013. A year later, we got The Last of Us: Remastered, which slightly improved the visuals. The new version didn't introduce any major changes, because it didn't have to – although TLoU was originally released for PlayStation 3, which was already becoming obsolete, the game looked insane and embarrassed many next-gen games for many years to come. Also today, there's nothing to be ashamed of, which is best evidenced by one fact. Birds have been chirping for some time that this gane may soon get a full remake. And the reaction of most fans to these rumors is not delight, but rather scratching of heads and asking the fundamental question: "What for? The original is still great." 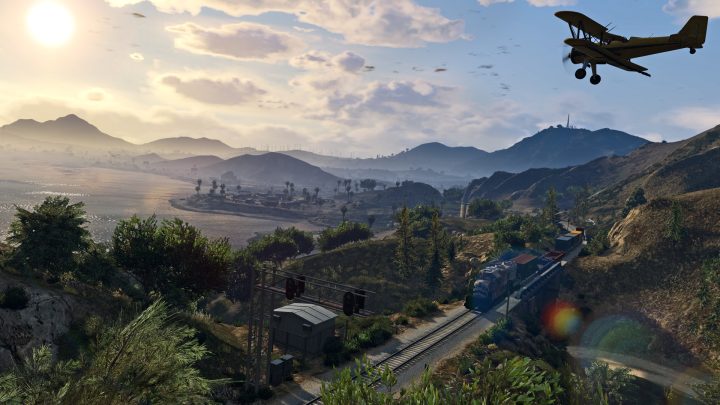 Grand Theft Auto 5 may be nine years old, but – whether in terms of visuals or mechanics – it doesn't feel outdated at all. Yes, the exotic wastes of Horizon: Forbidden West or dust-covered Saint Denis from Red Dead Redemption 2 are leagues above the city of Los Santos. But thanks to its impressive attention to detail and organic feeling of the world, it can easily compete with London from Watch Dogs: Legion, not to mention some of more low-end titles. Playing this game today doesn't require closing your eyes in disgust, because it isn't really archaic. It's remains quite a modern game for all intents and purposes.

An interesting case is also last year's Mass Effect: Legendary Edition. The package includes refreshed versions of the first three installments of the series, originally released in 2007, 2010 and 2012. And of these games, only the original requires a more thorough mechanical overhaul, and that's mostly because that game was blazing the trail for the trilogy and hadn't had the comfort of fully fleshing out its identity – in case of ME2 and ME3, we only received visual upgrades. 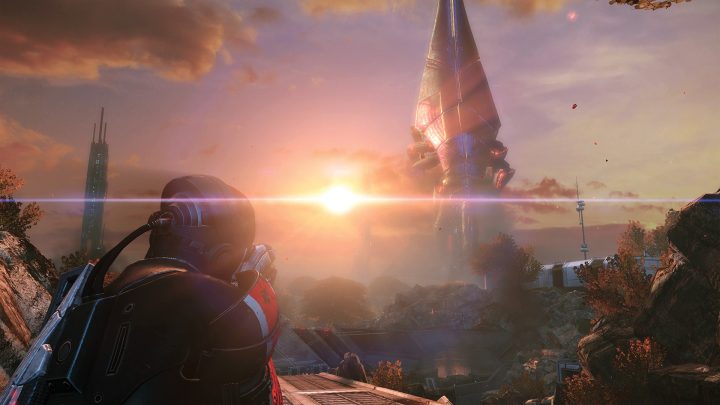 Only 1/3 of the Mass Effect: Legend Edition pack has received a major overhaul. The other two installments didn't need it.

GTA 5, The Last of Us and other games we already mentioned are just a few pieces of evidence to support the assumption that games, if only they're released as well-polished products, have stopped aging. The Witcher 3 will turn seven this year, and still remains one of the best RPGs out there (arguably also a better game than the much younger Cyberpunk 2077). Metal Gear Solid 5 still has the same pros and cons as it did seven years ago, making it a poor MGS on the one hand and still one of the best stealth games ever made on the other. It seems that only games that haven't been released in mint condition are failing to stand the test of time – because the passage of time only exacerbated their flaws.

Overall, this seems a wonderful phenomenon. It may prove that video games matured. Game development ceased to be a constant attempt to keep up with successive revolutionary changes and reinventions of the wheel. It seems that, at least for a while, it's all downhill for the developers. They don't have to worry anymore that if they don't develop a game within two years it will end up in museum. Postponing the release doesn't pose the risk of engine becoming obsolete, which would require updating the whole architecture to a new one (as was the case with Duke Nukem Forever, which is generally a fantastic illustration of how brutal this race against time used to be, as the creators have had to update the tech behind it numerous times). Rather than digging through months of how to develop meaningful controls of an action game, they can take advantage of the experience of pioneers and focus on figuring out the artistic direction, story, and all the other elements that could elevate their game beyond a proper control scheme. 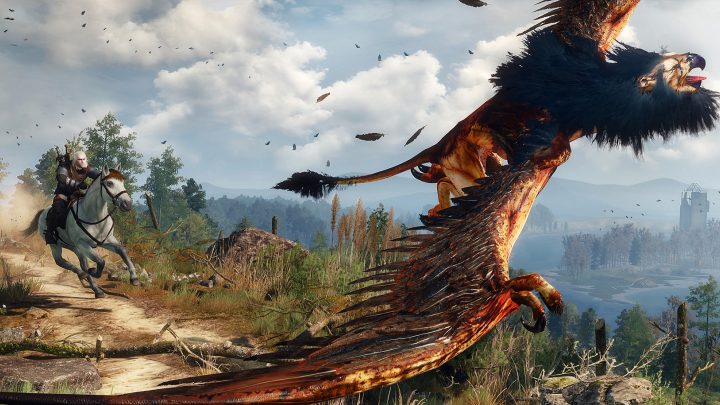 It's really hard to believe that The Witcher 3 is already seven years old.

The developers are not the only people benefiting from it. Gamers do too, because it means that certain elements in new games will almost always be done right. Hardly any game today has real problems with using a third-person perspective, which used to be a veritable bane in the past. Playing FPS on the pad has been comfortable and pleasant for many years now, although not so long ago, shooting without a mouse seemed unreal. We practically forget to appreciate how sleek and intuitive the controls or user interfaces have become, because that has simply become the standard – we pay attention to these elements only when they aren't working properly.

Thanks to this, there are much more games that deserve attention. Back in the days of PlayStation 3, backward compatibility was a whim, which was of interest to console owners only – few people were interested in playing the archaic classics. Today, PlayStation 5 and Xbox Series X are used to play new titles as well as those from previous generations – because they are still fun, even for the most demanding and novelty-hungry recipients.

The fact that good games do not get old that fast doesn't mean that new productions can't or don't introduce their own innovations. The qualitative difference between GTA 5 and RDR 2 is very clear, which, however, doesn't stop people from playing the former. The new and the better simply no longer brutally replace the old – it can exist alongside it, in harmony. That is why I will not buy Grand Theft Auto 5 on PS5 or Xbox Series X – the PS4 version is not getting old.