There are some clear similarities between virtual reality and stereoscopic 3D. First: VR is simply too expensive for now. We don't just need the headset (which has no utility other than VR), but also hardware that will support it.

The cheapest way to get VR-ready equipment is buying a PS4 with PS VR  the new set costs about $500 . It's an absolute minimum, with PS4 in the regular version, no extra controllers nor other gimmicks. Then, PS4 graphics are noticeably poorer than modern PC. If you'd like to experience VR on PC, you're going to need to spend even more  Windows Mixed Reality gear will cost about $500.

Comfort is also an issue, even more serious than in the case of 3D. Spending more than hour in the cumbersome helmet isn't the most fun thing you can do: it makes you sweat and it makes it hard to do anything else than playing. . 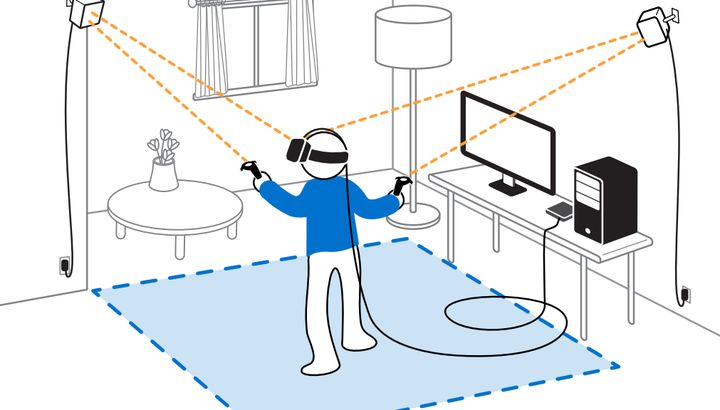 Not everyone has enough room to accomodate VR.

On top of that, getting the set ready for gaming is often quite cumbersome  some require installation of cameras around the room, and all of them require a little bit of space. More affordable solutions on the market begin to appear, but they are hardly the standard. Since there's no single, specific standard in terms of control, assembly or requirements, which can be a problem in itself.

Differences between VR and 3D TV

Well, finding parallels between VR and 3D is quite simple, as you can see. At the same time, however, there are some areas where virtual reality and stereoscopic 3D are very different. First and foremost  VR actually changes the way we consume entertainment. The stereoscopic 3D games and movies are mere gimmicks. Of course, there are some productions that use the technology in a way that makes you completely satisfied, such as Beowulf and Avatar, but it's quite easy to shrug these off. I mean, it's the same movie.

VR is different. We don't look at the screen, we don't watch  we immerse in the world in a way that has never been attainable before. Sure, this sounds like marketing cheap talk, but most people, who used VR will tell you the same thing  it is something completely different. VR really tricks our brains into believing in what we see. The physicality of the game world becomes complete ; standing atop a tall building or speeding up in a car feels like the real thing. Then, if you come across a monster in a horror movie... well, take a look at this video:

The second feature that distinguishes VR from 3D TVs  this time on the downside  is that in many cases, the technology is not suitable for playing with friends. We can watch 3D films together with our family (provided we have enough pairs of glasses). The same goes for playing games in 3D  even if only one person is playing, several others can watch, and their experiences are not drastically different from those experienced by the player. By putting a helmet on our head, in turn, we are practically cutting ourselves off from reality. Only some of the hardware (e.g. PlayStation VR) allows other people to watch, but watching it in 2D just isn't the same.