If you took warrior Eivor and have already traveled the territories of Norway and England in Assassin's Creed: Valhalla with them, or you are going to do so in the future, you're probably thrilled with the Norse setting. These somewhat mysterious warriors are lately quite popular, as evidenced by the TV show Vikings, for example. Some, especially fans of the Assassin's Creed series, may get hooked on the Nordse mythology and themes, and become more interested in exploring their history after playing Valhalla.

Ubisoft is known for its rather liberal approach to historical facts and authenticity, so we will not go into too much detail as to how historically accurate the game actually is. First of all, we want to bring you closer to the actual realities of Viking life in the Middle Ages, perhaps also to do away with some pop-culture myths, so that everyone can see for themselves how close  or to the contrary  Valhalla universe is to the facts. You'll be able to do it when the time is exactly ripe for you, as the game's really huge and full of secrets. 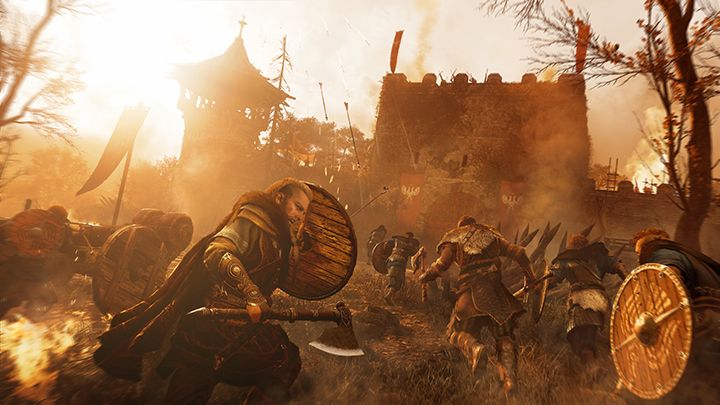 Is AC: Valhalla realistic about the Viking world?

Before we begin, we want to disclaim: none of us have doctorates in Viking history. Therefore, in addition to studying various sources on our own, we decided to ask for help from real experts in this field. Our descriptions are enriched by the statements and comments of Leszek Gardela, a PhD, researcher at the Danish National Museum in Copenhagen, and Ms. Ewa Strukowska from a historical reconstruction group Utgard.

The term "viking" does not denote nationality or ethnicity, but a specific way of living. Therefore, Vikings might as well have been residents of lands outside Scandinavia.

One of the most frequently repeated mistakes is capitalizing the word "viking," and thus suggesting it's a nation of people in a similar sense as, for example, the Saxons. Meanwhile, the origin of the word "viking" is much more complicated, and in scientific and historical works several different theories have been proposed on this subject. There have been attempts to combine it with the Old Norse word "vik" (Bay) and the old English "wic" (a port settlement), or the fornsvenska (Old Swedish) "vika" and the Old Norse "víkja," meaning "change of rowers." The latter in the feminine form "víking" meant a distant overseas expedition, and in the masculine "víkingr"  a participant of such expedition. 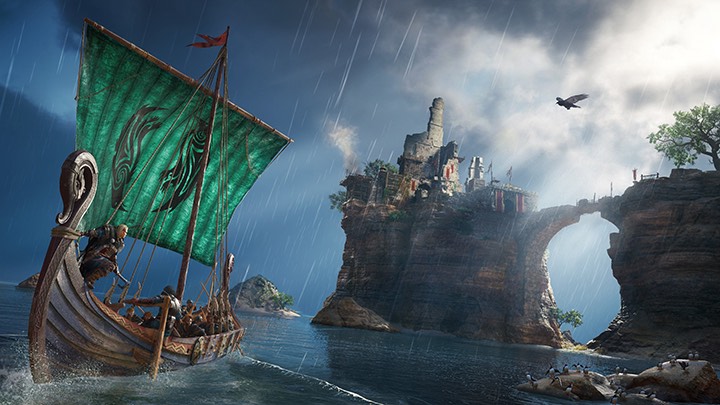 "Vikings" doesn't denote members of the nation of the ancestors of IKEA owners.

"Viking" also meant participation in long, overseas expeditions, mainly for military purposes and looting. Initially, this was the term used to describe any raid of this type, regardless of the ethnicity of the raiders, but during the period of Scandinavian dominance in the seas, the word kind of stuck to them. The terms "viking" and "vikingr" appeared in runic inscriptions and Icelandic sagas describing the 10th and 11th century. A viking could mean a trade expeditions (rather than a raid), and the ill fame didn't actually surround the word until after the viking era.

Horticulture and trade  not just looting

The vast majority of the Nordic peoples were farmers and herders, also hunters. They were excellent craftsmen  their embroidery or jewelry design is beautiful. And, of course, they were excellent merchants, who traded along the coast of all Europe, from the Mediterranean and the Black Sea, to the coasts of northern Africa, penetrating deeply inland using rivers.

From the 9th to the 11th century, we generally talk about the so-caled Viking Age  basically, a very turbulent time in all of Europe. I don't think the Scandinavians by any measure a more expansionist nation than any other people in Europe.

The daily life of the vikings was not as turbulent and hazardous as pop-culture images try to convince us, and it did not consist solely in fighting and conquering other peoples. Thanks mastering maritime travel, they were able to venture into distant regions and trade with exclusive goods otherwise unavailable. Merchants from the North offered walrus tusks, seal and whale skins, as well as wood and iron. They were also known as slave traders, usually trafficking humans into the Arab countries. Assassin's Creed: Valhalla tries to portray this more peaceful side of the vikings, as some of the areas can be taken over not by military conquest, but rather completing a storyline. 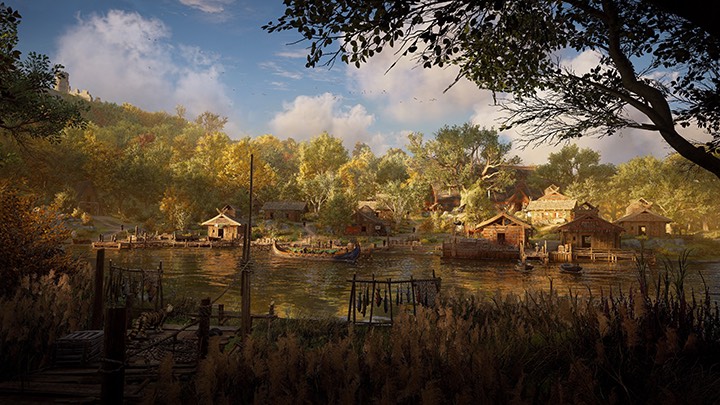 Many "vikings" were simple farmers and merchants.

There, of course, were Invasions of faraway lands, and one of the main reasons for the conquest of other lands was certainly the desire to acquire more fertile lands for agriculture, which definitely was difficult in the Nordic world (with the exception of Denmark). Vikings usually worked hard in the fields, but the yield was often very modest. Famine was often a direct concern, and historians emphasize how unrealistic is the pop-culture image of a towering, strong Norse warrior.

The mortality rate among children was up to 40%, and the skeletons found from this period often showed signs of malnutrition, chronic diseases or congenital injuries. This was one of the reasons for "amateurs" to go on looting expeditions  people, whose regular profession involved crafting or carpeting, rather than cracking skulls with axes.

Among those who went on vikings, there were both "pro" warriors, but also people, who ended up participating for economic reasons.

If so many Vikings were merchants or farmers, then where did the stereotype of a fierce, brutal warriors come from? There's an important detail that Assassin's Creed: Valhalla actually nicely emphasizes. Playing as Eivor, we often find gold chests with precious loot, hidden in temples of the conquered lands. This is quite accurate historically. Settlements and temples were eagerly targeted during raids, simply because places of worship usually contained valuable items, and at the same time the defense was not as strong as in large cities or forts.

Note, however, that friars and monks were the literate minority of that world, and as such, they were able to perpetuate the image of Nordic peoples as brutal, savage raiders. We can't just dismiss that as their malevolence though, as they indeed only had a chance to recognize the vikings as looters.

The clergy and lay elites developed the ability to write most rapidly. Coincidentally, they were also the most profitable target for raiders.

The Vikings needed gold and riches (to buy land, to get married, to get high-end weapons more quickly, to buy people, build ships, and thus gain power)  and here, indeed, temples, monasteries or small towns were the best targets. And it were the monks who could write, their testimonies and version of history was preserved.