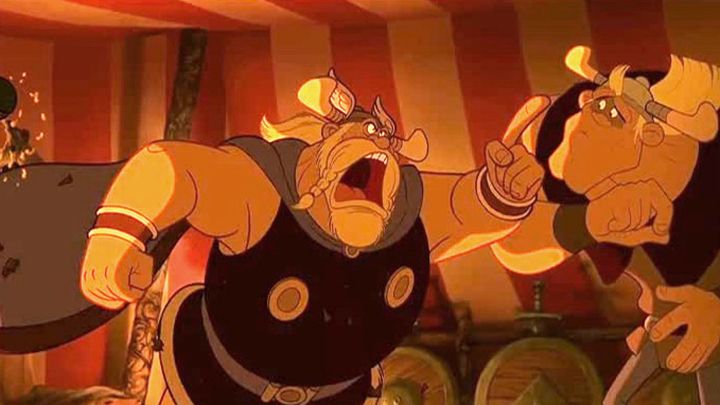 The symbol of a viking in pop-culture is a horned helmet. Source: IMDb.

Another common misconception is the iconic horned helmet. In fact, Nordic warriors used ordinary, nasal helmets, which were very popular throughout the whole Europe around the 10th century. They differed mainly decorative elements.

So far, only one complete helmet was extracted from the Scandinavian graves. It is an artifact from the mound in Gjermundb, Norway. It is a helmet of a different type, formally referencing helmets from a previous era, the so-called Vendel Period.

So where did the rather popular image of a sinister helmet with horns come from? From much later, more civilized times, although they aren't just a figment of imagination.

Horned helmets were conceived in the 19th century for the operas Nibelungenringen and Valkyrie. The level of historical knowledge and archaeological dating capabilities were not very high at the time. The excavations associated with the Scandinavian peoples actually yielded the remains of horned helmets, and they were used because they were so very distinct, intimidating, and awe-inspiring. Today we know that these are remnants of a much earlier period. There are indications (based on iconography) that similar helmets may have been used in religious ceremonies. 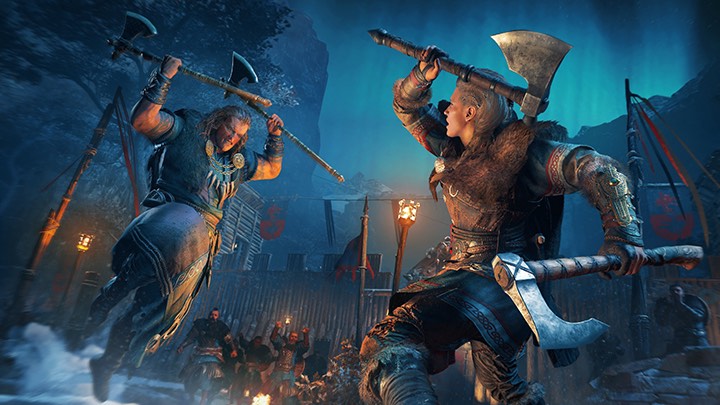 Axes dominate the game. In fact, however, axes were weapons of the poor.

Assassin's Creed: Valhalla quite realistically shows this fact, as there aren't many "horned" warriors among the members of the clan. Equally interesting is the issue of weaponry used by the vikings. The game gives us access to an axe at the very beginning, and this weapon is used throughout the game in different variations, though we can also use swords, bows, etc.

In fact, the type of weapon used depended heavily on the economic status of the warrior. Swords were extremely expensive, so only the richest could afford them. Axes were much more affordable, and therefore much more common, just like the cheap, effective, and accessible to all spears. Interestingly, as reported by Scandinavian historians, weapons from those times were quite easily found during various archaeological excavations, unlike helmets and pieces of armor.

A smooth transition from axes to women may seem strange, but it fits the narrative of Assassin's Creed: Valhalla. After all, the game let's us freely switch the gender of the protagonist at all times between male and female. Is this an emanation of "cultural marxism" of the creators, or a historically justifiable decision? 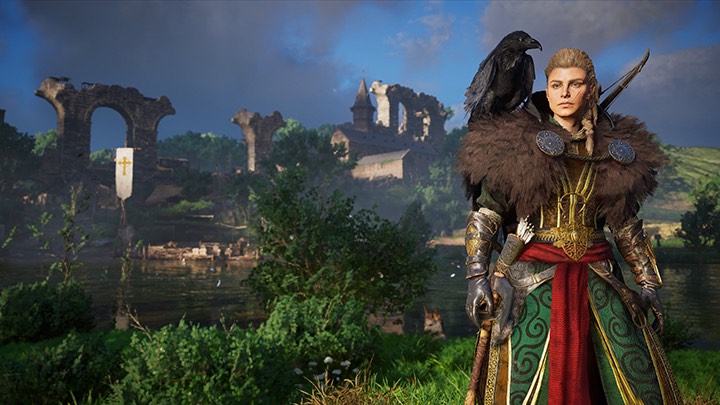 Turns out, that indeed, viking women, compared to other European tribes and nations at the time, enjoyed more significant authority and more freedom, mostly in terms of their rights. Of course, life was organized along the classic division anyway, with women being concerned about the household and anything within its boundaries, and men traditionally taking care of anything outside, including agriculture.

What did the vikings eat?

The vikings didn't have a particularly definitive, viking dish. Living in the north, they needed a lot of energy, and therefore consumed foods rich in fat, particularly important in winter. Their diet was slightly more varied in the more fertile areas of England than in Scandinavia. According to the Anglo-Saxons, the Vikings devoured food at an astonishing pace.

They consumed a lot of fish, meat, dairy and grain products, getting their carbs mainly from forest fruits and honey. Those who were not engaged in the production of food, had to buy it. It is said that the famous Swedish Wasabröd has its roots in those ancient times. 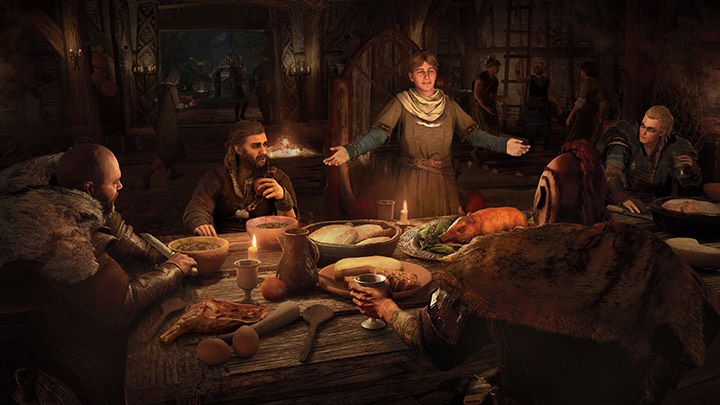 The vikings in the north often experienced malnutrition. Shortage of food isn't really visible in the game. Is there Wasabröd in there?

However, things changed when most men went on overseas expeditions, often lasting several months. At those times, the responsibility of running the settlements shifted to women, who hunted and sometimes fought. They also had more social freedom and were able to make independent decisions concerning their lives.

Scandinavian women were far better off than their counterparts across continental Europe. The specificity of their life has brought them to understanding that cooperation is imperative to survival. When men set out to trade and explore the world, women back home maintained the cultural and societal backbone of their nations. Although legally often represented by brothers or husbands, as girls or young women they enjoyed broad independence. They could decide about getting married, had the right to divorce, the right to inherit after their husband or childless members of their families. They were also free to trade, craft, and participate in the expeditions.

On the basis of preserved sources  both written and archaeological  we can conclude that women enjoyed great esteem in the so-called viking world. They could divorce and, under certain circumstances, they could also attend thing fields/assemblies.

Gardela notes, however, that the social position of men and women wasn't equal. Men held a degree of superiority, but it was more a matter of women performing different roles than men, rather than being simply submissive to them. Were there any female warriors such as Eivor? Historical sources seem to confirm it:

Written sources give names and describe the actions of many such women. We have the legendary Hervor, to name one of them, who allegedly led her own band of vikings, and was an avid warrior from an early age. It seems to me that in certain circumstances, women would reach for arms and fight alongside men  but this was not the norm. It is possible that a large proportion of these women came from elite backgrounds, which would not only be more liberal, but also more legitimized to cross various social boundaries, including those concerned with gender.

Speaking of warlike women, it's impossible not to mention the Valkyries, choosers of the slain from the Norse mythology. Legends about them have probably been informed by real events and actual female warriors. Over time, rumors and stories about them turned into legends and myth. Among the vikings, the most famous female warrior was Hervor. 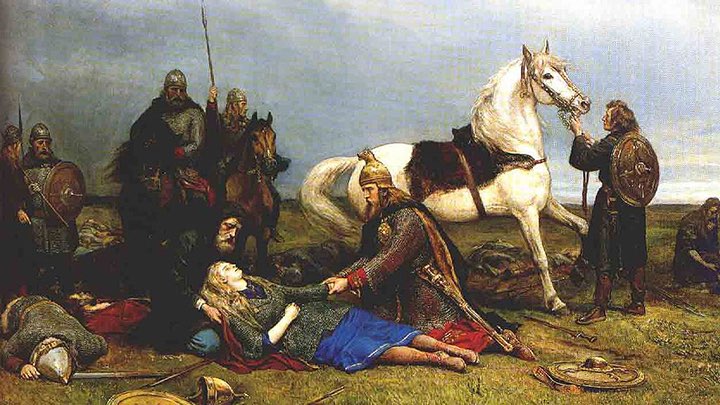